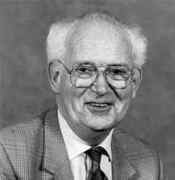 John Aitchison's parents were John Aitchison, a railway signalman, and Margaret Blackhall. The family lived in East Linton, a small town about 35 km east of Edinburgh. John attended East Linton Primary School, a Victorian stone single storey building which was built in 1880. For his secondary education he attended Preston Lodge High School, in Prestonpans, a town on the Firth of Forth about half way between Edinburgh and East Lothian. This school had been opened in 1924, two years before Aitchison was born, and when he attended, the headmaster was Andrew H Millar. Aitchison excelled at Preston Lodge High School but never had any thoughts of attending university. However, when he was in his final year, the headmaster, Andrew Millar, said to him "You'll be going to university, won't you?." Aitchison said later that being a shy boy he certainly was not going to argue with the headmaster, so he said "Yes", and applied to the University of Edinburgh.

Aitchison was only 13 when World War began in 1939. This had little impact on his school career and, by the time he entered the University of Edinburgh in 1943, the war was still in progress. The M.A. degree was a four year course and Aitchison was taught by a collection of leading mathematicians and physicists such as Alec Aitken, Arthur Erdélyi and Max Born. Edmund Whittaker should have retired in 1943, the year Aitchison matriculated, but he had agreed to remain in post because of the war and so Aitchison was also taught by Whittaker. Aitchison was very successful, being awarded the Foundations of Analysis Medal in 1946 and a Bruce of Grangehill Scholarship in 1947. He graduated with an M.A. with First Class honours in mathematics in 1947. When he reached the age of 18 the war was still raging and he became eligible to be called up for war service. However his call-up was deferred since one of the topics he was studying was radar techniques.

Although the war ended in 1945, young men were still required to undertake two years of national service when Aitchison graduated in 1947. His mathematics degree allowed him to avoid military duties if he undertook civil work of national importance. One possibility which allowed a mathematics graduate to avoid the military was actuarial work and this was the route Aitchison decided to follow. He undertook actuarial training with the Standard Life Assurance Company and passed Part II of the Faculty of Actuaries Examination in 1947. At the end of the two years, in 1949, he was free to continue his education. Awarded a scholarship to Trinity College, Cambridge, he began to take courses leading to a B.A. Although it might seem strange that someone was an M.A. would then study for a B.A., it was not uncommon for someone with a Scottish degree to study for an undergraduate Cambridge degree. His interests turned towards statistics after he had attended an introductory course given by Frank Ascombe. He was fortunate that in 1949, the year he entered Cambridge, a Statistical Laboratory was set up within the Mathematics Faculty although at first it was accommodated in a "temporary hut." Continuing to study statistics at Cambridge, Aitchison was taught by, among others, John Wishart, David Cox (born 1924 and joined the Cambridge Statistical Laboratory in 1950), Henry Daniels (1912-2000, appointed to Cambridge in 1947 and a founder member of the Cambridge Statistical Laboratory), Frank Ascombe (1918-2001, also a founder member of the Cambridge Statistical Laboratory), and Dennis Lindley (1923-2013, appointed as a demonstrator in the Cambridge in 1948 and joined the Statistical Laboratory when it was founded). Aitchison graduated in 1951 and, in the following year, he married Muriel Shackleton; they had three children, two sons Simon and Michael, and a daughter Susan.

In 1952 Aitchison was appointed as a statistician in the Department of Applied Economics at the University of Cambridge. This Department had been proposed by John Maynard Keynes in 1939 but, due to the outbreak of World War II, it was not set up until 1945. When Aitchison joined the Department in 1952 the director was Richard Stone (1913-1991) who was strongly encouraging the Department to undertake research programmes involving statistical methodology. Around this time Aitchison published papers such as (with S J Prais) The grouping of observations in regression analysis (1954) and On the distribution of a positive random variable having a discrete probability mass at the origin (1955). In 1955 William Brian Reddaway (1913-2002), a critic of mathematics in economics, became director. In the following year Aitchison left Cambridge when he was appointed as a Lecturer in Statistics in the Department of Mathematics of the University of Glasgow. He held this position in Glasgow until 1962 when he was appointed as a Senior Lecturer and also head of Mathematical Statistics at the University of Liverpool.

It was while he was at Glasgow that Aitchison published The lognormal distribution, with special reference to its uses in economics (1957) written jointly with J A C Brown. Alan Brown (1922-1984) was a statistician in the Department of Applied Economics at the University of Cambridge from 1952 to 1965 and it was there that he had begun the collaboration with Aitchison resulting in this important book. We quote from John Creedy concerning this work [1]:-

This book has perhaps reached the point of being a 'classic' in the econometrics literature. This was a pioneering volume in more than one sense. It was innovative in devoting a whole book to a single distribution, but it was very much broader in scope. Indeed it provided pioneering studies of the use of probit analysis, covering quantal and quantitative responses, in economics - in the context of Engel curves and new commodities. It was several decades before probit analysis became widespread - it is now of course ubiquitous in applied econometrics work - and 'The Lognormal Distribution' also derived some interesting analytical results regarding aggregation. This book was thus also a pioneering volume in nonlinear econometric methods, devoting considerable attention to iterative maximum likelihood methods based on Fisher's famous 'method of scoring'. The convergence properties of iterative methods were examined in detail, including the problem of how to choose initial values. This kind of work would not have been possible without access to mainframe computing facilities, and the book therefore also reflects pioneering work in computer programming in econometrics - making use of the unique computing facilities in Cambridge during the 1950s - necessarily using machine code rather than high level languages. ... 'The Lognormal Distribution' book was exemplary in showing respect for the historical development of the statistical methods involved and in paying attention to the stochastic processes capable of generating the form of the lognormal distribution, rather than simply adopting a convenient approximation. It is also the only econometrics book I know that has a perfectly apposite quote from Shakespeare at the head of each chapter.

For an extract from a review of this book, and of other of Aitchison's books, see THIS LINK.

In 1964 Aitchison was promoted to Reader at the University of Liverpool but he only remained there for another two years before returning to the University of Glasgow in 1966 where he was appointed Titular Professor of Statistics and Mitchell Lecturer in Statistics. In 1968 he was elected a fellow of the Royal Society of Edinburgh. In the same year he published the first of his important student level texts Solving problems in statistics. The first volume was published in 1968 and the second in 1972. Between these he published Choice Against Chance: An Introduction to Statistical Decision Theory (1970). For extracts from reviews of these textbooks, see THIS LINK.

Aitchison continued to hold the chair at the University of Glasgow until 1976 when he was seconded to the University of Hong Kong as Head of the Department of Statistics. After a year, during which time he had retained his chair in Glasgow, Aitchison decided to make the move to Hong Kong permanent and resigned his position in Glasgow. In the same year of 1977 he founded the Hong Kong Statistical Society. The obituary [2] gives some details:-

In 1989 Aitchison retired from the University of Hong Kong and was made professor emeritus. He was not, however, retiring from academic work being only 63 years of age. He went to the United States where he was appointed as Professor and Chairman of the Division of Statistics of the University of Virginia. He spent five years in this role before retiring for a second time in 1994. One of his last papers while he was still on the staff at the University of Virginia was Principles of compositional data analysis (1994). He gives the following introduction:

Compositional data consisting of vectors of positive components subject to a unit-sum constraint arise in many disciplines, for example in geology as major-oxide compositions of rocks, in economics as budget share patterns of household expenditure, in medicine as compositions of renal calculi, in psychology as activity patterns of subjects. 'Standard' multivariate techniques, designed for unconstrained data, are wholly inappropriate for such data and yet are still being commonly misapplied. Recognition that the study of compositions must satisfy simple principles has led recently to the advocacy of new forms of analysis of compositional data. The nature of the absurdities arising from applying traditional multivariate techniques to compositions is briefly highlighted and a description of the essential aspects and the advantages of the new methodology is provided.

After retiring in 1994, Aitchison returned once again to Glasgow and he was appointed as an Honorary Senior Research Fellow in the Department of Statistics [3]:-

Besides still-intensive academic activities, John now devoted his time to gardening in his house in Carrington Castel, Lochgilphead, conjuring, and enjoying music.

Let us briefly list a few of Aitchison's other papers. We mention: On the Distribution of a Positive Random Variable Having a Discrete Probability Mass at the Origin (1955); The Construction of Optimal Designs for the One-Way Classification Analysis of Variance (1961); Large-Sample Restricted Parametric Tests (1962); A Geometrical Version of Bayes' Theorem (1971); Bayesian Risk Ratio Analysis (1981); and Biplots of Compositional Data (2002).

In addition to honours mentioned above, we note that Aitchison received two highly prestigious awards. He was awarded the Guy Medal in Silver by the Royal Statistical Society in 1988 and a Krumbein Award from the International Association for Mathematical Geology in 1995. The article [3] gives detains of this last mentioned award:-

President Ricardo A Olea presented John Aitchison with the Twentieth Krumbein Medal during the 1997 Annual Conference of the Association, which was held in Barcelona, Spain, September 22-27. The William Christian Krumbein Medal is the highest award given by our association. According to the by-laws, this medal is awarded to individuals who have made exceptional contributions in the field of mathematical geology. Conditions include (1) original contributions to the science, (2) service to the profession, and (3) support of the association. Professor Aitchison's accomplishments clearly satisfy the requirements. I am not only firmly convinced that he deserves the medal, but also happy that he was chosen. He has done important work in statistical research that is crucial to the advancement of quantitative thinking in the earth sciences.

Other pages about John Aitchison:

Other websites about John Aitchison: