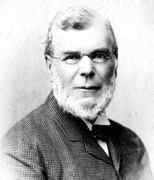 George Allman's parents were Anne and William Allman (1776-1846) who were married in 1814. William Allman, the son of Thomas Allman, was born in Jamaica but came to Ireland at the age of four years. He studied medicine at Trinity College, Dublin and after practising medicine in Clonmel, County Tipperary, he was appointed professor of botany in Trinity College, Dublin in 1809. As well as publishing on botanical topics, he was also interested in mathematics and published some minor works on the subject. George was the younger of his parents' two sons and was brought up by his father following the death of his mother Anne in 1831.

George Allman studied both pure and applied mathematics at Trinity College, Dublin, and graduated in 1844 coming first equal among the First Class students (with Samuel Haughton who became professor of geology at Trinity College) and winning the gold medal for mathematics. He married Louisa Taylor of Dublin and Corballis, County Meath, in 1853; they had one son and two daughters (their eldest daughter Bessie was married in 1878 and died in 1892). In the same year of 1853 Allman was appointed as Professor of Mathematics at Queen's College, Galway. He held this position for forty years until he reached retiring age in 1893. He became a member of the Senate of the Queen's University in 1877. He was nominated as one of the first Senators of the Royal University of Ireland in 1880, holding this position until the end of his life.

As to his mathematical contributions [1]:-

He contributed a few papers on mathematical subjects to scientific periodicals, besides an account of Professor James MacCullagh's lectures on 'The attraction of the ellipsoid', which appears in the latter's collected works. He also wrote a number of articles in the ninth edition of the 'Encyclopaedia Britannica' on Greek mathematicians.

The full title of the paper referred to in this quotation is On the attraction of ellipsoids with a new demonstration of Clairaut's theorem, being an account of the late Professor MacCullagh's lectures on those subjects and it appeared in the Transactions of the Royal Irish Academy XXII (1853), 380-395. Among the articles Allman contributed to the ninth edition of the Encyclopaedia Britannica were those on Thales, Pythagoras, Ptolemy and other Greek philosophers.

However, Allman's most significant contribution was Greek geometry from Thales to Euclid published in Dublin in 1889. He explains in the Introduction what he aims to cover in the book:-

In studying the development of Greek Science, two periods must be carefully distinguished. The founder of Greek philosophy - Thales and Pythagoras - were also the founders of Greek science, and from the time of Thales to that of Euclid and the foundation of the museum of Alexandria, the development of science was, for the most part, the work of the Greek philosophers. With the foundation of the School of Alexandria, a second period commences; and henceforth, until the end of the scientific evolution of Greece, the cultivation of science was separated from that of philosophy, and pursued for its own sake. In this work I propose to give some account of the progress of geometry during the first of these periods, and also to notice briefly the chief organs of its development.

In this he traced the rise and progress of geometry and arithmetic, and threw new light on the history of the early development of mathematics.

Nothing so painstaking, so lucid, and so satisfactory has been written on the history of geometry during the period selected, even in laborious Germany.

Allman developed methods of deduction of historical information which have proved fundamental in discovering information of the type described in our articles How do we know about Greek mathematics? and How do we know about Greek mathematicians? in this archive.For example in [3] Neuenschwander uses a philological technique developed by Allman in his studies of Hippocrates of Chios in order to show that Eutocius was by no means quoting directly from Eudemus's History of geometry.

He was honoured with the award of an honorary D.Sc. from Dublin University in 1882 and he was elected a fellow of the Royal Society of London in 1884. Queen's College Galway sent him as their delegate to the University of Bologna in 1888 to take part in their octo-centenary. He died of pneumonia at Farnham House, Finglas, Dublin.

In every relation of life he was estimable, and his loss will long be felt by a large circle of college and other deeply attached friends. To the latter he was endeared by his affectionate, frank, and genial disposition; and no person who came in close contact with him could fail to be impressed by his integrity, sincerity, and strong sense of duty which were among his marked characteristics.

Other Mathematicians born in Ireland
A Poster of George Allman

Other websites about George Allman: