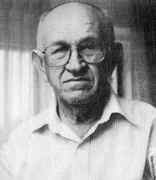 Shimshon Amitsur was named Shimshon Kaplan, and known by this name for about the first 30 years of his life. We need to understand a little of the background to the creation of the state of Israel in order to put Amitsur's life into perspective.

In 1917, before Amitsur was born, the British foreign secretary stated:-

His Majesty's Government view with favour the establishment in Palestine of a national home for the Jewish people, and will use their best endeavours to facilitate the achievement of this object, it being clearly understood that nothing shall be done which may prejudice the civil and religious rights of existing non-Jewish communities in Palestine, or the rights and political status enjoyed by Jews in any other country.

In July 1922 the League of Nations approved a British mandate over Palestine to carry out the aim expressed in the above quote. A constitution was drawn up by September of that year which allowed the Jews and Arabs to share power in governing the region, but it was not accepted so direct rule by Britain continued. It was in the state under direct British rule that Amitsur (at that time known as Kaplan but for the sake of simplicity we'll refer to him throughout as Amitsur) was brought up. His family moved to Tel Aviv when he was a few years old. The city had been built to form a European style city for the Jews in a predominantly Arabic area and had a population of around 40,000 when Amitsur's family moved there. He attended a commercial school in that city.

The principal of the school that Amitsur attended was himself a mathematician who had written a number of mathematics textbooks. He, as well as Amitsur's teachers, soon saw the boy's potential but Amitsur's parents were in no position to support him while undertaking university studies. The principal set up a fund to finance Amitsur's studies at the Hebrew University. He began to study at the university but World War II broke out while he was still an undergraduate. The years that Amitsur had been studying at school had seen large increases in the Jewish population as many refugees settled in Palestine, particularly in Tel Aviv. This had led to increasing pressure for a Jewish state with many advocating violence to achieve it. However, with the British attention fully involved in the war against Germany, Jewish offers of help in the war effort were hard to refuse. The danger for the British was, they realised, that a trained Jewish army would almost certainly later support an independent Jewish state.

Despite the misgivings, the British army formed a brigade of Jewish volunteers which Amitsur joined. As the British had feared, after the war ended in 1945 the Jewish military organizations in Palestine began to fight for an independent Jewish state. Amitsur was involved in this action. However, despite his war service, he had continued to study mathematics and to correspond with his professor and advisor, Jacob Levitzki. Amitsur was awarded an M.Sc. in 1946 and by the time he was awarded a Ph.D. in 1950 the State of Israel was already two years old, having been declared on 14 May 1948. Exactly when Amitsur changed his name is unclear but it must have been around the time that the State of Israel came into being. The reason was certainly to adopt a Hebrew name and a paper On a lemma of Kaplansky he had published in Hebrew in 1949 already gives the name of the author as Amitsur. However, the report on Amitsur's thesis which Levitzki wrote in 1950 is entitled "Report on the Thesis of Shimshon Amitsur" but in the text of the report Levitzki refers to the author as Kaplan. The thesis was on division algebras and in it he studied noncommutative polynomial rings [6]:-

In the process he developed some profound machinery for use in several of his early papers. ... this work involves ideas which were way ahead of their time ...

The two volumes of [1] give a good indication of the range and depth of Amitsur's contributions. the editors divide Amitsur's work into four main areas: general ring theory, structure theory of rings with polynomial identities, combinatorial theory of PI-algebras and theory of division algebras. Vesselin Drensky, reviewing the work, writes about the results on general ring theory:-

Embarking on his mathematical career at the time when ring theorists were searching for a general structure theory in the spirit of invariant theory, representation theory and theory of finite-dimensional algebras, Amitsur breathed life into the new theory and developed a body of theorems which were to provide inspiration for a generation of ring theorists. The results include the general theory of radicals, radicals of polynomial rings and related rings, algebras over nondenumerable fields, rings of quotients and Morita equivalence, elementary conditions on algebras (e.g. generalized polynomial identities), differential polynomials and some special results.

For the section on the structure theory of rings satisfying a polynomial identity, Drensky explains that it contains:-

... work on the embedding of PI-rings into matrix rings over commutative rings, results on noncommutative algebras in the spirit of the Nullstellensatz and an extension of results about algebras over fields to arbitrary rings.

The second volume contains a section on the combinatorial theory of PI-algebras which:-

... starts with the famous Amitsur-Levitzki theorem. It continues with the remarkable result that every PI-algebra satisfies a power of the standard identity, the primeness property of the T-ideal of the polynomial identities of matrices, some striking properties of Capelli identities which led to the construction of new central polynomials which simplifies and sometimes extends various results in structure theory of PI-algebras and is closed with results on sequences of codimensions and cocharacters of PI-algebras.

After the death of Levitzki in 1956, Amitsur became the leading algebraist in Israel. He held this position up to his retirement from the Hebrew University in 1989, but even after this he was still a dominant figure. He had a major influence on the development of mathematics in Israel through his work for the Israel Academy of Sciences, for his work in founding and editing the Israel Journal of Mathematics, and his work in developing new approaches to mathematics teaching in high schools. For his ideas on the last of these topics see [7].

He received many honours including the Israel Prize for Exact Science (1953) and an honorary degree from Ben-Gurion University of the Negev in 1990.
Other Mathematicians born in Israel
A Poster of Shimshon Amitsur

Other pages about Shimshon Amitsur:

Other websites about Shimshon Amitsur: