Born
15 April 1886
Ploiești, Prahova County, Romania
Died
6 April 1938
Bucharest, Romania
Summary
Aurel Angelescu was a Romanian mathematician who contributed to the development of algebra and the theory of functions. 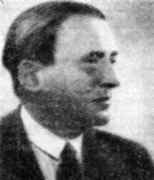 Aurel Angelescu was born at Ploiești on April 15, 1886. Ploiești, the county town of Prahova County, is situated about 55 km north of Bucharest. Angelescu attended both primary and secondary school in Ploiești. The high school he attended was named 'Sfintii Petru si Pavel' (St Peter and St Paul). The school was given this name in 1866 but the buildings that Angelescu studied in on Independence Boulevard were only completed about the time he began to study there. The older buildings are now the Museum of History and Archaeology of Prahova County while the school continues to operate but is now named the National College "Ion Luca Caragiale". Angelescu loved mathematics and his interest in the subject was heightened throughout his time at this high school by the journal Gazeta Matematica (The Mathematical Gazette) and he began to make numerous contributions to this publication. In his final year at the St Peter and St Paul high school in Ploiești he was taught by the outstanding mathematician Nicolae Abramescu. Abramescu had graduated from the University of Bucharest in 1904 and, later that year, he was appointed as a substitute teacher in the secondary school of St Peter and St Paul in Ploiești. Angelescu was in the eighth grade at this high school when he attended Abramescu's course on Analytical Geometry which later was published as the book Lectures in Analytical Geometry for Eighth Grade Students (1907). Later in life, Abramescu was proud of the fact that one of the first students he taught, namely Aurel Angelescu, went on to surpass his teacher as a mathematician.

After his return to Romania, following the recommendation of Gheorghe Țițeica, Aurel Angelescu was appointed, on 1 November 1919, as a professor at the Function Theory Chair of the University of Cluj. Now Cluj had, with the rest of Transylvania, been incorporated into Romania with the Treaty of Trianon in 1919. The University in Cluj, which had been named the Franz Joseph University since 1881, became a Romanian institution and was officially opened as such by King Ferdinand on 1 February 1920. Angelescu was fully dedicated to the intense work of organizing mathematical education at the University. Here, together with Nicolae Abramescu, Petre Sergescu and Gheorghe Bratu, he formed a strong and valuable kernel around Dimitrie Pompeiu, the Director of the Mathematical Seminar. Angelescu's position at Cluj was tenured in 1922. He became director of the Geometry and Mechanics Seminar and, for one year, between 1927 and 1928, he was appointed as Dean of the Faculty of Sciences at the University of Cluj. He was also one of the founders of the new journal Mathematica (Cluj) which began publishing in 1929. Beginning on 1 January 1930, Angelescu became full professor of Algebra and Number Theory at the University of Bucharest. There he succeeded Traian Lalescu. He held this position until his death in 1938.

Angelescu played a large role in producing new lecture courses at the University of Cluj and he published many of these, some as single authored works and others along with his colleagues. His most important book was Lectures on Differential Calculus (Romanian) (1927). He also partly wrote and was the editor of Lectures on Mathematical Analysis: sets, limits, series, derivatives and differentials, extreme points, change of variables (Romanian) (1927). He published some of his lectures notes as Course of higher algebra (Romanian) (1931). He wrote many other books in Romanian, in collaboration with Dimitrie Pompeiu, Dumitru V Ionescu, Gheorghe Bratu and O Onicescu, such as Elementary Algebra, Arithmetic, and Geometry. These ran to many editions.

Angelescu was elected to the Romanian Academy of Sciences on 21 December 1935.

At the young age of almost 52 years, Professor Aurel Angelescu tragically died in April 1938. It appears that he took his own life but he did not leave anything to explain why he did this.
Other Mathematicians born in Romania
A Poster of Aurel Angelescu

Other websites about Aurel Angelescu: