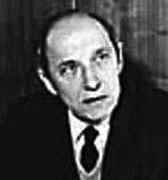 Eizens Arins was born in Krasnoyarsk, a city on the Yenisey River and the administrative centre of the Krasnoyarsk Region in east-central Russia. After the arrival of the Trans-Siberian Railway in the 1890s which crossed the Yenisey River at Krasnoyarsk, the city developed rapidly and spread onto the right bank of the Yenisey River. Arins' parents were Latvian workers but were in exile in Siberia at the time of his birth. He was born at a time when Latvia was dominated by Russia, as it had been from the end of the 18th century, and the domination would continue until World War I.

During 1917 the Russian domination of Latvia ended and, after a brief period of German invasion, the country became independent in a proclamation made on 18 November 1918. Arins mother died in exile in Siberia in 1918, but in 1921 Arins and his father returned to the then independent country of Latvia. Arins attended secondary school in Daugavpils (German Dünaburg, Russian Dvinsk) which is a city in southeastern Latvia on the Western Daugava River. Much damage had occurred to the city in World War I, when the front line lay on the Western Daugava, so it was still in a relatively poor state when Arins attended the Gymnasium there.

In 1929 Arins graduated from the school in Daugavpils and he entered the University of Latvia in Riga in 1930. Coming from a poor family he had to find a way to support himself financially through his university studies, so he worked as a clerk for the insurance company. This meant that he studies took considerably longer than would have been the case if he had been able to concentrate fully on them. At the time of the outbreak of World war II he had still not completed his degree.

The German-Soviet Nonaggression Pact was signed in August 1939 and from that time on Latvia had no chance of remaining an independent country. On 17 June 1940 the Red Army invaded Latvia and only three days later a new government of Soviet supporters was announced. They voted on 21 July for Latvia to become a part of the USSR and on 5 August this became official. The Soviet occupation saw around 35,000 Latvians deported to Russia within a year. During this extremely difficult period the University of Latvia continued to operate and Arins continued his undergraduate studies. However, the German army invaded Latvia in July 1941. For a period Latvia was a province of a larger Ostland (including Estonia, Lithuania, and Byelorussia). Despite the take-over of the country by Germany, the University of Latvia remained open and in September 1941 Arins graduated. At this stage he found a career for himself as a mathematician in the insurance company.

In 1944 the Soviet army again marched into Latvia and in October of that year, after the Soviet army defeated German forces in a battle for Riga, a renewed period of Soviet domination began. In December of that year Arins began lecturing in the Faculty of Physics and Mathematics of the University of Latvia. However now the Soviet authorities were making strenuous efforts to transform the country into a typical Soviet one with policies of severe political repression and extreme Russification of Latvia. Arins had graduated at a time when the country had been under German rule, and the Soviet authorities now refused to recognise his degree, He had to graduate again under the new regime which he did in 1946. Over the next five years he lectured at the university and undertook research at the Institute of Physics of the Latvian Academy of Sciences.

Arins then continued his postgraduate studies at Moscow State University where his doctorate was supervised by L V Keldysh. Lyudmila Vsevolodovna Keldysh was a professor at Moscow State University and an outstanding mathematician who made important contributions to set theory and geometric topology. Under her supervision Arins wrote a thesis on partially continuous functions on products of topological spaces which he defended in 1954. He returned to Latvia where he was appointed as a dozent at the university in 1955. From 1956 to 1960 he again undertook research at the Institute of Physics of the Latvian Academy of Sciences.

In 1959 the University of Latvia established a Computing Centre with Arins as the founder, first director, and organiser. This Centre became a research establishment where research in computer science and mathematics was carried out [5]:-

Arins showed great organisational skills in developing the Computing Centre and soon he was joined by Grinbergs who contributed in a major way to the work of the Centre.
Other Mathematicians born in Russia