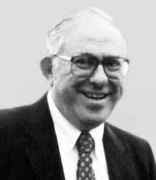 Louis Auslander's father was Charles Auslander who was born in Russia around 1905 to parents who were both Russian. He married Ida, also born in Russia to Russian parents, who was about a year older than her husband. Both Charles Auslander and Ida emigrated to the United States in 1907 when they were babies. In the US Census of 1930 and 1940 they were living in Brooklyn, New York City giving the address Assembly District 12, Brooklyn, New York City, Kings, New York in 1940. Both sides of the family were Jewish. We note that [2]:-

[Louis] attributed a lot of his attitudes and personality to his grandmother and mother, early immigrants from Eastern Europe whose intelligence, determination, and common sense made them successful despite their lack of formal education.

Louis, who was known to his friends and colleagues as Lou, had a older brother Maurice, born in Brooklyn, New York, on 3 August 1926. Maurice Auslander also became a prominent mathematician and has a biography in this archive.

Louis Auslander was educated in Brooklyn, New York, where he completed both his primary and secondary education. It is noted in [2] by Calvin C Moore:-

... I recall his recounting stories from his youth about outsmarting other kids and cleverly avoiding getting into fights ...

After graduating from High School, he studied at Columbia College in New York where he obtained his B.S. in 1949. He continued to study at Columbia for his Master's Degree and after this was awarded he went to the University of Chicago to begin research for his Ph.D. advised by Shiing-Shen Chern. In [2] Chern writes:-

I joined the University of Chicago in the summer of 1949, and Louis was one of my first students. An interesting thing happened: Chicago was a large department and offered many mathematical topics of choice, and he chose Finsler geometry. I had just written a paper on the subject and had suggested he write what might be called the first paper on global Finsler geometry ["On curvature in Finsler geometry" (1955)]. He was a courageous man. His thesis is now of historical significance in Finsler geometry. I recently came into contact with the subject again. I have great difficulty in talking to people about a great landscape; Louis was unique. Louis was a talented and devoted mathematician.

I first met Lou in the fall of 1963 when he came to Berkeley as a visiting professor for the 1963-64 academic year. Lou was by then an established mathematician, and I was a newly appointed and rather junior assistant professor. Lou was full of ideas, and we started to talk. The results of Kirillov describing the dual space of a connected and simply connected nilpotent Lie group had recently burst upon the mathematical scene and were being absorbed. Lou suggested that we work on the case of solvable groups. Lou brought with him a profound knowledge and intuitive feeling for solvable Lie groups from his previous work in differential geometry, especially work on locally affine and locally Euclidean spaces. Lou was just learning unitary representation theory, in which I had some background, so we were well matched, and the collaboration was extremely fruitful and exciting. Lou taught me a lot about doing mathematics and about the process of collaborating with others, which was especially important to me.

Auslander and Moore published the joint paper Unitary representations of solvable Lie groups in 1966. Leaving Purdue, Auslander taught at the Belfer Graduate School of Science, Yeshiva University, before joining the faculty at the City University Graduate Center of the City University of New York in 1965. He began a collaboration with Bertram Kostant, who was at the Massachusetts Institute of Technology, described by him in [2]:-

My collaboration with Lou was fun. Each week alternately either I would go to CUNY or he would come to MIT. It was also mutually educational. He taught me Mackey theory, and I taught him the ins and outs of geometric quantization. Together we were able to translate successfully the relevant aspects of the Mackey machine to the language of symplectic geometry. ... When I visited New York, he would take me out for an elaborate meal. When he came to Boston, I would take him to the sandwich machines in the basement of MIT. (I had no idea at the time how painful this was to him.)

The paper arising from this collaboration was Polarization and unitary representations of solvable Lie groups (1971). It was in 1971 that Auslander was named Distinguished Professor of Mathematics and Computer Science at the City University of New York. He was a Guggenheim Fellow in 1971-72, spending this year as a member of the Institute for Advanced Study at Princeton.

Although he began his mathematical career firmly within pure mathematics, Auslander became equally at home with applications. He served as a consultant to a number of different institutions, namely the United States Naval Research Laboratory, IBM, the AT&T Bell Laboratories, and Hughes Laboratories. Anna Tsao writes in [2]:-

I met Lou Auslander while a member of the technical staff at AT&T Bell Laboratories in 1987. It was a pivotal moment in my life, as Lou became a mentor, colleague, and above all a close friend who had a major impact on both my professional and personal development. At Bell Labs I was assigned the task of designing a parallel algorithm for adaptive beamforming. A critical part of the processing was solving a symmetric eigenvalue problem. Lou had some intriguing ideas about computing eigenvalues of large dense matrices by thinking of the solution as a direct sum decomposition of certain commutative algebras. Since I was trained as a pure complex analyst, I was apprehensive about plunging headlong into areas in which I had a less-than-comprehensive background. Lou would exhort me not to be concerned because (paraphrased) "Mathematics is like a river. You just jump in some place, and the current will help take you where you need to go."

He served for two years, 1989-91, as programme manager for the Applied and Computational Mathematics Program of the Defense Advanced Research Projects Agency (DARPA). Thomas Kailath explains in [2] how that came about:-

Lou had taken it upon himself to complain directly to the director of DARPA that the value of mathematics was not adequately recognized by DARPA. His complaint worked, but the programme that was launched was floundering after a while, so the director apparently insisted that Lou come and fix the problems. However, by the time Lou arrived at DARPA, there was no money left in the Mathematics budget; moreover the program had found itself in the Materials (later Defense) Science Division. Undaunted, Lou began to adapt to this new environment.

For extracts from reviews of some of these books, see THIS LINK.

The authors of [2] all pay tributes to Auslander. For example Calvin C Moore writes:-

I have many fond memories of working with Lou - his insight and intuition were marvellous, and it was a joy to work with him.

I have fond memories of Lou. He brought to the table excitement, brilliance, and marvellous insights.

Anna Tsao writes that Auslander had the:-

... ability to inspire others with his vision of mathematics as a cohesive, integrated, and powerful discipline that can open exciting new vistas to be conquered when combined with science and engineering.

Dennis Sullivan is quoted in [8]:-

In a profession where theoretical work retains a shelf life of several decades or more, some of Auslander's early conjectures still continue to drive work in the field.

Other pages about Louis Auslander:

Other websites about Louis Auslander: