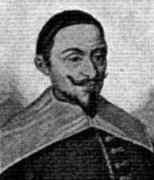 Claude Gaspar Bachet was born in Bourg-en-Bresse in Savoy. This was a region which frequently allied itself to France, Spain or Italy. Since the links between Savoy and other regions had a strong influence on Bachet's life we will examine the background. Bachet's grandfather, on his father's side, was Pierre Bachet de Meyzétiat who was a counsellor to King Henry II of France. Bachet's father Jean Bachet, however, was a counsellor to the Duke of Savoy while his mother Marie de Chavanes was a noblewoman. Savoy had been occupied a number of times by French troops but the dukes of Savoy were able to recover the territory. Twenty years before Bachet was born, Emmanuel Philibert duke of Savoy moved the capital of Savoy to Turin and made Italian the official language (before this it had been Latin).

By the time Bachet was six years old both his mother and father had died. However he was looked after by the Jesuit Order in a house belonging to the duchy of Savoy. He continued his studies with the Jesuits in Lyon and Milan, then joined the Jesuit Order in 1601 but the following year, after an illness, he left the Order. Now 1601 was an important year for Bourg-en-Bresse for in that year the French, under Charles de Gontaut, took control of the town, taking it away from the duchy of Savoy. For most of his life Bachet lived in comparative leisure on his estate at Bourg-en-Bresse. It was to this estate he returned after the illness in Milan in 1602 and, except for spending 1619-20 in Paris and some time in Rome, he spent his life quietly there enjoying the considerable income generated by the estate. He married Philiberte de Chabeu in 1620; they had seven children.

We should say a little about one of Bachet's friends, Claude Favre Vaugelas. Vaugelas was an important literary figure and he composed Italian verse with Bachet. It was Vaugelas's literary discussion group which was taken over to form the Académie Française in 1634. Vaugelas played a major role in standardizing the French language of literature and this standardisation, somewhat modified, was carried forward by the Academy. Bachet, like his friend Vaugelas, had a great interest in composing literary works. He composed poems in French, Italian and Latin between 1614 and 1628, published religious works such as translations of the psalms, translated seven of Ovid's Epistulae heroidum Ⓣ and published an anthology of French poems entitled Délices Ⓣ. By the 1630s Bachet was suffering rather severe health problems, particularly with rheumatism and gout, and was too ill to attend the ceremony when Richelieu created the Académie Française in 1634. He was elected to membership of the Academy in the following year.

The reason that Bachet is included in this archive is because he was a writer of books on mathematical puzzles and tricks which formed the basis for almost all later books on mathematical recreations. Bachet wrote Problèmes plaisans et delectables qui se font par les nombres Ⓣ (1612), of which there were at least five editions, the last as late as 1959. The emphasis was placed on arithmetical rather than geometrical puzzles. The Problèmes plaisans Ⓣ contains: questions involving number bases other than 10; card tricks; watch-dial puzzles depending on numbering schemes; think-of-a-number problems; river crossing or ferry problems which were similar to ones which Alcuin had given; problems concerning magic squares containing constructions for the squares which had been given by Moschopoulos; the Josephus problem in a similar form to that given by Tartaglia; various weighing problems; and liquid pouring problems.

Here are some examples of the think-of-a-number problems from the book: Here is a weighing problem from Problèmes plaisans: Ⓣ
In [6] Knobloch discusses the history of this type of weighing problem. It appears that the first to solve the problem was Fibonacci in 1202 and the twelve others who solved the problem before Bachet are given in [6]. Also given are six others who solved it independently in the 17th century.

Here is a liquid pouring problem from Problèmes plaisans: Ⓣ
Here is a card problem from Problèmes plaisans: Ⓣ
This is quite an easy problem but rather harder is:
Finally, we mentioned above that Bachet gave the Josephus problem. He gave it in the following form:
Bachet also worked on number theory. He is most famous for his Latin translation of Diophantus's Greek text Arithmetica (1621) in which Fermat wrote his famous 'Last Theorem' marginal note. In fact the work contains relatively little original material by Bachet who based his text on the problems of Diophantus which appeared in Bombelli's Algebra and on a complete Latin translation by Wilhelm Holzmann (also known as Xylander) in 1575. Let us note, however, one of the problems which Bachet gives in his translation:
Such triangles, called Heronian triangles, also have rational area. Notice that from an Heronian triangle one can always obtain a triangle with integral sides and integral area.
Other Mathematicians born in France
A Poster of Claude Gaspar Bachet

Other pages about Claude Gaspar Bachet:

Other websites about Claude Gaspar Bachet: