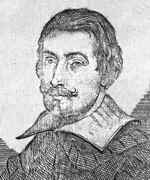 Francesco Barozzi (who also used the Latin form of his name Franciscus Barocius) was born to a wealthy patrician family on the Island of Crete. At this time both the Island and the town of Iraklion were called Candia, a name which originated from the Arab name El Khandak for the fortification ditch they built round the town in 827. Throughout this article, however, we will use the modern names of Crete and Iraklion.

To understand events in Barozzi's life we need to look briefly at the history of Crete. The island was Greek up to the time of the Fourth Crusade in 1204 when the island was given to the leader of the Crusade after Constantinople was destroyed. He sold Crete to Venice for a small sum and the Venetians then took control with Venetian families settling on the island and forming a ruling aristocracy. They treated the Greek inhabitants cruelly, building fortified towns and castles as much to protect themselves from the local Cretan inhabitants as from outside invaders. On 28 May 1453 Constantinople was taken by the Turks and one effect was that Byzantine scholars, who had been working on recovering ancient Greek texts and making them more widely available, moved to Iraklion in Crete. This city then became the centre for copying manuscripts and was the route for ancient Greek learning to enter Italy. Scholars born in Crete and familiar with ancient Greek scholarship went to the universities in Italy adding impetus to the Renaissance.

Francesco Barozzi's father was Iacopo Barozzi, a Venetian nobleman, and his mother was Fiordiligi Dorro the daughter of Nicolò; Dorro from Rettimo, a Cretan town which had been sacked by the Turks in 1534. Francesco attended school in Padua where he learnt Greek and Latin, then he studied at the University of Padua where mathematics was part of his course. He inherited a very extensive estate in Crete on the death of his father so he became a man of independent means. He does not appear to have held any posts, although he did lecture at the University of Padua in 1559. For most of his life he lived in Venice although he spent some periods on his estate in Crete. To give some context to the relations between Venice and Crete during this period, we note that in 1571 there a major rebellion against Venice by the whole population of Crete including the Venetian nobles. In fact many Cretans began to think that they would have better lives if the Island were ruled by the Turks instead of the tyranny of Venice. The Ottoman expansion had captured the Aegean islands north of Crete in 1540 and Cyprus in 1571. Barozzi married Florida Florido, the daughter of Iacopo di Prato in 1572 but she died two years later after they had one son and one daughter. He married for a second time in 1585

Barozzi was part of the movement to revive science by studying Greek texts and we explained above how that movement came to involve Crete. He translated Proclus's edition of Euclid's Elements which was published in Venice in 1560. Also in 1560 he published Opusculum, in quo una Oratio, et duae Quaestiones: altera de certitudine, et altera de medietate Mathematicarum continentur Ⓣ. This was written to argue against the views of Alessandro Piccolomini on the nature of mathematical certainty published in Commentarium (Rome, 1547). Barozzi argues that mathematical certainty derives from the nature of its proofs:-

... the certitude of mathematics is contained in the syntactic rigour of demonstrations.

Barozzi translated many other works including ones by Heron, Pappus and Archimedes. For example Heronis mechanici liber (1572) is a Latin translation of Heron's book on machines of war. In the same year he published Rythmomachia written in Italian, which described a mathematical game with the same name as the book but which is also known as "The Philosophers' Game". Among his many books is one on 13 ways to draw two parallel lines Admirandum illud geometricum problema tredecim modis demonstratum quod docet duas lineas in eodem plano designare, quae nunquam invicem coincidant, etiam si in infinitum protrahantur: et quanto longius producuntur, tanto sibiinuicem propiores euadant (1586) written in Latin. He published Cosmographia in quatuor libros distributa summo ordine, miraque facilitate, ac brevitate ad magnam Ptolemaei mathematicam constructionem, ad universamque astrologiam institutens in 1585 which studied maps of the world following the style of Ptolemy. He corresponded with a number of mathematicians including Clavius.

The Roman Inquisition was established in 1542 by Pope Paul III to combat Protestantism and its mission was that heresy, false doctrine, and error must be suppressed. Barozzi was tried by the Inquisition and found guilty in around 1583, although it is not known exactly what were the charges against him. He had published some works which might have aroused suspicion from the Inquisition such as Pronostico Universale di tutto il mondo (1566), which gives the prophecies of Nostradamus for the years 1565-1570. He had also published prophecies attributed to the Byzantine Emperor Leo VI in Oracula Leonis (1577). On 16 October 1587 he was again brought before the Inquisition and charged with causing a torrential rain storm in Crete. Found guilty of this, Barozzi had to provide silver crosses at the cost of 100 ducats and he received a suspended prison sentence. Whether or not this experience made him decide not to publish any further works is unclear, but no further publications appeared except for a further edition of Cosmographia. Except for this his final publication was a treatise on asymptotes: Admirandum illud Geometricum Problema tredecim modis demonstratum, quod docet duas lineas in eodem plano designare, quae nunquam invicem coincidant, etiam si in infinitum protrahantur: et quanto longius producuntur, tanto sibiinvicem propiores evadant (Venice, 1586). He died of apoplexy.
Quotations by Francesco Barozzi
Other Mathematicians born in Greece
A Poster of Francesco Barozzi

Other websites about Francesco Barozzi: