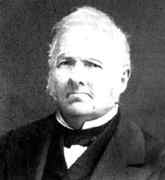 Giusto Bellavitis's father, Ernesto Bellavitis, was an accountant with the government of Bassano. Bassano had been a dependency of Venice since 1405 but in 1796, just seven years before Giusto was born, Napoleon defeated the Austrians at a battle there. Ernesto Bellavitis had come from a family that was part of the nobility of the Bassano but, by the time that Giusto was growing up in the town, his parents (his mother was Giovanna Navarini) were not wealthy.

Giusto did not attend any educational establishments but was taught at home by his father. Ernesto Bellavitis gave his son a good appreciation and liking for mathematics but before long Giusto had greatly exceeded his father's knowledge of the subject. He continued to study mathematics on his own, reading texts and trying to solve the latest problems.

In 1822, at the age of 18, Bellavitis began to work for the municipal government of Bassano like his father. However, this makes it sound as if he earned his living from this work, which was not so for until 1832 he received no salary for his efforts. Given that he was receiving no pay it is remarkable how conscientious he was in carrying out his duties! Bellavitis did spend most of his free time working on mathematics, however, and he published important papers starting from 1834. It was in that year that Bellavitis gave formulae for the areas of polygons which were discovered independently by von Staudt in 1842.

Bellavitis believed that algebra had to be founded on geometry, and that number systems could only be defined through geometric concepts. According to Bellavitis, the plane does not just provide a means to represent complex numbers. Given the plane, he called two line segments equipollent if they are parallel, of equal lengths, and equally directed. Starting in 1832 Bellavitis developed geometrically the algebra of complex numbers. In 1835 and 1837 he published two papers on equipollencies which many consider to be his most important contributions to mathematics. The geometrical calculus which he developed (in his own words):-

What he introduced was a barycentric calculus more general than that of Möbius. It was to influence Grassmann in the introduction of his theory of vectors in 1844. Later on, in 1858, Bellavitis included the system of quaternions into his geometric calculus.

Bellavitis was appointed professor of mathematics and mechanics at Vicenza in 1843. It was only at this point that he achieved the financial security which allowed him to marry. Maria Tavelli, whom he then married, had faithfully stood by Bellavitis for fourteen years waiting for him to become financially secure. He was appointed professor of geometry at Padua on 4 January 1845 after a competitive examination to find the best candidate for the chair.

In 1867, Bellavitis moved from the chair of geometry at Padua to take the chair of complementary algebra and analytic geometry there. He was appointed as a Senator of the Kingdom of Italy in 1866.

In addition to the work described above, Bellavitis made significant contributions to algebraic geometry, where he classified curves in particular completing Newton's classification of cubic curves, and descriptive geometry with an important textbook on the topic. In algebra he continued Ruffini's work on the numerical solution of algebraic equations and he also worked on number theory.

It will be seen from this that Bellavitis worked on a large range of mathematical topics. However, we are still a long way short of a full list of topics he studied. Carruccio, in [1], gives further topics:-

Bellavitis solved various mechanical problems by original methods, among them Hamilton's quaternions. He developed very personal critical observations about the calculus of probabilities and the theory of errors. He also explored physics, especially optics and electrology, and chemistry. As a young man, Bellavitis weighted the problem of a universal scientific language and published a paper on this subject in 1863. He also devoted time to the history of mathematics and, among other things, he vindicated Cataldi by attributing the invention of continued fractions to him.

Bellavitis received many honours after the difficult start to his career. He was elected a fellow of the Istituto Veneto in 1840, a fellow of the Turin Academy of Sciences in 1850, and a member of the Accademia dei Lincei in 1879.

Other Mathematicians born in Italy
A Poster of Giusto Bellavitis

Other websites about Giusto Bellavitis: