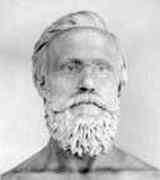 Edmond Bour's father was Joseph Bour and his mother was Gabrielle Jeunet. The family were not particularly well off but Edmond had a good education in Gray before going to Dijon to complete his education and to take the entrance examinations of the École Polytechnique.

Having been accepted for admission to the École Polytechnique, Bour entered in 1850. His time there was one of the highest level of achievement and he graduated in 1852 in the first place. Bour continued his studies at the École des Mines in Paris and worked on a major paper Sur l'intégration des équations différentielles de la mécanique analytique Ⓣ which was read before the Académie des Sciences on 5 March 1855 and published in the Journal de mathématiques pures et appliquées.

While at the École des Mines Bour wrote two doctoral theses. Both were on celestial mechanics, one on the three body problem and the other on the theory of attraction. Both were presented to the Faculté des Sciences in Paris on 3 December 1855 and were outstanding pieces of work. They were published twice, once in 1855 as a separate work, then again in 1856 in the Journal de l'École Polytechnique.

Before his theses were submitted, Bour was already qualified as a mining engineer. This was in July 1855 and he was appointed as professor of mechanics and mining at the École des Mines in Saint-Étienne. This was an appointment that he held for only a year before returning to Paris when he accepted a professorship at the École des Mines there. He also was appointed professor at the École Polytechnique. Bour had made a remarkable start to his career which was to reach even greater heights.

He received the mathematics prize of the Académie des Sciences in 1861 for a paper Théorie de la déformation des surfaces Ⓣ. This work [1]:-

... in line with the analogous studies of Bonnet and Codazzi, contained several theorems on ruled surfaces and minimal surfaces; but in its printed version this work does not include the test for the integration of the problem's equations in the case of surfaces of revolution, which had enabled Bour to surpass the other competitors for the Academy's grand prize.

The one disappointment in Bour's short life was his failure to win election to the Académie des Sciences in April 1862 when Bonnet was elected in preference to Bour. Because of this Bour turned to concentrate entirely on the mechanics course that he was teaching at the École Polytechnique.

Bour made many significant contributions to analysis, algebra, geometry and applied mechanics despite his early death from an incurable disease. His remarkable achievements were cut short at the age of 33 and as a consequence Bour is hardly known in the history of mathematics whereas one feels that if he had been given the chance to continue his outstanding work he would today be remembered as one of the major figures in the subject.
Other Mathematicians born in France
A Poster of Edmond Bour

Other websites about Edmond Bour: