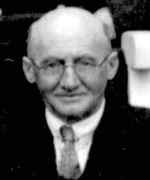 After an appointment as a Mathematics Master at Merchiston Castle School, Edinburgh, he was appointed Mathematical master and second master in Rothesay Academy. He spent five years in this position then returned to Edinburgh in 1900 to work in the Mathematical department of Edinburgh Ladies' College. He spent 17 years in this College before he was appointed Rector of Rothesay Academy, Bute, in 1917. After his death a memorial plaque was unveiled in the school and we quote from the Press Release for that occasion:-

Dr Burgess's rectorship coincided with a remarkable development of the roll and of the work of the Academy. ...

Dr Burgess gave his school a signal example of devotion to knowledge, industry, kindliness of heart, high ideals. He was hampered in the later years by his health; he was stricken towards the end by grievous domestic afflictions, but he served his day and generation well, he spent more than half of his active life in Rothesay, and he enabled many a Rothesay boy and girl to develop their gifts to the maximum and to increase their usefulness to the country and the Empire.

He was elected a Fellow of the Royal Society of Edinburgh on 3 March 1902 having been proposed by John Alison, William Peddie, George Chrystal, and John Sturgeon Mackay.

Burgess was an active member of the Edinburgh Mathematical Society, serving on the Committee from November 1906, serving as an editor of the Proceedings in 1907-08, then Secretary during 1908-11, vice-President in 1911-12, and as President of the Society in 1912-13. This was a particularly important Presidency for in the summer of 1913 the Society held their first Colloquium in Edinburgh:-

At the close of the Colloquium in the afternoon the President, Mr Burgess, paid a tribute to the enthusiasm and energy with which the secretary, Mr Comrie, had thrown himself into the work of organising the meeting. The first Mathematical Colloquium in Britain had proved a complete success, a success that was chiefly due to the ability of the lecturers, each an authority on his own subject. No happier combination could have been made than that of the three lecturers, in whom it was remarked that the three nationalities were represented - English, Irish, and Scottish. Mr Burgess ventured the prediction that this, the first, Colloquium would not be the last, and suggested the possibility of a similar meeting at the time of the Napier celebrations next year.

An obituary, written by Peter Comrie, was published in the Proceedings of the Edinburgh Mathematical Society.
version is at THIS LINK.

In addition Burgess was a member of the Educational Institute for Scotland and the Bute Natural History Society. He was awarded a D.Sc. by the University of Edinburgh in 1924 for his thesis Tripolar co-ordinates, straight line and circle. And Concurrency of lines joining vertices of a triangle to opposite vertices of triangles on its sides; determinants connected with the periodic solutions of Mathieu's equation.
Other Mathematicians born in Scotland
A Poster of Alexander Burgess

Other pages about Alexander Burgess:

Other websites about Alexander Burgess: