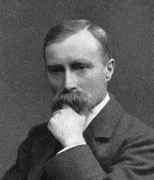 Charles Cailler was born in Geneva and his education, both school and university, was in that city. We note that the biography we give below is based largely on our translation of [1] since we have been unable to find much additional information about Cailler.

As a young boy he showed a pronounced taste for languages. By the age of thirteen he had translated Caesar's Commentaries in full. While he was a pupil at the Gymnasium in Geneva, he attended the Sanskrit class of Paul Oltramare at the University of Geneva, and even began to study Arabic. One day his father asked him what differential and integral calculus is. The young schoolboy had not met such notions and could not give an answer, but he decided that he would find out by studying mathematics books and soon began to immerse himself in the study of mathematics: a simple question had led him to a subject that he loved throughout his whole life and had marked out his future.

After graduating from secondary school, he entered the Faculty of Sciences of the University of Geneva where he worked under the direction of professors Charles Cellérier (1818-1889) and Gabriel Oltramare (1816-1906). Cellérier was professor of mechanics at the University of Geneva and had written papers such as Note sur la détermination d'un minimum géométrique remarquable Ⓣ, and reports on various topics such as the determinations of gravity made in different countries by means of the pendulum (1881). He was President of the Society of Physics and Natural History of Geneva for the year 1883. Gabriel Oltramare had studied mathematics and natural sciences at the University of Geneva from 1836 to 1839 before going to Paris where he was a pupil of Cauchy. He was appointed as an ordinary professor of mathematics at the University of Geneva in 1848. He wrote articles on number theory, analysis, astronomy and meteorology. Many of his papers were on a topic called the calculus of generalisation, his most famous book being Essai sur le Calcul de Généralisation Ⓣ (1899). In fact Cailler's thesis was on this topic of calculus of generalisation.

After graduating from the University of Geneva with his doctorate, Cailler undertook postdoctoral studies at the University of Berlin where he spent two years. At this time Berlin was a remarkable place to study mathematics with mathematicians such as Karl Weierstrass, Leopold Kronecker and Lazarus Fuchs, the latter having replaced Eduard Kummer who had retired a few years before Cailler arrived. While in Berlin he wrote a paper on continued fractions, in particular the continued fraction 1+(3+1​(5+1​.... In 1889 he returned to Geneva and began teaching in the Faculty of Science on 3 October, the day after the death of Charles Cellérier, holder of the Chairs of Mechanics and Astronomy.

He was first given charge of the Rational Mechanics course, then appointed Extraordinary Professor on 10 June 1891 and Ordinary Professor on 23 July 1895. When in 1900 the Chair of Higher Mathematics became vacant by the retirement of Gabriel Oltramare, Cailler was also in charge of the differential and integral calculus course, which he completed by regularly teaching on the theory of functions.

If the density of an infinitely thin spherical layer is inversely proportional to the cube of the distance from an external point A, it has, according to a theorem of Lord Kelvin, also this property with respect to an inner point A', which is conjugate to A with respect to the sphere. The attraction of the layer to any inner point is the same as that of a mass in A, and its action on an external point the same as that of a mass on A'. Having once again proved this theorem, Cailler extended it to the case where the density of the layer is inversely proportional of an odd (≥ 3) power to the distance of A, or to a direct one.

He was working on a book Introduction à la Mécanique rationnelle d'après les théories modernes Ⓣ at the time of his death. Rolin Wavre, who succeeded Cailler to the chair of mathematics at Geneva, and Henri Fehr, who wrote the obituary [1], took on the final stages of publication of the book which appeared as Introduction géometrique à la mécanique rationelle, par Charles Cailler Ⓣ, with Wavre and Fehr as joint editors, in 1924.

For many years Cailler was a member of the Board of the Faculty of Sciences of the University of Geneva and acted as its secretary. His health did not allow him to accept the dean's demanding duties which, although it was offered to him, he had to turn down. In 1899 he took part in the setting up of a faculty pension fund for the University and remained treasurer until his death.

All those who have had the good fortune to follow Charles Cailler's lectures and seminars know how much he has contributed to the formation of their mathematical mind through his gift of exposition and the very personal character of his teaching. Cailler was, in the full force of the term, a master of talent and of devotion. Served by an eloquent speech and a sympathetic voice, he still captivated his pupils by the depth and clarity of his views. No one better than he knew how to highlight the essential points of each problem.

Dominating, to an increasingly rare degree nowadays, the different domains of mathematics, Cailler has published many memoirs of great interest pertaining to the most diverse branches, from Algebra, Geometry, Analysis, and Mechanics to the recent problems raised by the theory of relativity. We would like to mention in particular his fine work on the theory of solid sided bodies which forms the analytical part of the geometry of solid sided bodies developed by René de Saussure.

All his works are distinguished by qualities rarely found together: clarity and precision of method, elegance of form, and originality of thought. His publications were in his own eyes only humble stepping stones that he brought to the edifice of science. But he only published quality material, when the problem or the method followed seemed to have a real interest for mathematics.

After he retired from his teaching at the University, Cailler had made a whole plan of work. He wanted, to the extent that his strength would allow, to continue to live for science. He planned to put the finishing touches to memoirs he had already sketched, but they still remained to be finalised. During the winter of 1921-1922 he had devoted himself, above all, to the revision of a major work on rational mechanics, which was in a way the culmination of his research in this field. This is a new and quite general introduction to the modern theories of Kinematics, Statics and Dynamics. It is to be hoped that this work will not remain in manuscript and that the subscription, which will be launched in the autumn of 1922, will be met with benevolent support from mathematicians and physicists. [We note that this was published as 'Introduction géometrique à la mécanique rationelle, par Charles Cailler', with Rolin Wavre and Henri Fehr as joint editors in 1924.]

But Charles Cailler was not only a mathematician of great value and a scientist knowing how to take an interest in the most diverse aspects of science. His prodigious power of assimilation went well beyond that: to arts subjects, first of all. He had mastered thoroughly the masterpieces of French literature. His facility for languages allowed him to read, opening any book, an author writing in Latin, German, English or Italian. There was no greater enjoyment for him than being alone with the great writers. It was his beautiful classical culture that gave him his way of expressing himself and the elegance of his style.

We know that mathematical genius has many affinities with musical feelings. This was the case for Cailler. The performance of a beautiful symphony carried him to such a point that he sometimes said that he had missed his vocation by not devoting himself to music.

Cailler also had great admiration for the fine arts. He knew the great schools of painting and could discern what makes the value of a Raphael, a Leonardo da Vinci, a Hans Friess or a Hodler. But he was particularly sensitive to the grandiose spectacles of nature and especially of the mountains. So it was a real pleasure for his friends to travel with him to the Geneva countryside or to accompany him on excursions in the Alps.

As early as the autumn of 1921 Charles Cailler had to retire for health reasons, but his death on 30 January 1922, caused a very legitimate emotion in the scientific community. With him Switzerland loses one of its most distinguished mathematicians, one of its scholars who by their teachings and their work, their moral value and their life, have given the greatest honour to their country.

The life of Charles Cailler presents an admirable unity: to characterize the scientist and the professor is to let one guess what the man was. Cailler was a fundamentally benevolent and kind character. His colleagues, his students and his alumni will never forget the cordiality and frankness of his welcome, the sincerity and the ardour with which he lavished advice and encouragement. All who have entered into the intimacy of his so rigorously upright soul, have found near him a strong and affectionate moral support.

Other Mathematicians born in Switzerland

Other websites about Charles Cailler: