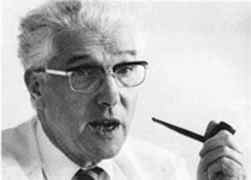 Jacob Willem Cohen was known by his friends and colleagues as Wim Cohen. His parents were Benjamin Cohen and Aaltje Klein. It was a Jewish family and this meant that when the German armies invaded the Netherlands in May 1940, near the beginning of World War II, he was in severe difficulties. By this time Cohen was sixteen years old and was in the middle of his high school education. The Netherlands was controlled by a military regime which persecuted Jews and by February 1941 Jews began to be sent to concentration camps. The Dutch organised a strike to protest at this action, but its leaders were executed and a committee set up to identify and deport Jews more efficiently. Cohen hid in the homes of a friends to avoid capture [5]:-

During the second world war, a family who hid Wim from the Nazis, had a cleaning lady coming twice a week for several hours. In order for her not to know that they were hiding a Jew, Wim had to hide in a hole between the floors in complete darkness, laying there motionless. In order to overcome the boredom, he tried to solve mathematical problems blindfolded. He said he owed his interest in mathematics to these experiences.

After the defeat of the Germans, Cohen was able to continue with his education. He entered Delft University of Technology to study mechanical engineering [3]:-

While studying at the university, he received an award for a university prize question on 'plastic buckling of a beam'...

and he graduated with a Master's Degree (with distinction) in 1949 in Continuum Mechanics and Applied Mathematics. Then, from 1950, he was employed as a teletraffic engineer in the Philips Telecommunication Group while at the same time he was undertaking research for his doctorate with Warner Tjardus Koiter as his thesis advisor. Koiter had been appointed Professor of Applied Mechanics at Delft University of Technology in 1949 and Cohen went on to submit his doctoral thesis On Stress Calculations in Helidoidal Shells and Propeller Blades for which he was awarded a doctorate (with distinction) in 1955 [3]:-

It concerned fundamental research in direct relation to practical engineering problems: his elegant and deep mathematical solution of the problem of stresses and displacements in helicoidal shells and ship propeller blades has proved of great importance in ship engineering building. This doctoral thesis unravelled an inconsistency in classical shell theory; the results of the thesis provided the basis for a sound strength calculation of wide blade ship propellers.

Although his doctorate was in mechanics, Cohen's work with Philips took a rather different route since they had become involved in telephone engineering at the time Cohen entered the Company. He worked on the problem of analysing congestion in telephone systems and from 1956 began publishing a series of papers. Reviewing Certain delay problems for a full availability trunk group loaded by two traffic sources (1956), V E Benes writes:-

A group of N trunks handles traffic from two sources described by independent Poisson processes. It is said that the trunk holding-times have a Poisson distribution, but from the (correct) results of the paper it is clear that the author meant negative exponential. The sources have different modes of access to the N trunks, in two ways: (1) Source I has delay facilities, while II does not; its calls are lost if no trunk is available; (2) both I and II have delay, but I has priority over II. These cases are considered first under the assumption that the holding-times for I and II have the same average duration, and then also without this hypothesis ...

Reviewing The full availability group of trunks with an arbitrary distribution of the inter-arrival times and a negative exponential holding time distribution (1957), G Newell writes:-

The telephone traffic situation with the following properties is considered: there are n trunks; the inter-arrival times are independent with some arbitrary distribution; the holding times are independent with an exponential distribution, a new call may use any idle trunk; and if the trunks are all busy, any new call is either discarded or fed to some overflow trunks. Using the theory of Markov chains plus some interesting combinatorial manipulations, the author gives explicit formula for the equilibrium probability that a new arrival will meet j busy trunks and the probability that there are j busy trunks at some arbitrary time. ... The paper is written in a very clear and concise form.

In 1957 Cohen left the Philips Telecommunication Group and accepted an appointment as a Full Professor of Pure and Applied Mathematics and Mechanics in Delft University of Technology. Later papers during this period include Derived Markov chains (1962) and Applications of derived Markov chains in queueing theory (1963) and in these and other appers Cohen made deep studies of stochastic processes and queueing theory. He married Annette Waterman, the daughter of the chairman of the department of Chemical Engineering at Delft, in 1964 [3]:-

This book is a synthesis of the theory of queueing systems with a single server, including some new results of the author's. It will be a most useful work of reference, and should reduce the incidence of rediscovery of known results in this field.

The second edition, published in 1982, is recommended by a reviewer with the comment:-

Like its predecessor, the book is a "must have" for the serious student of queueing theory.

In 1973 Cohen left Delft when he took up an appointment on 1 September as the Chair of Operations Research in the Mathematical Institute of the University of Utrecht. Particularly noteworthy publications while in this Chair included On regenerative processes in queueing theory (1976) which provided (writes Shaler Stidham, Jr):-

... a thorough survey of applications of the theory of regenerative processes to the analysis of queueing systems. It is an excellent introduction to the power of the regenerative-process approach to queueing theory, especially when it comes to providing simple, intuitively based arguments for well-known results in a general setting.

... a very important scholarly work, demonstrating the use of classical applied mathematics in solving problems of great practical value.

Cohen continued to hold the Chair of Operations Research until he retired in 1988. Following his retirement [4]:-

Wim Cohen remained very actively involved in research, publishing several papers and a monograph on two-dimensional random walks and queueing systems. In 1995 he got interested in the emerging topic of queues with heavy-tailed distributions. For him, this meant returning to a topic to which he had made pioneering contributions in the early seventies.

The monograph referred to in this quote is Analysis of random walks (1992):-

This monograph deals with the analysis of random walks that live in the nonnegative orthants of Rn and get absorbed or reflected at the boundary. The motivation for the analysis arises from queueing models stemming from computer systems and telecommunication engineering. The author therefore concentrates on two main models, random walks that may describe the number of customers in various stations at departure times, and walks that describe the workload process.

Onno Boxma describes Cohen as a teacher in [2]:-

He was an inspiring teacher, who asked many interesting questions and blended mathematical rigour with probabilistic and physical intuition. It was extremely important to him that his students would get the proper guidance on the way to attaining their degree. Behind is somewhat formal three-piece suit appearance, he was a warm and friendly person who very much cared for his students. As an advisor of his PhD students, he was enormously stimulating and unselfish.

Cohen received many honours for his outstanding scientific achievements. These include: the prestigious Akzo prize from the Hollandsche Maatschappij der Wetenschappen (Dutch Society of Sciences) (1986), an honorary doctorate from Technion Institute of Technology, Haifa (June 1988); elected an honorary member of the International Advisory Council of the Teletraffic Congresses (1988); and he was given a Lifetime Achievement Award from the International Organisation of Teletraffic Congresses (1997).

Let us approach the end of this biography with a quote from Ryszard Syski [5]:-

Wim was an excellent mathematician, serious in his research, demanding high standards from himself and his students, "not taking fools gladly", yet he was a good person with a sense of humour, and a heavy pipe smoker.

On 10 September 1998 Syski sent Cohen birthday greetings for his 75th birthday to which he replied [5]:-

Yes, I have passed 75. It is difficult to believe, but I cannot find an error in the proof, so have to accept it, and I am glad with your congratulations.

He was diagnosed with cancer and given radiation treatment which was complete by February 1999. At this stage his prospects looked good and he was feeling well again, but by April he was back in hospital where he spent five weeks following an operation. By August he was losing the feeling in his right arm and his health deteriorated rapidly from that point.
Other Mathematicians born in Netherlands

Other websites about Wim Cohen: