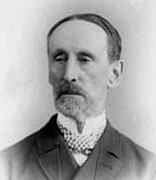 Morgan Crofton's father was the Reverend William Crofton (1795-1851) who was the Protestant minister of the parish of Skreen in County Sligo. In fact there is a remarkable coincidence here, for the Reverend William Crofton succeeded the Reverend Gabriel Stokes, father of George Stokes, as rector of Skreen. Of course as the son of a Protestant minister, Morgan was brought up as a Protestant, but later in life he converted to Roman Catholicism which had some effect on his career.

Crofton entered Trinity College, Dublin where he studied mathematics. He obtained his degree in 1847 being in first place in the Senior Moderators in Mathematics (in other words, topping the list of First Class students). At this time Trinity College, Dublin restricted its degrees, fellowships, and scholarships to Anglicans. It was some time after this, in 1873, that all religious requirements were removed from the university. One would not expect this to be a problem for Crofton, who was an Anglican, but it seems that by this time he was considering changing from being an Anglican to being a Roman Catholic. In order to take up the Fellowship that Trinity offered him in 1848 he was required to take holy orders in the Church of Ireland and this, it appears, he was not prepared to do. He therefore received a prize in the Trinity College Fellowship Examination but could not take up a Fellowship.

In 1849 Crofton was appointed as Professor of Natural Philosophy at Queen's College, Galway, five years after it was founded (it later became University College, Galway). He only held the chair for three years, resigning in 1853. It appears that his move towards Catholicism was the main reason that he only held the chair for a few years. Certainly his conversion to the Catholic Church was closely connected with John Henry Newman and so, to understand Crofton's actions, we should say a few words about Newman. Like Crofton, Newman began as an Anglican but he had held a leading role in the Oxford Movement in the Church of England. Newman resigned as an Anglican priest in 1843, about the time Crofton was beginning his undergraduate career at Trinity College, Dublin, and was received into the Roman Catholic Church in 1845. In 1848 Newman went to Rome where he was ordained to the priesthood, then founded the Oratory at Birmingham in 1848. Newman went to the Catholic University of Ireland when it opened on St Stephen's Green in 1853. This university was run by the Jesuits but it did not have official recognition. Newman was not very successful in establishing the new university although one would have to say that it was an almost impossible task for him. Newman left the university in 1857 and after this it went into a serious decline, only being revived again in 1882 as the University College, Dublin.

In [3] Crofton's son, who became a Roman Catholic priest, describes his father's entry into the Catholic Church:-

... my father was not with Newman in Dublin, but he was instructed and received into the Church by Newman himself in the early 'fifties at Birmingham.

Crofton's entry into the Catholic Church must have come at around the time that he resigned his Chair of Natural Philosophy at University College, Galway. After this Crofton went to France where he taught at a number of different educational institutions run by the Jesuits. It is not entirely clear when he returned to England, but, after he did so, he became friendly with Sylvester who by that time held the chair in mathematics at the Royal Military Academy at Woolwich. Clearly Sylvester was impressed with Crofton's mathematical talents for he recommended him for an appointment as an instructor at the Royal Military Academy.

In 1869 Sylvester reached the age of 55 which was the retiring age in the Army and, teaching at a military establishment, Sylvester had the same retiring age as other Army personnel. Crofton was appointed to fill the vacancy in 1870 and he held the position of Professor of Mathematics at the Royal Military Academy at Woolwich until 1884. The army required applied mathematics to be taught in its courses at Woolwich to provide the necessary skills for the army personnel and Crofton taught there courses on mechanics and engineering mathematics. He wrote a textbook as a consequence of the lecture courses he taught, publishing Lectures on the elements of applied mechanics in 1877. He also collaborated with E Kensington on a second textbook Tracts on mechanics.

As we mentioned above, after Newman left the Catholic University of Ireland in 1857 it went into a serious decline, being revived again in 1882 as the University College, Dublin. At this time University College, Dublin and three other Roman Catholic colleges in Ireland were joined together as the Royal University of Ireland. This was an exciting new venture and Crofton joined the mathematics staff of University College, Dublin after he retired in 1884 but, since he continued to live in London, he cannot have taught courses at the newly revived establishment. He certainly worked for the university as an examiner and would go on regular visits to Dublin. He did discuss mathematical questions there with John Casey, for when Casey published his book A treatise on the analytic geometry of the point, line, circle and conic section he both acknowledged Crofton's help with the work and also included a number of exercises which he explicitly acknowledged were due to Crofton. It is possible that these were examination questions which Crofton composed and that his collaboration with Casey was closely related to his role in examinations.

One might imagine that someone who held the chair of Natural Philosophy at Galway and then taught applied mechanics at the Royal Military Academy at Woolwich would be interested in research in applied mathematics. However this was not really the case. Crofton wrote most of his papers on pure mathematics, publishing on geometry and the operator calculus. Among his contributions was an extension of the theory of Maxwell on frameworks (see [4]). He is perhaps best known, however, for his contributions to geometric probability, integral geometry and Crofton's formula (see for example [9] and [10]). In [1] Crofton's work on the hypothesis of elementary errors is discussed.

We know from comments by Sylvester that he and Crofton discussed Buffon's needle in the 1860s at Woolwich. Crofton wrote On the theory of local probability in 1868 which he discussed Buffon's needle. Perhaps his most famous work on probability, however, was the article that he wrote on that topic for the ninth edition of Encyclopaedia Britannica. This ninth edition of Encyclopaedia Britannica was edited by T S Baynes, Professor of Logic and Metaphysics at the University of St Andrews. It was a work in 24 volumes with one index volume being published one volume after the other between 1875 and 1889. Crofton's lengthy article Probability which appeared in 1885 is still worth reading and is one of many outstanding articles in what many consider to be the greatest encyclopaedia ever produced.

In 1895 Crofton retired from his position at University College, Dublin. He was honoured with the award of an honorary doctorate from Trinity College Dublin in 1898.
Other Mathematicians born in Ireland
A Poster of Morgan Crofton

Other websites about Morgan Crofton: