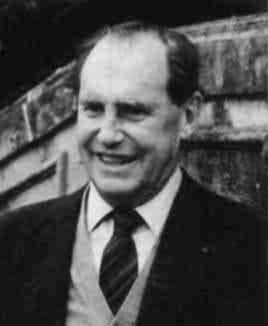 Jean Dieudonné was a French mathematician who worked in a wide variety of mathematical areas including general topology, topological vector spaces, algebraic geometry, invariant theory and the classical groups. He was a founder member of Bourbaki and also wrote on the history of mathematics.

Find out more at: https://mathshistory.st-andrews.ac.uk/Biographies/Dieudonne/