Born
1766
Woburn, Bedfordshire, England
Died
6 January 1826
London, England
Summary
John Farey was an Engish geologist, noted as a mathematician for the Farey sequence which is a listing of the rationals. 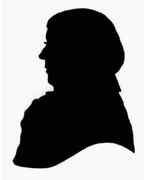 John Farey has been included in this archive despite being a geologist and not a mathematician. The reason we have included him is that he made one mathematical observation and, from this, the Farey series of fractions has been named. We shall discuss below Farey's contribution to mathematics and also look at others who contributed to Farey series.

Farey attended a local school in Woburn until he was sixteen years of age when he went to a school in Halifax, Yorkshire, where he studied mathematics, drawing and surveying. He married in 1790 and, the following year, his first son (also called John Farey) was born. John Farey Jnr (1791-1851) went on to become a civil engineer and also has an entry in the Dictionary of National Biography immediately following that of his father.

Francis, the fifth Duke of Bedford had extensive estates in Bedfordshire and, in 1792, he appointed Farey as the land steward for his Woburn estates. Farey held this post for ten years and it was during this time that he was able to gain expertise in geology.

In October 1801 William Smith, the engineer and geologist who is best known for his development of the science of stratigraphy (which is the study of rock successions and relation to the historical time scale), was employed by the Duke of Bedford. Farey had already become interested in soils and rocks through carrying out his duties as land steward and he now took the opportunity to learn all that he could from Smith about stratification. When the Duke died suddenly in 1802, the Duke's brother John dismissed Farey from his post. At this point Farey went to London where he [4]:-

... established an extensive practice as a consulting surveyor and geologist.

There are two aspects to Farey's contributions to science. On the one hand he applied the skills in geology which he had learnt from Smith and made some important contributions. Perhaps the word "important" here is overstating the case which Eyles in [1] espresses as follows:-

As a geologist Farey is entitled to respect for the work which he carried out himself, although it has scarcely been noticed in the standard histories of geology.

Let us note that this work included producing a map of the strata visible between London and Brighton (a journey he made frequently to visit his brother who lived in Brighton), and his Survey of the county of Derbyshire which studied the soils and the succession of strata in that county.

The second aspect of Farey's work was his scientific writings. These are important, in part because he argued strongly for William Smith to be recognised as a major figure in geology and without his efforts Smith's contributions may not have been so readily appreciated.

Farey published around sixty scientific articles between 1804 and 1824, most in Rees's Encyclopaedia, the Monthly Magazine and the Philosophical Magazine. His first article, written in 1804 in the Philosophical Magazine was On the mensuration of timber while the last, in the same publication, was On the velocity of sound and on the Encke planet. Neither the biographies [1] nor [4] mention Farey's contribution to mathematics.

Farey's article which is relevant to our history of mathematics archive was also published in the Philosophical Magazine and appeared in 1816. It was called On a curious property of vulgar fractions and it was sent to the editor from Howland Street in London, the residence of Farey's eldest son where he spent the last years of his life (in fact he died in that house).

The Farey series (really a sequence) is defined as follows. For a fixed number n, consider all rationals between 0 and 1 which, when expressed in their lowest terms, have denominator not exceeding n. Write the sequence in ascending order of magnitude beginning with the smallest. Then the "curious property" is that each member of the sequence is equal to the rational whose numerator is the sum of the numerators of the fractions on either side, and whose denominator is the sum of the denominators of the fractions on either side.

The final paragraph of [5] reads:-

I am not acquainted, whether this curious property of vulgar fractions has been before pointed out?; or whether it may admit of some easy or general demonstration?; which are points on which I should be glad to learn the sentiments of some of your mathematical readers ...

One mathematical reader (at least of a French translation) was Cauchy, and he gave the necessary proof in his Exercices de mathématiques which was published in the same year as Farey's article. This might have been the end of the story but the there is more to tell.

Farey was not the first to notice the property. Haros, in 1802, wrote a paper on the approximation of decimal fractions by common fractions. He explains how to construct what is in fact the Farey sequence for n=99 and Farey's "curious property" is built into his construction. However, this is certainly not a proof, nor for that matter a general statement of the "curious property".

[Farey] gave no proof, and it is unlikely that he had found one, since he seems to have been at the best an indifferent mathematician.

The quotation we gave above shows that Farey explicitly states he has no proof. Hardy continues:-

Farey has a notice of twenty lines in the Dictionary of National Biography, where he is described as a geologist. As a geologist he is forgotten, and his biographer does not mention the one thing in his life which survives.

This is, in my opinion, unnecessarily cruel and not strictly accurate. Even worse, and certainly completely inaccurate, is Hardy's comment in A mathematician's apology where he writes:-

... Farey is immortal because he failed to understand a theorem which Haros had proved perfectly fourteen years before ...

In fact the newer editions of the Dictionary of National Biography do contain a discussion of Farey sequences.

The article [3] contains other interesting information on Farey's sequence, its relation to Pick's area theorem, and the inaccurate historical comments made about the sequence over many years.
Other Mathematicians born in England
A Poster of John Farey

Other websites about John Farey: