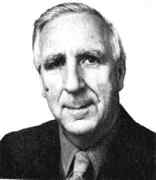 At Oxford, Fox was highly successful in his mathematical studies but also took a full part in university life. Not only did he play football for the university Football Club but he also played for Oxford City Football Club. He was awarded First Class Honours in Mathematics in 1939 and continued to undertake research in the engineering department under Richard Southwell. Although working for his DPhil in computational and engineering mathematics, Fox was also engaged in highly secret war work. We should note that Fox was undertaking numerical work solving partial differential equations which arose in engineering problems but which could not be solved by analytic techniques. However at this time no electronic computers were in use and Fox had to undertake the numerical calculations using a desk calculator. It was therefore extremely important to develop methods which would yield accurate results with the minimum of computation.

Although Fox produced a considerable amount of material which was publishable, the secret nature of his work in a wartime environment meant that most of his early work was either not published, or at least publication was delayed until after the end of the war. His paper Relaxation methods applied to engineering problems written jointly with Richard Southwell appeared in 1945. After the award of his doctorate in 1942 Fox joined the Admiralty Computing service. He married Pauline Helen Dennis on 10 July 1943; they had no children. In 1945 he went to work in the mathematics division of the National Physical Laboratory. As well as his mathematical work, which we describe below, Fox continued his sporting interests [1]:-

At the National Physical Laboratory he was club tennis champion and captain of the cricket team, and distinguished himself as a sprinter in the civil service championships.

At both the Admiralty and the National Physical Laboratory he became involved in the computation of special functions and also in the production of tables which were important at that time. For example the National Physical Laboratory published Fox's The use and construction of mathematical tables in 1956. This work surveys interpolation methods which might be used by someone, with access to mathematical tables, who has to do the computations with a desk calculator. Fox was keen to establish rapid convergence for the methods used, describing the auxiliary quantities needed in the table in order to carry out the interpolation.

He saw clearly that there would be a need to educate the next generation of mathematicians in computational work, and he took up his new post in the University with energy and enthusiasm.

In 1963 Fox was appointed as Professor of Numerical Analysis at Oxford also being elected to a professorial fellowship at Balliol College. He contributed in many ways to promoting numerical analysis, for example in running summer schools, in developing links to industry, forming links with schools through the Mathematical Association, and with the writing of a wonderful series of books on the subject. His first book appeared in print in the year in which he was first appointed to Oxford, namely 1957. This book was The numerical solution of two-point boundary problems in ordinary differential equations and it is a great tribute to his expository skills that it was reprinted by Dover Publications in 1990. The book summarises at an elementary level the methods for numerical construction of the solutions of boundary-value problems which can be expressed in terms of ordinary differential equations of orders one to four. Z Kopal, reviewing the book, writes:-

The book is well organized and printed, and its leisurely discursive style facilitates its reading for the non-initiated.

Fox published An introduction to numerical linear algebra in 1964. It contains chapters on: Matrix algebra; Elimination methods of Gauss, Jordan, and Aitken; Compact elimination methods of Doolittle, Crout, Banachiewicz and Cholesky; Orthogonalization methods; Condition, accuracy and precision; Comparison of methods, measure of work; Iterative and gradient methods; Iterative methods for latent roots and vectors; and Notes on error analysis for latent roots and vectors. In 1968 he published Chebyshev polynomials in numerical analysis in collaboration with I B Parker. The authors write in the Preface that:-

The audience we have in mind includes mathematical undergraduates in their early years ... The material might also be used in the numerical analysis part of diplomas in computation, and perhaps also by scientists, with a reasonable mathematical training ...

This was not the only book Fox published in 1968 for he also published Computing methods for scientists and engineers this time collaborating with D F Mayers. With a practical yet rigorous approach, methods to investigate topics such as recurrence relations, zeros of polynomials, linear equations, eigenvalues and eigenvectors, approximations, interpolation, integration, and ordinary differential equations are described and analysed.

Another collaboration between Fox and Mayers led to Numerical solution of ordinary differential equations published in 1987, four years after Fox retired. The authors write in the Preface:-

Though there are two main types of ordinary differential equations, those of initial value type and those of boundary value type, most books until quite recently have concentrated on the former, and again until recently the boundary value problem has had little literature. Very few books, even now, treat both problems between the same two covers, and this book, which does this in quite an elementary way, must be almost unique in these respects.

This expository paper discusses the present state of our ability to solve partial differential equations. It considers the success achieved in the production of new techniques, machine-oriented techniques, error analysis, mathematical theorems and the solution of practical problems, and contrasts this with corresponding work in the field of linear algebra. Outstanding problems include a determination of the error of finite-difference approximations, the automatic machine production of finite-difference formulae in complicated regions, the smoothing of physical data, and the classification of equations for computing-machine library routines.

... there are a surprising number of new developments, in economic direct methods ... , strongly implicit iterative and factorization methods ... , and in the treatment of nonlinear problems ... [We give] a short account of recent attempts at mechanization of some of the efforts at acceleration devices of the original 'relaxation workers', and ... attempt some evaluation of the present state of the art with recommendations for future work.

His retirement in 1983 was earlier than it might have been since to suffered a heart attack in 1981 and after this, although making a rapid recovery, decided to leave his official duties earlier than was necessary. He was made an emeritus fellow of Balliol on his retirement and continued to be involved with academic affairs as well as continuing his research. One of his last papers was Early numerical analysis in the United Kingdom presented to a conference on the history of scientific computing held at Princeton in 1987.

We mention that Fox had been divorced from his first wife early in 1973 and had remarried Clemency Mary Holme Clements on 20 July 1973. We also note two further aspects of Fox's career. One is his association with NAG, the Numerical Algorithms Group. Fox's laboratory at Oxford was one of the founding organisations of NAG in 1970 and he strongly encouraged the development of the group, offering considerable resources from his own Computing Laboratory. He was the Oxford representative on NAG until the year following his retirement. The second aspect we mention is Fox's association with the Institute of Mathematics and its Applications. He served on its council and as editor of its journal until he became editor of its Journal of Numerical Analysis when it started publication in 1981. The Institute of Mathematics and its Applications held a symposium in 1983 to mark his retirement and elected him an honorary fellow in 1989.

Fox, who had enjoyed trouble free health up to 1981, continued to suffer from heart problems during his retirement. He died from a ruptured aneurysm in the John Radcliffe Hospital, Oxford. His character is described in [1] as follows:-

Throughout his life Fox remained true to his roots, a forthright socialist and above all a Yorkshireman.

His friendships and contacts were very wide, and he was excellent company in many different surroundings.

An indication of the high regard he was held in by his friends and colleagues is the enthusiastic response to support the creation of a Leslie Fox Prize for Numerical Analysis. The Institute of Mathematics and its Applications organises the award of the prize, setting topics for the competition which continues to attract entrants of the highest quality from around the world.

Other Mathematicians born in England
A Poster of Leslie Fox

Other pages about Leslie Fox:

Other websites about Leslie Fox: