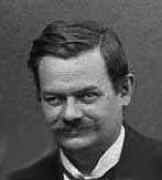 Richard Fuchs's father was Lazarus Immanuel Fuchs, a famous mathematician with a biography in this archive, and his mother was Marie Anders (born about 1849). They were Evangelical Protestants. Richard was born in Greifswald in north east Prussia (now in Germany), on the Baltic Sea. Lazarus Fuchs had been appointed to the University of Greifswald in session 1868-69 and he was still there when his son Richard was born in December 1873 but he moved to Göttingen in 1874, where he spent just one year before moving to Heidelberg in 1875. This means that Richard had lived in three different towns before he was two years old.

It was in Heidelberg that Richard Fuchs began his schooling, attending a very good private school run by Antoni for eighteen months. He then spent six months at the Grand Ducal Lyceum in Heidelberg run by Gustav Uhlig (1838-1914) who had been appointed Director in December 1871. This was an excellent school with around 500 pupils attracted from a wide area by its high reputation but, after a short time there, Richard Fuchs had to move on. In 1884 Lazarus Fuchs moved from Heidelberg to take up the Berlin chair left vacant by the death of Eduard Kummer so at this Richard Fuchs had to move school. However, in Berlin he was able to study at a school which was also very highly regarded.

The Askanische Gymnasium, at 24 to 26 Hallesche Strasse in the district Tempelhof district of Berlin, had been founded in 1875 and its first headmaster was Woldemar Ribbeck (1830-1902). When Fuchs studied at the school Ribbeck, a classical philologist, was still the headmaster with a staff of 15 teachers and over 500 pupils. Fuchs studied at this school for eight years and was inspired by the outstanding mathematics teacher Adolf Schumann who died in 1894, just a year after Fuchs graduated from the high school.

In 1893 Fuchs took the maturity examination and entered the Friedrich-Wilhelm University of Berlin. He studied mathematics and physics there for eight semesters attending lectures by Fischer, Georg Frobenius, Lazarus Fuchs, Friedrich Robert Helmert (1843-1917), Hermann von Helmholtz, Kurt Hensel, Georg Hettner (1854-1914), Johannes Knoblauch (1855-1915), Eduard Eberhard Kundt (1839-1894), Friedrich Paulsen (1846-1908), Max Planck, Ernst Pringsheim, Ludwig Schlesinger, F E Schulze, Hermann Amandus Schwarz, and Carl Stumpf (1848-1936). We note that in addition to those who taught him mathematics and physics, Fuchs was also taught by the philosophers Paulsen and Stumpf, by F E Schulze who was Professor of Zoology, and by Helmert who was professor of advanced geodesy and director of the Geodetic Institute. Undertaking research advised by Hermann Amandus Schwarz and Georg Frobenius, Fuchs was awarded a doctorate from the Friedrich-Wilhelm University of Berlin in 1897 for his thesis Über die Periodicitätsmoduln der hyperelliptischen Integrale als Functionen eines Verzweigungspunktes. Ⓣ He dedicated his thesis to:-

My dear father and teacher, L Fuchs, with love and gratitude.

As well as all his above teachers, to whom he extended his greatest thanks and everlasting gratitude, he offered in particular thanks to Ludwig Schlesinger, who greatly helped him in his studies, and he keeps till last his greatest thanks of all to his "beloved father and teacher Lazarus Fuchs." He was examined in an oral examination on 28 July 1897, with opponents Gerhard Hessenberg (1874-1925), Arthur Schulze (1872-1942) and Paul Bartels (1874-1914). Hessenberg, Schulze and Bartels were students of mathematics, theoretical physics and medicine, respectively, who all obtained their doctorates in 1897.

In 1901 Fuchs was appointed as a teacher at the Bismarck-Gymnasium in Berlin-Wilmersdorf. He taught there while working on an habilitation thesis. He married Käthe Kiepert (1877-1945) in Berlin in 1903. Käthe was the daughter of Richard Kiepert (1846-1915), a German cartographer born in Weimar. He was the son of famed cartographer and geographer Heinrich Kiepert (1818-1899). Richard and Käthe Fuchs had two children, Dietrich Fuchs and Barbara Fuchs (born 1909). Barbara studied physics and was awarded a doctorate before marrying the physicist Rudolf Jaeckel (1907-1963). Jaeckel had a Jewish grandmother so he, like Barbara, was a quarter Jewish. They married before a law came into force banning such marriages. Jaeckel was dismissed in 1938 but remained in Germany. Rudolf and Barbara Jaeckel had a son Klaus (1942-1996) who was also a physicist.

Returning to describe Fuchs' career, he habilitated at the Technische Hochschule Berlin-Charlottenburg in 1906 but continued to teach at the Bismarck-Gymnasium. Axel von Harnack (1895-1974), who became a librarian, historian and philologist, was a student at the Bismarck-Gymnasium in the first half of the 1910s. He wrote in 1964 about Fuchs who was his mathematics teacher at the Gymnasium [1]:-

The mathematics professor Dr Richard Fuchs gave us the feeling of being taught by a true scholar. He also worked part-time as professor at the Technische Hochschule in Charlottenburg and was a highly gifted teacher. His lessons were inspiring and punctuated with good humour which we held in high esteem. He presented the abstract material - based on the abundance of his knowledge - with lively clarity. He was also in a position to clarify the basics of his subject, as well as those of physics and chemistry, to students who were mathematically limited. He took us far beyond the level which was achieved at classical grammar schools in those days. We were acquainted with the elements of differential calculus and also taught possible applications.

Fuchs' father, Lazarus Fuchs, died in 1902 and one of Richard Fuchs' main tasks from that time on was the publication of his father's complete works. He undertook this task in collaboration with Ludwig Schlesinger, who had greatly assisted Fuchs while he was working for his doctorate and who was married to Fuchs' sister Clara, and they jointly edited Gesammelte mathematische Werke von L Fuchs Ⓣ which was published by Mayer & Müller, Berlin in three volumes in 1904, 1906 and 1909. Hermann Blenk writes in [3]:-

During these years, busy with the release of the publications of his father, he promoted his life's work, the theory of linear differential equations in the complex domain, through its own investigations, and a wide readership benefited from his ability present a clear presentation and a simple argument.

In the summer of 1914 World War I broke out involving most of the nations of Europe. Fuchs was sent to the German Research Institute for Aviation in Adlershof near Berlin. This research institute, called the Deutsche Versuchsanstalt für Luftfahrt, had been set up in 1912 and required mathematicians with knowledge of aerodynamics and electrical engineering. Already the theory of complex variables was being used in the design of aircraft wings and Laplace transforms were heavily used in electrical engineering. Fuchs contributed to the first of these two areas making studies of the mechanics of flight, in particular studying longitudinal and lateral stability of the aircraft and well as wing theory. During the war years he did not publish any papers (except Über eine lineare Differentialgleichung zweiter Ordnung mit einer Unbestimmtheitsstelle Ⓣ (1915) for which the research had been completed before the outbreak of war). However, after the war ended he published Beiträge zur Prandtlschen Tragflügeltheorie Ⓣ (1921) which reflected the type of research he had undertaken during his war work. At the Technische Hochschule in Berlin-Charlottenburg he was promoted to extraordinary professor in 1922. In the same year he published the first volume of his textbook Aerodynamik Ⓣ. This book, written jointly with Ludwig Hopf from Aachen was, at this time, the only German text in this area. In addition to his position at the Technische Hochschule Berlin-Charlottenburg, from 1922 to 1936 Fuchs also worked at the German Research Institute for Aviation in Berlin-Adlershof where he had carried out war work during the 1914-18 war. In fact it was the Technische Hochschule Berlin-Charlottenburg that provided the training of mathematically educated engineers who were ideally suited for work at the German Research Institute for Aviation in Berlin-Adlershof. Let us note that one of Fuchs' publications relating to his work at the Institute for Aviation was Berechnung der Luftkräfte in der Flugtechnik mittels der Theorie der Funktionen einer komplexen Veränderlichen Ⓣ (1928).

On 30 January 1933 Hitler came to power and on 7 April 1933 the Civil Service Law provided the means of removing Jewish teachers from the universities, and of course also to remove those of Jewish descent from other roles. All civil servants who were not of Aryan descent (having one grandparent of the Jewish religion made someone non-Aryan) were to be retired. However, there was an exemption clause which, among others, exempted non-Aryans who had served in the 1914-18 war. Fuchs was a half-Jew so certainly came under the non-Aryan definition of the Civil Service Law but he had served in the 1914-18 war so came under the exemption clause. This meant that in 1933 he kept his position at the Technische Hochschule Berlin-Charlottenburg but, as time went on, the exemption clause became ignored. He was dismissed from the Technische Hochschule Berlin-Charlottenburg in 1937 and with his dismissal there were no Jewish mathematicians left at the Hochschule. However, he was allowed to continue his work on aviation and worked at the German Research Institute for Aviation in Braunschweig until his death in the last days of 1944.
Other Mathematicians born in Germany

Other pages about Richard Fuchs:

Other websites about Richard Fuchs: