Born
30 January 1755
Basel, Switzerland
Died
4 January 1826
St Petersburg, Russia
Summary
Nikolai Fuss was a Swiss mathematician whose most important contribution was as amanuensis to Euler after he lost his sight. 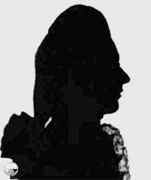 Nikolai Fuss was born into a Swiss family who had a sufficient income to live reasonably but were certainly not particularly well off. He was educated in Basel and his mathematical abilities brought him to the attention of Daniel Bernoulli who recommended him for the post of Euler's secretary. By 1772 Daniel Bernoulli was an old man, as was Euler, but the two had kept in contact over the many years after Bernoulli had left St Petersburg, where he had worked with Euler, and had returned to Basel. Euler had an eye operation in 1772 which left him almost completely blind so he wanted Daniel Bernoulli to find a secretary for him who was well trained in mathematics.

Fuss arrived in St Petersburg in Russia in May 1773 to take up this post and he spent the rest of his life in Russia. Being Euler's secretary was not an easy task, for his secretaries had to be excellent mathematicians who could help Euler develop his ideas:-

.. the scientists assisting Euler were not mere secretaries; he discussed the general scheme of the works with them, and they developed his ideas, calculating tables, and sometimes compiled examples.

Fuss's book was not a best seller and never ran to a second edition. However, as Daumas writes, it was:-

... appreciated by his contemporaries, and doubtless inspired the attempts to produce achromatic microscopes made at the end of the eighteenth and in the early nineteenth century.

Fuss's first papers were written under Euler's direction and dealt with problems in insurance. He helped Euler prepare over 250 articles for publication over a period on about seven years in which he acted as Euler's assistant, including an important work on insurance which was published in 1776. We know a lot about what Fuss was working on during the years 1773 to 1778 for he corresponded with Daniel Bernoulli over this period and the correspondence had been preserved (see [5]). C J Scriba writes:-

The most important scientific subjects discussed in this correspondence are related to investigations and articles by Fuss. They concern the construction of telescopes, experiments and formulas for the sounds generated by closed pipes, population statistics and the reliability of mortality tables, the project of constructing a wooden bridge of extraordinary width across the Neva, and Euler's numeri idonei for testing large prime numbers.

In 1776, in addition to his other duties, Fuss became an assistant at the St Petersburg Academy and, in 1783, academician in higher mathematics. This was the year in which Euler died and Fuss was discussing science with him up to the last day of his life:-

On 18 September 1783 Euler spent the first half of the day as usual. He gave a mathematics lesson to one of his grandchildren, did some calculations with chalk on two boards on the motion of balloons; then discussed with Lexell and Fuss the recently discovered planet Uranus.

From 1790 Fuss was professor of mathematics at the Marine Corps in Petersburg, then from 1800 to 1826 he was permanent secretary to the Academy of Sciences in Petersburg. It was in this role that Fuss wrote to Gauss offering him a post at the Academy. The paper [3] contains Gauss's reply to Fuss written on 4 April 1803, in which he declines employment in St Petersburg and discusses his observations of the asteroid Pallas. The reason for refusing the offer of a position was Gauss's commitment to Karl Wilhelm Ferdinand, the Duke of Braunschweig.

Most of Fuss's papers are solutions to problems posed by Euler on spherical geometry, trigonometry, series, differential geometry and differential equations. His best papers are in spherical trigonometry, a topic he worked on with A J Lexell and F T Schubert. Fuss also worked on geometrical problems of Apollonius and Pappus. He made contributions to differential geometry and won a prize from the French Academy in 1778 for a paper on the motion of comets near some planet Recherche sur le dérangement d'une comète qui passe près d'une planète Ⓣ (see [4]). Fuss won other prizes from Sweden and Denmark. He contributed much in the field of education, writing many fine textbooks.
Other Mathematicians born in Switzerland
A Poster of Nikolai Fuss

Other pages about Nikolai Fuss:

Other websites about Nikolai Fuss: