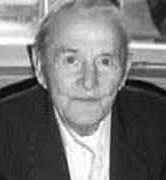 Stanisław Gołąb was born in Travnik, a small town about 75 km north west of Sarajevo. When he was eight years old his family moved to Kraków. Stanisław had begun his primary education in Travnik but, after his family moved, he completed his primary education in Kraków. He then continued to attend secondary school in Kraków, where he showed outstanding abilities in mathematics. In fact he was fortunate to have a talented teacher, Antoni Hoborski, who later became a professor at the Mining Academy in Kraków. Hoborski was quick to spot the mathematical talents in his young pupil, and he guided him through his secondary school career, giving Gołąb a deep love of geometry. He completed his school studies in 1920.

Poland was invaded by German troops on 1 September 1939 and by 5 September they had crossed the Vistula. The Fourteenth Army was aiming at Kraków but, although the city was not destroyed, it had to surrender to the German forces on 6 September. The general expectation was that the Germans would allow the Jagiellonian University to open and teach the 1930-40 courses. SS officer Bruno Müller ordered the rector of the University to assemble the professors and assistants of the University on 6 November to hear a lecture on the Nazi Party policy toward science and universities. Believing that this was a meeting where conditions would be laid out for the university to reopen, 105 professors and assistant professors, 33 teaching staff and 2 students assembled in room 66 of the Collegium Novum building at noon. In addition 21 professors and assistantd from the Mining Academy were attending a meeting in a different room of the Collegium Novum. Gołąb was one of those at the meeting in the Collegium Novum on that day.

What the Kraków university teachers did not know as they entered the Collegium Novum was that the Nazis had been working out a plan codenamed Sonderaktion Krakau as part of a wider plan to eradicate the Polish intellectuals. All were arrested including a number of visiting professors, university employees and students not included in the above totals who happened to be in the Collegium Novum at the time. Gołąb, of course, was one of those arrested. He was taken first to a prison in Wrocław, then to the concentration camps of Sachsenhausen and Dachau. In all 183 arrested in the Collegium Novum that day ended up in these concentration camps. Many Jews sent to these concentration camps went straight to the gas chambers but the academics were spared that fate. However conditions in the camps were extremely poor with disease, lack of proper food and sanitation, and little escape from the winter cold. Around twenty of the older professors died in the camps, or within days of being released. However on 8 February 1940, following strong international protests, around one hundred of the older professors were released. Gołąb, being one of the younger professors, was not released at that time and he suffered in the camps until December 1940 when, after a year of imprisonment, he was released.

Gołąb worked as a bookkeeper for a forestry organisation from the time of his release until the end of World War II. However, in 1942, the released academics began to operate an underground university in Kraków, despite the Nazi edicts forbidding such an organisation. Gołąb was one of those who, despite the knowledge that were they caught they would almost certainly have been murdered, taught at both the Mining Academy and at the Jagiellonian University. He resumed his pre-war duties at both the Mining Academy and the Jagiellonian University after the war ended. He was made an extraordinary professor at the Mining Academy in 1946 and a full professor two years later. In 1949 he was appointed as Head of the Department of Differential Geometry at the Mathematics Institute of the Polish Academy of Sciences. In 1955 he became a full professor at the Jagiellonian University where he was Head of Geometry. He continued to teach at the Mining Academy until 1962, but even after that he continued to collaborate with colleagues there.

Kucharzewski, a doctoral student of Gołąb at the Jagiellonian University who obtained his doctorate in 1959, writes in [2]:-

Professor Gołąb dealt with different fields of mathematics such as geometry, topology, algebra, analysis, logic, functional and differential equations, the theory of numerical methods and various applications of mathematics. He wrote several didactic papers (13), popular science papers (3), historical essays (8) and biographical notes (8). However, the most important results he obtained were in the field of geometry. More than half of the total number of his publications belong to that domain (130). One can divide them into three almost equal parts; papers on the theory of geometric objects (40), papers on classical differential geometry under weak regularity assumptions (43) and papers belonging to various other domains in geometry (50) mainly connected with some special spaces such as spaces with linear or projective connection, Riemann, Minkowski and Finsler spaces, general metric spaces, etc.

In [5] Kuczma, a doctoral student of Gołąb at the Jagiellonian University who obtained his doctorate in 1961, writes that Gołąb:-

... at least a few dozen, perhaps even hundreds, of engineers not only had the opportunity of discussing their projects or results with Professor Gołąb, but also as a result of this discussion could enrich and improve their research work.

In 1956 Gołąb published the book Tensor calculus (Polish). Z A Melzak begins a review of the text by writing:-

This is a careful book, in the classical style and the usual best traditions of the Polish school, on the Tensor Calculus, written from a geometrical point of view, and intended for students of Physics and Engineering as well as those of Mathematics. By an explicitly stated preference, the author follows the methods of Schouten ...

He will always be remembered by his pupils as a conscientious researcher, great teacher and invariably helpful man.

Other Mathematicians born in Bosnia
A Poster of Stanisław Gołąb

Other websites about Stanisław Gołąb: