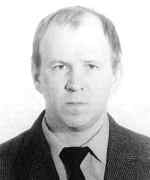 Viktor Aleksandrovich Gorbunov studied at Novosibirsk State University, graduating with a first degree in 1972. He then remained at the University undertaking research for his doctorate but at the same time teaching as an instructor in the Department of Mechanics and Mathematics of the University. His thesis advisor was Dmitrii Smirnov, but he was also influenced by Konstantin Zhevlakov.

In the same year he published Filters of lattices of quasivarieties of algebraic systems (Russian), this time written with V P Belkin. In fact he had written six papers before his doctoral thesis On the Theory of Quasivarieties of Algebraic Systems was submitted. He received the degree in 1978. Gorbunov continued working at Novosibirsk State University, being promoted to professor. He also worked as a researcher in the Mathematics Institute of the Siberian Branch of the Russian Academy of Sciences.

Gorbunov's work was published in many papers but was brought together in the form of a textbook in 1998 when he published Algebraic theory of quasivarieties both in Russian and in English translation. Gorbunov writes in the Preface of the book:-

The theory of quasivarieties is a branch of algebra and mathematical logic that deals with a fragment of the first-order logic, the so-called universal Horn logic. In this book, the author has tried to represent uniformly the principal directions of the theory of quasivarieties on the basis of an algebraic approach. This approach was developed by the author and his students and was presented earlier only in articles. The book contains a number of new unpublished results (in particular, concerning applications of quasivarieties to graphs, convex geometries, and formal languages).

The contents of the book is indicated by the titles of the six chapters: Basic notions; Finitely presented structures; Subdirectly irreducible structures; Join semidistributive lattices; Lattices of quasivarieties; and Quasi-identities on structures.

Viktor's name was and will always be affiliated with the Siberian School of Algebra and Logic, which was founded by Anatoly Ivanovich Malcev. Viktor was proud to belong to the School and to continue its traditions. He created around himself a team of bright young mathematicians whom he inspired and with whom he shared his ideas. In the forum of universal algebra and lattice theory, his group was well respected, within the School as well as internationally.

Also in [2] a list of 13 of his doctoral students are given. One of these students was Kira Adaricheva, who was awarded his doctorate in 1992 for his thesis Structure of lattices of subsemilattices, and is the author of [1] and the coauthor of [2]. The article [2] forms an introduction to the Viktor Aleksandrovich Gorbunov memorial issue of Algebra Universalis. This issue contains three papers coauthored by Gorbunov together with his doctoral students Aleksandr Kravchenko, Kira Adaricheva and Marina Semenova. The authors of [2] end their tribute with these words:-

He was a dedicated teacher, lecturer, and Ph.D. advisor. He was a member of the Scientific Council of the Institute of Mathematics in Novosibirsk. He was an editor of Algebra Universalis. His name will stay with us in his theorems, mathematical ideas, in the open problems he left, and in our memory of his genuine dedication to mathematics. This special issue of Algebra Universalis is a tribute to his memory by the universal algebra and lattice theory community.

He died at age 48.
Other Mathematicians born in Russia

Other websites about Viktor Aleksandrovich Gorbunov: