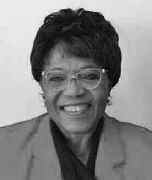 Joséphine Guidy-Wandja was given the name Joséphine Wandja; she adopted the name Guidy-Wandja, by which she is now known, after her marriage. She spent the first fourteen years of her life in Cameroon before the family moved to France where she attended the Lycée de Jeunes Filles at Châtellerault, a town between Tours and Poitiers. Châtellerault is about 300 km south west of Paris. After a year studying at this school, in 1960 she obtained the BEPC, the Brevet d'études de Premier Cycle, a qualification given after students had been examined in mathematics, French and history/geography.

After studying in Châtellerault, Wandja moved to Paris where she attended the Lycée Fenelon and the Lycée Jules Ferry. The Lycée Fenelon was the first girls' high school in Paris founded in the Latin Quarter in 1892 and prepared girls to enter the École Normale Supérieure in Fontenay-aux-Roses. This university for girls is on the south west side of Paris about 8 km from the centre of the city. The Lycée Jules Ferry was founded in 1913 as a girls' school but admitted boys in 1960 just before Wandja began studying there. She attended courses for the first and second parts of the Baccalaureate at the Lycée Jules Ferry where she also prepared for entering the Grandes Écoles. She also studied at the Université Pierre et Marie-Curie for the MGP, General Mathematics and Physics. Already Wandja was set on studying mathematics at university and she explained how she came to that decision in the interview [6]:-

I cannot say that I was born to be a mathematician. I followed a path that led me to mathematics. As I went through the steps, I thought why not continue. Also, I must admit that my father was very demanding and followed me closely. I had faith in what I was doing. But there is no talent without work. Until the end, I did not know what I wanted to be. My parents wanted me to opt for medicine. That subject is above my human capacity. I am very emotional. I worked as a team with my girl friends and we said to ourselves: "why not do the maths" and we registered in the preparatory class for "Fontenay-aux-Roses".

Between June 1965 and October 1969 Wandja obtained twelve certificates for higher studies in subjects such as general mathematics and mathematical physics, general mechanics, integral calculus, number theory, etc. She met her future husband in 1968 at a student dance when she was a mathematics student at the University of Paris 6 and he was an engineering student. At that time she was being advised by René Thom, Henri Cartan and Paulette Liberman. She was awarded her Doctorat 3ème cycle by the University of Paris 6 in 1971 for her thesis Sous les courbes fermées convexes du plan et le théorème des quatre sommets Ⓣ. Speaking of her husband's support for her studies, she said [6]:-

Thanks to his encouragement, three years after meeting him, I obtained my doctoral degree and we got married.

She spoke of married life in the following way [6]:-

With respect for commitments, organization, and love, the big African family can make you lift mountains and allow you to live your life as a wife and mother. Because on this side, since mathematics is brain-based - if the brain has problems, mathematically, it cannot go far - a mother's attention and brain are occupied by her child during at least nine months of pregnancy, and nine months of breastfeeding, i.e. eighteen months per child, so for five children that is about eight years. Eight years when the laboratory of the mind is idling. If this laboratory is slowed for eight years, when it reopens, is it at the same level as one that worked full time, that of the man? Then draw your own conclusions.

Wandja started teaching at the Jacques Amyot High School in Melun (near Paris) during the 1969-70 academic year, after which she went to the University of Paris VII where she became assistant professor before joining the University of Abidjan in October 1971 where she was appointed as a lecturer. In 1979 the Centre de recherche de mathématiques de la décision of the Université Paris IX-Dauphine published Guidy-Wandja's work  Investissement et épargne: un modèle quadratique d'allocation Ⓣ.

In 1981, after being advised by Jean-Pierre Aubin, Guidy-Wandja was awarded a 'Doctorat d'état en sciences mathématiques' by the Université Nationale de Cote d'Ivoire, Abidjan, Côte d'Ivoire, for her thesis Modèles de décision entre investissement en biens durables et épargne en biens fiduciaires et Modèle de partage équitable ou théorie du chômage Ⓣ. We note that some sources give the title of this thesis as Economie quadratique Ⓣ and the year of award as 1980. In fact Jean-Pierre Aubin gives this on his own website but the full title of the thesis, as held by the Université Nationale de Cote d'Ivoire, has the longer title we have quoted.

"Yao crack" is a comic strip made up of about twenty titled sketches, such as "Yao and Thales", "mathematical speaking" etc. Thanks to the drawings of our talented cartoonist Jess Sah Bi the scenes are full of humour and portray some of the difficulties that the African child faces in mathematics. As soon as a mathematics teacher says to a child (pupil or student) "go to the board", he sweats like Yao on the cover. We want to demystify mathematics to make it accessible to as many children as possible. ... Mathematics is at the base of all science and technology, both as a way of thinking and as an instrument of inquiry.

In 1992 Guidy-Wandja was awarded a Doctorat d'État en Science Économie for her thesis La dynamique d'intégration commerciale des pays de l'Afrique subsaharienne: cas de la Zone Franc Ⓣ. In 1993 she published Peut-on dévaluer le franc CFA? Ⓣ (see [3]). The letters CFA have been given different meanings over time, from 'French Colonies of Africa', to 'French Community of Africa', but by the time Guidy-Wandja wrote this article it stood for 'African Financial Community'. It was a currency used by thirteen African countries and tied in value, at this time, to the French franc. The Abstract of this article is as follows [3]:-

After recalling the history of the CFA franc, which exists only in relation to the French franc to which it has been tied by a fixed parity since 1948, the author discusses the possibility and the consequences of a devaluation of the CFA. The fixing of parity is one of the principles underlying the strength and credibility of the CFA franc. According to the monetary agreements, the parity of the CFA can only be modified if all the Member States agree. Unanimity never seems to have existed before for a change of parity. Assuming it is done tomorrow, the effects on African economies are likely to be catastrophic. Moreover, it is not certain that this devaluation resolves the fundamental problem which remains that of the relationship between the prices of exported products and import prices, that is to say the terms of trade whose variations reflect the enrichment or impoverishment of a country according to the evolution of world prices. Since 1970, most of the thirteen countries in the CFA zone have seen their terms of trade deteriorate from year to year.

In fact on 12 January 1994 the CFA franc was devalued with the aim of helping African exports.

A publication by Guidy-Wandja, Excision? Mutilation sexuelle? Mythe ou Réalité? Ⓣ (1987) (see [4]) has been much quoted and discussed, but it is not the place here to look at this article.

Asked about the contribution of women in African society, Guidy-Wandja replied [6]:-

She gives a final word of praise for the magazine Amina that is carrying out the interview [6]:-

I hope that in Africa many women are devoted to science (law, physics, chemistry, etc.). If a woman wants, she can do more. I especially congratulate "Amina" for the progress made since its creation. It is a privileged instrument for the emancipation of the black woman. Continue to allow women from all walks of life to express themselves. Congratulations and thank you to Amina! All women must support you!

Other pages about Joséphine Guidy-Wandja:

Other websites about Joséphine Guidy-Wandja: