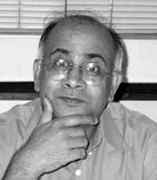 Shanti Swarup Gupta was brought up and educated in India. He studied for a Master's Degree at the University of Delhi and then began teaching there. After several years, he was awarded a Fulbright Scholarship in 1953 which enabled him to read for a doctorate in the United States. He studied at the University of North Carolina at Chapel Hill with Raj Chandra Bose as his thesis advisor. He was awarded his doctorate in 1956 for his thesis On a Decision Rule for a Problem in Ranking Means. He then began research in statistics at Bell Laboratories, in Allentown, eastern Pennsylvania. These Laboratories were set up to develop equipment and systems manufactured by AT&T but they became involved in a wide range of basic and applied research in different areas. For example in the year which Gupta was awarded his doctorate, three scientists at the Bell Laboratories were awarded a Nobel Prize in Physics for inventing the transistor.

Gupta publication record is exceptional containing over 200 items. Among these are two important books. The first of these is Multiple decision procedures: theory and methodology of selecting and ranking populations written jointly with S Panchapakesan and published in the Wiley Series in Probability and Mathematical Statistics in 1979. Khursheed Alam, reviewing the text, wrote:-

This book contains a comprehensive collection of published literature in multiple decision theory, dealing with problems of ranking and selection. The book deals primarily with the subject of ranking and selection. However, a section of the book covers related areas, such as the estimation of ordered parameters. The material presented in the book has been properly arranged and carefully written so that the book serves as a textbook for graduate students as well as a reference book. The content of the book is not only pleasant to read but it is also motivating.

In this monograph the authors present a short discussion of the statistical theory of multiple decision rules with particular reference to the subject of ranking and selection.

Gupta married Marianne Heinicke; they had one daughter Maya.
Other Mathematicians born in India
A Poster of Shanti Swarup Gupta

Other websites about Shanti Swarup Gupta: