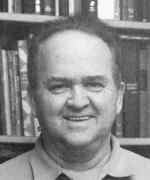 John Hildebrant attended the University of Oklahoma. He did not undertake research after graduating, choosing instead to accept a post as a computer programmer with an oil company. After a few years in this position he decided to continue with his academic studies and applied to do graduate work at the University of Tennessee in Knoxville. He began by taking graduate courses and wrote a Master's thesis on algebraic semigroups under Don Dalzell Miller's supervision. He then continued to undertake research for his doctorate under Dennison Robert Brown's supervision. Brown was a student of Robert Koch and had recently been awarded a Ph.D. for his thesis Topological Semigroups of Non-negative Matrices. Hildebrant worked on topological semigroups under Brown's supervision and was awarded his Ph.D. in 1965 for his dissertation On Compact Uniquely Divisible Semigroups. He published his first papers, containing results from his doctoral thesis, in 1967 and 1968: On compact unithetic semigroups (1967), On uniquely divisible semigroups on the two-cell (1967), and On compact divisible abelian semigroups (1968).

After completing his doctorate, Hildebrant accepted an appointment at Louisiana State University in Baton Rouge, Louisiana, in 1966. He continued to work at Louisiana State University until he retired in 2001. He published numerous articles on topological semigroups but his most important work is almost certainly the two volume The theory of topological semigroups (1983, 1986) written jointly with J H Carruth and R J Koch. M Friedberg reviewed both volumes. He writes:-

The two volumes are intended to be a survey of the field of topological semigroups and are presented in a way that makes the material accessible to graduate students. While not in standard textbook form, they can be used as such as well as a reference source.

He ends his review emphasising the fact that he expected the work to become a standard reference (as indeed it did):-

... given the extensive bibliography, the generous appendices, the listing of unsolved problems and, above all else, the wise choice of the most intuitively appealing proofs, these two volumes will become a standard reference for the field of topological semigroups for some time to come.

To give a small flavour of Hildebrant as a teacher, we list the contents of a course he gave at Louisiana State University on Foundations of Mathematics. The chapter headings for the course were: 1. Sets and Relations; 2. The Peano Axioms; 3. Order Relations; 4. The Axiom Of Choice; 5. Finite and Infinite Sets; 6. Well-Ordered Sets; 7. Quotient Sets and the Integers; 8. The Real Numbers; 9. Ordinal Numbers; 10 Cardinal Numbers.

In [1] the authors describe Hildebrant's style as a teacher:-

He had a unique gift for knowing just how much introduction needed to be given for a new topic before sending students forth to make their own discoveries. When the time came for students to present their work, he was always able to redirect those who had missed the mark in an encouraging and non-threatening way. When faced with a feeble attempt at a proof, John would simply raise an eyebrow, lean back in his chair and say, "I'm not sure I believe that. Let me see you try that again." John was also extraordinarily supportive of his Ph.D. students, both during their dissertation research and well into their careers. Indeed he continued an active collaboration with his students even after his retirement.

Hildebrant's character comes over clearly in the following quote from [1]:-

All those who knew John were impressed by his generosity, his humility, and by his unfailing good humor. He often comforted his Ph.D. students with the story of "Friday's theorems." Friday's theorems are those theorems proved on Friday for which a counterexample is found the following Monday. John never hesitated to admit that he had "proven" his share of Friday's theorems. John's generosity was demonstrated in his work with students, his administrative work, and his relationship with colleagues. When collaborating on research, he was not concerned with who should get the most "credit," but was consumed with the joy of doing mathematics.

Other Mathematicians born in USA
A Poster of John Hildebrant

Other websites about John Hildebrant: