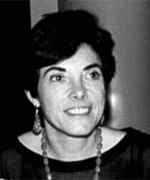 Linda Goldway Keen was Linda Goldway until her marriage. Her father was an English teacher in New York but, despite his area of academic interest, he was happy to see his daughter Linda attend the Bronx High School of Science in New York City which of course specialized in science. At this High School she was turned on to mathematics by her study of geometry. As sometimes happens, although her father was always highly supportive of the direction his daughter wished to take, there was also an element of reacting against her father's subject. She said [1]:-

... not only was mathematics fascinating, but it seemed as far away from English as I could get.

Graduating from the Bronx High School of Science, Goldway she entered the City College of New York, gaining a B.S. in 1960. Remaining in New York, she was awarded a Master's Degree by New York University in 1960, then studied for her Ph.D. at the Courant Institute of Mathematical Sciences.

Her doctoral supervisor was Lipa Bers who had worked at the Courant Institute for about 10 years before he began to supervise Keen. He left the Institute in 1964, the year in which Keen was awarded her Ph.D. Her research involved studying the interplay between the analytic and geometric aspects of classifying Riemann surfaces. She described the background to this work in the Emmy Noether Lecture which she gave in 1993. This part was summarised as follows:-

After receiving her Ph.D. Keen spent a year at the Institute for Advanced Study at Princeton. During this year she published Canonical polygons for finitely generated Fuchsian groups in Acta Mathematica. In it Keen showed that for each standard fundamental region for a finitely generated Fuchsian group, acting on the unit disk, there exists a convex Fricke polygon which has the same set of generators. The method of proof followed variational techniques which had been introduced earlier by her Ph.D. supervisor Bers. In the following year she used methods which she had developed in this first paper to give a geometrical approach to the problem of moduli in Intrinsic moduli on Riemann surfaces published in the Annals of Mathematics. In this paper she constructed a fundamental polygon for the Fuchsian group representing a marked Riemann surface.

After spending 1964-65 at the Institute for Advanced Study, Keen took up posts in the City University of New York. There she was attached to the Graduate School and University Center, and also to Hunter College. Hunter College had started out as a teacher-training institution for women but from 1921 it had accepted men to graduate studies. It became a fully coeducational autonomous College of the City University of New York in 1964, shortly before Keen took up her post there.

In 1968 Lehman College, which had been Hunter College's Bronx campus since it opened in 1931, split off as a separate autonomous College affiliated with CUNY. When Lehman College split from Hunter College, Keen joined it and has remained on the staff since that time. She was promoted to a full professor in 1974 and later held dual appointments in both the Mathematics and Computer Science Departments.

We should mention some more important work undertaken by Keen. In the 1980s she collaborated with Caroline Series on work on Riemann surfaces which returned to ideas that she had studied for her doctoral thesis:-

By this time, Bers had proved that the space of conformal structures on Riemann surfaces admits a complex analytic structure, and Maskit had defined an embedding of that space into complex n-dimensional space for appropriate n. Using powerful techniques developed by Thurston that involve hyperbolic three-manifolds, Keen and Series gave a geometric interpretation to Maskit's parameters.

Much of Keen's work has been done in collaborations with other mathematicians and after her work with Caroline Series she teamed up with Paul Blanchard, Robert Devaney, and Lisa Goldberg to produce important results on dynamical systems. She teamed up again with Caroline Series for their joint article Pleating invariants for punctured torus groups (2004). John R Parker writes:-

The details of how the pleating planes fill out quasi-Fuchsian punctured torus space and how their boundaries meet the space of Fuchsian punctured torus groups are determined by the combinatorial patterns of how the laminations intersect and the analysis of their length functions. There is much subtlety and the whole picture is strikingly elegant.

Keen, working with Nikola Lakic, wrote the book Hyperbolic geometry from a local viewpoint which was published in 2007 by Cambridge University Press in the London Mathematical Society Student Texts series. The text on the back cover of the book reads:-

Written for graduate students, and accessible to upper-level undergraduates, this book presents topics in two-dimensional hyperbolic geometry. The authors begin with rigid motions in the plane, which are used as motivation for a full development of hyperbolic geometry in the unit disk. The approach is to define metrics from an infinitesimal point of view: first the density is defined and then the metric via integration. The study of hyperbolic geometry in arbitrary domains requires the concepts of surfaces and covering spaces as well as uniformization and Fuchsian groups. These ideas are developed in the context of what is used later. The authors then provide a detailed discussion of hyperbolic geometry for arbitrary plane domains. New material on hyperbolic and hyperbolic-like metrics is presented. These are dynamical generalizations of the Kobayashi and Carathéodory metrics for plane domains. The book concludes with applications to holomorphic dynamics, including new results and accessible open problems.

We have quoted above from the summary of her Emmy Noether Lecture Hyperbolic Geometry and Spaces of Riemann Surfaces given at San Antonio, Texas in 1993. The Emmy Noether Lectures are a prestigious series of lectures organised by the Association for Women in Mathematics. Keen served as President of this organisation during 1985-1986. Later, during 1992-1995, she was honoured by being elected to serve as Vice-President of the American Mathematical Society. She chaired the Committee on Professional Ethics which sought to draw up guidelines for professional mathematicians on issues such as giving credit to others for their contributions, responsible refereeing of papers, and important issues involving interactions between mathematicians and governments, and mathematicians and industry.

Among other contributions made by Keen, we should mention her editorial work with publications such as the Journal of Geometric Analysis, the Annales of the Finnish Academy of Sciences, and the Proceedings of the American Mathematical Society.

She has acknowledged the help of those around her with her career:-

I feel very lucky. First my father, then my thesis advisor, and finally my husband and children have been extremely supportive.

Other websites about Linda Goldway Keen: