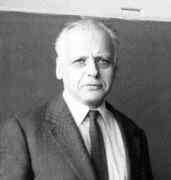 Martin Löb was brought up in Berlin at a difficult time since the Nazis came to power in 1933 when he was twelve years old. In 1939, just before the start of World War II, Löb escaped from Nazi Germany and came to England. However, once the war started, as a German living in England, he was classed as an "enemy alien". In 1940 he was sent to Australia on the transport ship Dunera to be interned in a camp at Hay, on the Murrumbidgee River. The town of Hay, in the Australian outback, is half-way between Sydney and Adelaide, due north of Melbourne. It seems an unlikely palace for Löb to be able to study mathematics and logic at an advanced level, but one must remember that professional mathematicians were also interned in the camp and were keen to teach.

The British government decided that its policy on internments was wrong in 1943 and this allowed Löb to return from Australia to England. In 1945, after World War II had ended, he was accepted by the University of London to study part-time degree while he earned a living teaching mathematics at a boarding school. Following the award of a degree he saw a research studentship advertised for research at the University of London working under Reuben Goodstein. Löb applied for the position and was appointed to the post. He was awarded his doctorate for his thesis A Methodological Characterization of Constructive Mathematics written under Goodstein's supervision although Goodstein did not remain in London for he was named professor at University College, Leicester, in 1948.

Löb was appointed as an assistant lecturer at Leeds University in 1951. He remained at Leeds for 20 years being promoted to Reader, then to Professor of Mathematical Logic. At Leeds Löb established the Leeds Logic Group, one of three international centres for Mathematical Logic in Britain. Examples of papers by Löb in the Journal of Symbolic Logic in the 1950s are Concatenation as basis for a complete system of arithmetic (1953), Solution of a problem of Leon Henkin (1955), and Formal systems of constructive mathematics (1956).

It is the second of these papers which is the most famous and contains what is now known as Löb's theorem. The problem really goes back to Gödel's incompleteness theorem of 1931. Basically Gödel showed that, given a system T, the statement "This statement is unprovable in system T" is indeed unprovable if T is consistent. Leon Henkin in asked in 1952 whether the opposite holds, namely, given a consistent system T, is the statement "This statement is provable inT" provable in T? It is this question which Löb answered in his 1955 paper, showing that "This statement is provable in T" is indeed provable in T. Löb's theorem is in some sense gives rise to a paradox called Löb's paradox. Consider the sentence "If this sentence is true then Santa Claus exists". It appears that indeed this sentence is true and so Santa Claus exists!

Löb remained in Leeds until the early 1970s when he was offered a chair at the University of Amsterdam. He accepted and spent the rest of his career in The Netherlands. Examples of papers he published in the 1970s are A model theoretic characterization of effective operations (1970), Hierarchies of number-theoretic functions (1970), A reduction theorem for predicate logic (1972) and Embedding first order predicate logic in fragments of intuitionistic logic (1976).

Löb was an intensely private, cultured and quietly strong-willed person, devoted to his Dutch wife Caroline, who predeceased him, and their daughters Maryke and Stefani. After his retirement from Amsterdam, they moved to a quiet spot in the north of Holland, where he stayed until his death. Löb valued his students highly and was concerned as much for their welfare as their academic progress. Two of them now head the departments where he worked. He was a profound and dedicated logician and teacher, and a man of great inner strength and integrity.

Other websites about Martin Löb: