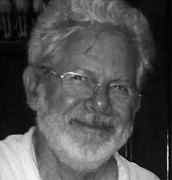 Jean-Louis Loday was born in Le Pouliguen, a town on the west coast of France, west of Nantes, on a peninsular into the Bay of Biscay. His father, Louis Loday, was mayor of Le Pouliguen at the time Jean-Louis was born, holding this position from 1945 to 1969. After beginning his education in his home town, he then studied at the Lycée Clemenceau in Nantes. This school, founded at the beginning of the nineteenth century, was an excellent one with a high standard. It had received the name Clemenceau after World War I, named for Georges Clemenceau who was at that time premier of France playing a major role in framing the Treaty of Versailles. He graduated from the Lycée Clemenceau, and was ranked first in the concours général de mathématiques in 1963. Then he attended preparatory class at the Lycée Louis-le-Grand in Paris preparing to take the entrance examination for the École Normale Supérieure. Having been successful in these examinations, he entered this prestigious university on rue d'Ulm in 1965.

Loday was awarded his agrégation de mathématiques in 1969 and he went to the University Louis Pasteur in Strasbourg where he undertook research for his doctorate. His research advisor was Max Karoubi whose area of interest was K-theory. Karoubi was one of Henri Cartan's students, having been awarded his doctorate in 1967 for his thesis Algèbres de Clifford et K-théorie Ⓣ, and he went on to become the founder of the First European Mathematical Congress. Loday, who was Karoubi's first doctoral student, was awarded his Ph.D. in 1975 for his thesis K-théorie algébrique et représentations de groupes Ⓣ. This thesis was in two parts, both of which studied product constructions in K-theory. A paper based on his thesis was published in 1976 but he had already published a number of papers, some of which announced results which were described in detail in his thesis. These earlier papers were: Applications algébriques du tore dans la sphère Ⓣ (1971); Structures multiplicatives en K-théorie Ⓣ (1972); Applications algébriques du tore dans la sphère et de Sp×SqdansSp+q Ⓣ (1973); Structure multiplicative en K-théorie algébrique Ⓣ (1974); and Higher Whitehead groups and stable homotopy (1976). The 1973 publication was in the proceedings of the Conference "Classical algebraic K-theory and connections with arithmetic" which Loday attended in Seattle in the United States.

It was at the University Louis Pasteur in Strasbourg that Loday spent his whole career. He worked there at the Institut de Recherche Mathématique Avancée which is a laboratory of the Centre National de la Recherche Scientifique and of the Université Louis Pasteur of Strasbourg. He attended the conference 'Algebraic K-theory' held at Northwestern University, Evanston, Illinois, United States in 1980 and published two papers in the conference proceedings. In 1982 he published Spaces with finitely many nontrivial homotopy groups. Ronnie Brown writes in [1] that this:-

...imaginative paper introduced the notion of the fundamental n-cat-group of an n-cube of spaces, and proved that these n-cat-groups modelled the weak pointed homotopy type of connected spaces whose homotopy groups vanish above dimension n+1.

This was related to work that Ronnie Brown was involved in and he relates in [1] how he cooperated with Loday during the early 1980s. He writes that:-

... it was fortunate to have had the privilege and pleasure of working with him, to find the way our ideas fitted, and that our different backgrounds and expertise led to the development of these new ideas.

In particular, they published the joint paper Excision homotopique en basse dimension Ⓣ in 1984 which introduced the non-abelian tensor product of groups. This paper was particularly interesting to me [EFR] for, together with David Johnson and Ronnie Brown, I published Some computations of non-abelian tensor products of groups in 1987. This is my most cited paper so I have a very personal reason for saying 'thank you' to Jean-Louis Loday.

Another topic that Loday worked on during the 1980s was cyclic homology, some of the work being undertaken jointly with Daniel Quillen. Loday published the 450-page text Cyclic homology in 1992. Jerry Lodder writes in a review:-

This book is written to introduce students and nonspecialists to the field of cyclic homology. As a prerequisite it requires only a rudimentary knowledge of algebraic topology and homological algebra. In the first half of the book the author meticulously outlines several approaches to cyclic homology, namely algebraic, geometric, and categorical. The second half contains more sophisticated results which use cyclic homology to express certain relative algebraic K-theory groups. ... The proofs of these results are highly readable and provide more details than the original research articles. ... A nice feature of the text is how the author interleaves introductory chapters with those containing recent results in cyclic homology. For example, there are fundamental chapters covering Hochschild homology, algebraic K-theory, and invariant theory, all of which are classical and essential for an understanding of the results of cyclic homology. The other chapters bring together various constructions in the literature organized around common themes.

A second edition, with an additional chapter on 'Mac Lane (co)homology', was published in 1998. In the 1990s, Loday also worked on operads, a topic that he continued to study for the rest of his life. He explains the idea behind operads in [6]:-

He was Director of Research for the Centre National de la Recherche Scientifique, being promoted to Directeur de recherche de classe exceptionnelle in 1995. His final paper, published after his death, was the paper Permutads written jointly with María Ronco. Here is the abstract of that paper:-

We unravel the algebraic structure which controls the various ways of computing the word ((x y)(z t)) and its siblings. We show that it gives rise to a new type of operads, that we call permutads. A permutad is an algebra over the monad made of surjective maps between finite sets. It turns out that this notion is equivalent to the notion of "shuffle algebra" introduced previously by the second author. It is also very close to the notion of "shuffle operad" introduced by V Dotsenko and A Khoroshkin. It can be seen as a noncommutative version of the notion of nonsymmetric operads. We show that the role of the associahedron in the theory of operads is played by the permutohedron in the theory of permutads.

We should mention that Loday also published under the pseudonym Guillaume William Zinbiel (Zinbiel is Leibniz written backwards). For example he published Encyclopedia of types of algebras 2010 under the name G W Zinbiel in the book Operads and universal algebra. Loday was a joint editor of these proceedings (under the name Jean-Louis Loday) of the International Conference held at the Chern Institute of Mathematics at Nankai University, China, in July 2010. Loday's website [5] contains a biography of the fictitious G W Zinbiel. As well as telling us that he was born on 29 February 1900 in Zoebersdorf, Alsace, we learn that his favourite music was Mozart and he played the triangle in the regional orchestra. The piece is a lovely illustration of Loday's humour.

Loday died in a tragic boating accident, falling from his boat off Les Sables-d'Olonne. He had received honours such as the Prix Francoeur from the Academy of Sciences in 1987. After his death the Third Conference on Topologie, Géométrie et de Physique Mathématique was held at Rabat in June 2013 dedicated to his memory.

He has supervised 15 theses and brought many postdoctoral students to Strasbourg. He has organized many conferences and workshops. He knew that mathematical research should never be done alone in a corner. He has never behaved like an isolated researcher and was always generous with his time and ideas. He always gave great attention to students and colleagues. He was also unable to refuse an invitation to give a presentation or course, even on the other side of the planet (for example, in Montreal, Chile, Kazakhstan in recent years). All those who have met him have had the privilege of meeting a beautiful person. This is one of those rare encounters that illuminate a life. All those who knew him will remember above all, his humour, his humanity and his love for art and mathematics.

Similar sentiments are expressed in [3]:-

He will be remembered for his good humour, his fine sense for human relationships and for his infectious enthusiasm for mathematics.

Other Mathematicians born in France

Other websites about Jean-Louis Loday: