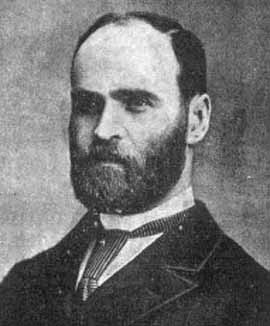 Alexander Macfarlane began his research on experimental physics but moved to mathematics and logic. He is best known for his two famous posthumous publications on British mathematicians of the nineteenth century, many of whom he had personally known.

Find out more at: https://mathshistory.st-andrews.ac.uk/Biographies/Macfarlane/