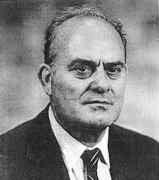 Demetrios Magiros was a student at the University of Athens where he studied pure mathematics. He was awarded a doctorate in 1940 and was appointed to the National Technical University of Athens. His first appointment was as a lecturer in mechanics and geodesy but later he was promoted to professor of mathematics. During this period he published three papers on the catenary, all in 1946. These were: On the locus of the vertex of a variable catenary; The study of the tension of a variable catenary; and Diagrams of the tension of the cross-section in the suspension of hanging wires.

In 1949 Magiros went to the United States where he studied applied mathematics at Brown University, then the Courant Institute of Mathematical Sciences in New York, and finally at the Massachusetts Institute of Technology. He was then appointed as a research scientist at the IBM Watson Laboratory of Columbia University. His next position was with the Republic Aviation Corporation and at the Courant Institute. Magiros was then appointed as professor of mathematics and mechanics at Hofstra University in Hempstead, New York (founded in 1935 on land donated by businessman William S Hofstra). At the same time he acted as a consultant for the Space and Missile Center of the General Electric Company in Philadelphia. In 1960 Magiros left his position at Hofstra University to take up full time research activities at the Space and Missile Center of the General Electric Company. He continued to work for the General Electric Company for the rest of his career.

Tzafestas, in [3], talks about Magiros as a teacher:-

Magiros was an enthusiastic teacher with the talent to transmit both the depth and breadth of his knowledge. I personally remember his excellent lectures at N R C "Demokritos" in Athens (1973) on mathematical modelling and stability of dynamical systems. his impressive set of lecture notes ... covers a variety of topics from special functions and transforms to numerical methods for the solution of nonlinear differential equations and optimal control problems.

Other Mathematicians born in Greece

Other websites about Demetrios Magiros: