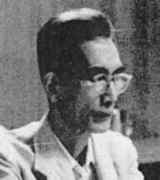 Taro Morishima was born in a rural area of Wakayama prefecture, south-central Honshu, Japan. It occupies the Kii Peninsula, which faces the Kii Strait to the west and the Pacific Ocean to the south. He was brought up by a nurse. In 1921 he was sent to The Sixth National Senior High School in Okayama, following the practice in Japan at this time to send exceptionally talented boys to one of a small number of senior high schools before entering university. He graduated from The Sixth National Senior High School in 1924 and entered Tokyo Imperial University.

Tokyo Imperial University was founded in 1877 and named in the Tokyo Imperial University in 1886. There was a major earthquake and fire in 1923 and when Morishima entered the Department of Mathematics of the College of Science of the university it had been reconstructed. This University has, from 1947, been named the University of Tokyo. Morishima married Ei Miyamoto in 1927 while he was studying at university; they had three sons. He graduated in 1928 and accepted an appointment as a professor at the Shizuoka Senior High School in central Honshu. After teaching mathematics there for two years he returned to Tokyo taking up an appointment as a professor at the Metropolitan Senior High School. Being in Tokyo he was able to undertake research for his doctorate with Teiji Takagi as his supervisor. He was awarded his doctorate in 1935.

Morishima's high research activity seems to have greatly lessened after 1935. Although difficulties relating to World War II and the difficult years in Japan following the war were partly responsible, nevertheless it does appear that he had already reduced his research activities. He did publish the book Higher Algebra in 1940 (in Japanese) but this and one further paper on Fermat's Last Theorem (in 1952) was all in published in the 30 years between 1935 and 1965. In 1942 Morishima was appointed as professor at the Army Military Academy. He became a professor at the University of Tsudajiku in 1948, the at the Science University of Tokyo in 1951. He remained in this last post until he retired in 1973 when he was given the title Professor Emeritus.

We mentioned above that Morishima published one paper on Fermat's Last Theorem in 1952. This was On Fermat's last theorem (thirteenth paper) published in English in the Transactions of the American Mathematical Society. In this paper he continued his investigations of the first case of Fermat's last theorem. He published a further paper on this first case in 1965, this time jointly with Takeo Miyoshi. This paper On the Diophantine equation xp+yp=czp published in the Proceedings of the American Mathematical Society was, as all of Morishima's work, subject to the criticism that he did not give full enough explanations. Birch, in a review, wrote:-

The authors obtain elegant criteria generalising the classical Wieferich and Mirimanoff criteria for the first case of Fermat's equation. ... Unfortunately, the authors' indications of proofs are brief and sometimes misleading, though the reviewer believes that the arguments are correct in essentials. It would be hard to read this paper without Hasse's "Klassenkörpertheorie" Ⓣ handy.

Finally let us mention Morishima's 1966 paper On the second factor of the class number of the cyclotomic field.
Other Mathematicians born in Japan
A Poster of Taro Morishima

Other websites about Taro Morishima: