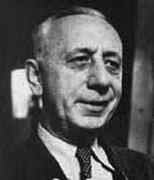 He became an assistant professor of astronomy at Case Institute of Technology, Cleveland, Ohio, in 1921. He was one of three who discussed the founding of the Cleveland Astronomical Society in February 1922. In 1924 he became the first chair of astronomy at Case. He was chairman of the graduate division from 1936 to 1940, and was also director of the Case Western Reserve University Warner and Swasey Observatory from 1924. He retired in 1959, being made Professor Emeritus.

Among Nassau's achievements are his discovery of a cluster of 9,000 stars, his co-discovery of two novae in 1961, and his development of a technique for studying the distribution of red stars.

Further details are given in J J Nassau's obituary, written by Victor M Blanco, which appeared in the Quarterly Journal of the Royal Astronomical Society, volume 7 (1966). We give a version of the obituary at THIS LINK

In 1932 Nassau's A Textbook of Practical Astronomy was published by the McGraw-Hill Book Company. We give a version of a review of the book at THIS LINK.

Among the honours given to Nassau, we mention that the Nassau Astronomical Station at the Warner and Swasey Observatory is named after him. Also the Jason J Nassau Prize was established by the Cleveland Astronomical Society in 1965. It is awarded annually to an outstanding senior student in the Case Western Reserve University Department of Astronomy. His name is given to two astronomical objects: Nassau crater on the Moon is named after him, as is asteroid 9240 Nassau, discovered on 31 May 1997.

Other pages about Jason J Nassau:

Other websites about Jason J Nassau: