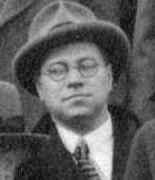 Heinz Prüfer was born in Wilhelmshaven, a city and port situated on Jadebusen (Jade Bay), a North Sea inlet on the western end of Germany's North Sea coast. The town was not an ancient one, being only founded in 1853 and given its present name in 1869 (named for Wilhelm I), twenty-seven years before Heinz was born there. His father had an engineering background and worked for the Imperial Navy as a technical secretary at the large naval base in Wilhelmshaven but later he moved to Berlin and worked for the Department of Transportation. Heinz was brought up in a household where science was an everyday part of life. His early education was in a school in Wilhelmshaven.

After leaving Wilhelmshaven, Prüfer studied at the Gymnasium in Berlin-Zehlendorf completing his schooling there in 1915. He entered the Humboldt University of Berlin at Easter 1915 where he was taught by Georg Frobenius in the year before his death. He was also taught by Hermann Schwarz, Paul Koebe and Issai Schur. Now Schur was not at Berlin when Prüfer began his studies but returned to the University of Berlin, taking up a position there in 1916 after holding a professorship in Bonn. Now the young student greatly impressed his teachers, particularly Frobenius and Schwarz. Frobenius taught Prüfer about Dedekind's way of thinking and his approach to mathematics and this made Prüfer enthusiastic about abstract algebra. Prüfer himself later said what a strong impression Schwarz's personality had made on him. Prüfer applied himself to his academic studies with extreme diligence, even thinking deeply about comments which others might have passed over as unimportant trifles. This way of working would be a characteristic of Prüfer's approach throughout his life as was his independence of thought.

The 'Königlich Preussische Landesaufnahme' was set up in 1875 to undertake surveying and topographic mapping of the German Reich. Now World War I began in 1914 before Prüfer began his university studies but this had not stopped him matriculating at the University of Berlin. By April 1917 the Germans decided that they required a greater emphasis on surveying as a contribution to their war effort and the Königlich Preussische Landesaufnahme was re-established with a Trigonometric Department, a Topographical Department, a Photometric Department, a Cartographic Department, a Geological Department and some other supporting units. For his military service, Prüfer was drafted to work at the Königlich Preussische Landesaufnahme in 1917-18. He was able to return to his university studies after the war ended and, after taking the required state examinations, he was awarded his state qualification to teach in Gymnasiums in 1920. The topics he was examined in were mathematics, theoretical physics, experimental physics, and chemistry.

It had been Schur's mathematics which had attracted Prüfer most so, after completing his first degree, he undertook research for his doctorate under Schur's supervision. This was an exciting time for algebraists at the University of Berlin for Schur was gathering a group of talented young people around him. During the time that Prüfer worked with Schur, students such as Alfred Brauer and his brother Richard Brauer attended Schur's seminar. Schur held weekly problem hours, and in these sessions he would give the students difficult problems most of which he had solved, but occasionally he gave the class an open problem which he did not know how to solve. Early in his years as a research student working on algebra, Prüfer published his first paper Neuer Beweis eines Satzes über Permutationen Ⓣ.

For his doctorate, Prüfer was examined on 28 April 1921. The mathematics oral was conducted by Issai Schur and Erhard Schmidt who, respectively, evaluated Prüfer as very good and as excellent. He was also examined in theoretical physics by Max Planck who rated his performance as excellent. Prüfer wrote his doctoral thesis on abelian groups, the topic for which he is best remembered today. His thesis entitled Unendliche Abelsche Gruppen von Elementen endlicher Ordnung Ⓣ was submitted to the University of Berlin in 1921 and after he was examined by Issai Schur and Erhard Schmidt he was awarded the degree on 13 October of that year. The thesis was rated 'opus valde laudabile', very praiseworthy work, as indeed it was. It is worth noting that the results that Prüfer proved in this work are all stated in terms of countable abelian groups although they hold for abelian groups of arbitrary cardinality. The reason for restricting the results in that way was that cardinals greater than countable were not accepted by all mathematicians at that time.

After the award of his doctorate, Prüfer was appointed as an assistant in Hamburg. In 1923 he moved to a second assistantship, this time in Jena as an assistant to Paul Koebe. Now Koebe, who had been an ordinary professor at Jena since 1914, left in 1926 when he moved to Leipzig. However, Prüfer remained at Jena, where he had obtained his permission to teach, and gave courses during the two semesters of session 1926-27. In October 1927 he became a docent at the Westfälische Wilhelms University of Münster, holding this post until he was promoted to professor in 1930. He gave his inaugural lecture at Münster on 17 December 1927 entitled Das Problem der heutigen mathematischen Grundlagenforschung Ⓣ. At Münster he regularly taught large classes giving courses on analytic geometry, projective geometry and differential geometry. He also gave short specialised courses on higher algebra, knot theory and the logical foundations of mathematics. He held this chair for less that four years due to his early death from lung cancer at the age of 37. Adolf Mader writes in [2]:-

Heinz Prüfer was a shy but independent person, and not easy to approach. He was a dedicated and serious teacher and in all his work extremely careful - a trait that his dissertation demonstrates convincingly with its even and impeccable script. In spite of his youth he was quite bald, chubby and wearing a beard, not exactly handsome in appearance. He left a wife when he died of lung cancer at the age of 37. However, they had no children.

Heinrich Behnke and Gottfried Köthe described Prüfer in [1] in a similar way:-

... as reserved, very independent and conscientious, for example in his lectures.

Prüfer was an algebraist whose name is familiar to many people even though his bibliography comprises only a few items, four of which are concerned with the structure of abelian groups. The usual claim is that he published only 9 papers and one book. We should note, however, that several of the papers are long, being around 40 pages. One of the papers is in two parts. In addition he published solutions to two problems posed by George Pólya. The posthumous book, Projective Geometry (1935), was edited by G Fleddermann and G Köthe based on Prüfer's lecture notes at Münster University. With later editions of the book included, this means that in total we are able to list 15 publications by Prüfer. See THIS LINK.

In 1923 he published Untersuchungen über die Zerlegbarkeit der abzählbaren primären Abelschen Gruppen Ⓣ which investigates the decomposability of countable primary abelian groups. This paper introduces the concepts of height and purity, and investigates how far the basis theorem for finite abelian groups generalises to countable p-groups. It also contains the 'Theorem of Prüfer':

Every countable p-group is the direct sum of rank 1 groups if and only if every element of infinite height is contained in a subgroup of type p∞.

The 'Prüfer group' Z(p∞) provides an example to show that there exist countable p-groups that are not the direct sum of rank 1 groups.

In his next major contribution to abelian groups Prüfer published a two part paper Theorie der Abelschen Gruppen Ⓣ. The first part appeared in 1924 and the second in the following year. In this paper Prüfer stresses that all the results hold for modules over a principal ideal domain. The 'Prüfer topology' in introduced in the second paper as is a concept which Lefschetz called 'linearly compact groups' in a paper he published in 1942. Prüfer gives a decomposition theorem for 'linearly compact groups' and shows that those of finite rank are the direct product of rank 1 groups.

In addition to his work on abelian groups, Prüfer also worked on algebraic numbers, publishing the paper Neue Begründung der algebraischen Zahlentheorie Ⓣ in 1925, and knot theory. His lecture notes on knot theory were published in 1933 as a 40 page paper with the title Knotentheorie Ⓣ. A reviewer writes:-

A clear and easy to understand introduction to the problems and methods of knot theory: Formulation of knot problems; older methods (the knot scheme); the fundamental group of knot space; the linking number; a knot associated matrix and its elementary divisors; closed and open braids.

He also published a paper on Sturm-Liouville theory; Neue Herleitung der Sturm-Liouvilleschen Reihenentwicklung stetiger Funktionen Ⓣ (1926). In it Prüfer gives a very simple proof of an expansion theorem for a particular second order linear homogeneous differential equation coming from the oscillation and evolution theorem. Ludwig Bieberbach and Erich Kamke (1890-1961) both included Prüfer's ideas into the 1930 editions of their respective books. After Prüfer's death his lectures notes on projective geometry were collected and published as the 314 page book Projektive Geometrie Ⓣ (1933). A second edition of the book was published in 1953.

Extracts from three reviews of this books are given at THIS LINK.

Adolf Mader sums up Prüfer's contributions to the theory of abelian groups in [2]:-

While Prüfer's dissertation 'Unendliche Abelsche Gruppen von Elementen endlicher Ordnung' Ⓣ is elegant, definitive, and modern, the papers 'Theorie der Abelschen Gruppen 1' Ⓣ and 'Theorie der Abelschen Gruppen 2' Ⓣ, although impressive, are largely outdated and difficult to read. They did, however, inspire a flurry of research by Pietrkowski, Krull, Schöneborn, Leptin and Kaplansky, and linearly compact modules and rings are still objects of active research although few will know that the concept originated with Heinz Prüfer.

Other Mathematicians born in Germany
A Poster of Heinz Prüfer

Other pages about Heinz Prüfer:

Other websites about Heinz Prüfer: