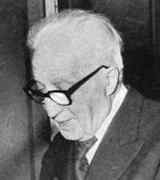 Giovanni Sansone was born in Porto Empedocle, a town on the Strait of Sicily, the coast facing Africa. It was named for the Greek philosopher Empedocles in 1863. Sansone's early education was in Sicily, where he studied at the Filippo Parlatore Technical Institute in Palermo. This Institute, founded in 1862, was named for the botanist Filippo Parlatore in 1882. After attending the Parlatore Technical Institute, he entered the Scuola Normale Superiore in Pisa in 1906. He studied mathematics there, taught by Luigi Bianchi and Ulisse Dini. Advised by Luigi Bianchi, he was awarded his laurea in 1910 for his thesis Sulle divisioni regolari dello spazio iperbolico in poliedri regolari e in tetraedri Ⓣ. This 76-page work was published in 1911.

After the award of his laurea, Sansone looked for a teaching position and, in 1913, he entered a competition for a lectureship at the Galileo Galilei Technical Institute in Florence. This technical institute had been founded in 1853 to give young people a serious scientific and cultural education. Sansone was ranked first in the competition and appointed to the Technical Institute. In 1916 he was awarded a "Diploma di Perfezionamento" by the Scuola Normale Superiore in Pisa. This research doctorate was first awarded by this Scuola in Pisa and, although the degree is now generally known as the Dottorato di ricerca in Italy, the Scuola in Pisa still uses this historic title today. For this degree he had submitted the 135-page work Le divisioni regolario dello spazio iperbolico in piramidi e doppie piramidi Ⓣ.

Although Italy had a treaty with Germany and Austro-Hungary, they did not enter the war when it broke out in August 1914. The Allies tried to persuade Italy to join them and, due to the long rivalry between Italy and Austro-Hungary, Italy declared war on Austro-Hungary on 23 May 1915. Sansone was involved in the fighting between the Italian and Austrian forces during the war. He wrote (see [1]):-

During the First World War, I had the good fortune of being personally introduced to Volterra in April 1918 at Pero di Piave, where as a reserve officer I directed a "Cotton-Weiss phonotelemetric section," in charge of locating Austrian batteries positioned on the other side of the Piave along an eight-kilometre front. He served as Reserve Major in the Corps of Engineers; he had obtained instruments like mine from France and came to check whether the results obtained by my section were comparable to French ones, and indeed they were.

Sansone's research turned towards group theory and he published works such as I sottogruppe del gruppo di Picard e due teoremi sui gruppi finiti analoghi al teorema del Dyck Ⓣ (1923). He applied for various chairs of mathematics in the 1920s but his area of research seemed to be held against him. For example he competed for the chair of "Analisi algebrica e infinintesimale" at the University of Florence in 1924. A Commission consisting of Guido Fubini, Salvatore Pincherle and Francesco Severi was set up to rank the competitors for the chair and their report on Sansone's research output reads:-

It is deep, it contains noteworthy results obtained through overcoming not a few difficulties, as it touches mainly arithmetic subjects, while the requirement is to cover a chair of algebraic and infinitesimal analysis where concepts of infinitesimal calculus must prevail: one cannot therefore rely on the fact that through his works Sansone has broadened his knowledge of the important fields of science to which the vacant chair refers.

For a list of over 180 of Sansone's publications, see THIS LINK.

In 1927 he was appointed to the chair of Algebraic and Infinitesimal Analysis at the University of Florence, a chair he continued to hold for the rest of his life. The material that he was teaching became the basis of his two-volume textbook Lezioni di analisi matematica: redatte per uso degli studenti Ⓣ (1929). Although we have not found reviews of this first edition, the fourth edition of volume 1 was reviewed by Harald Geppert, the editor of the Jahrbuch. He writes:-

The first volume of the lectures of the author deals with the fundamentals of analysis, algebra and the differential calculus in one variable. He distinguishes his work from other textbooks by an unusual abundance and penetration of the treated material.

For more of Geppert's review, including the titles of the chapters, see THIS LINK.

Sansone continued to undertake research in algebra and number theory, where he studied solutions of cubic equations over finite fields, but it was not a popular area of research in Italy at this time so eventually he moved towards undertaking research in analysis. An important contribution came with his work on an unpublished manuscript of Giuseppe Vitali who died in 1932. Vitali had, like Sansone, been educated at the Scuola Normale Superiore in Pisa and had been an assistant to Ulisse Dini during 1899-1901. By the time Sansone had begun his studies at the Scuola Normale Superiore, Vitali was becoming involved in politics as a Socialist councillor but after the Fascists came to power in 1922, he returned to mathematics. During the last four years of his life he struggled with health problems but continued to produce outstanding mathematics. On his death he left an incomplete treatise entitled Moderna Teoria delle Funzioni di Variabile Reale Ⓣ. Sansone took on the work of editing this book which was published in 1935 as the first volume of a 2-volume work by Vitali and Sansone, the second volume of which was entirely due to Sansone. Enea Bortolotti writes in a review:-

The first volume of this work is due to the deceased G Vitali; it contains a self-contained and unified description, largely new, both in terms of form and content, of the principles of the modern theory of set theory, and the modern theory of the functions of a real variable. ... On the death of the author (1932), the volume was almost completed; G Sansone, with sincere accuracy and conscientious fidelity to the train of thought and the form of representation chosen by the author, has completed the work and arranged its publication. The improvements and additions of Sansone are very pleasing to the harmonious structure of the author; they contribute to making the work a reliable and easy guide for one who wants to know the most beautiful and the highest theories of the modern analysis of the real variable, as well as giving a suitable introduction to the subject matter of which Sansone gives a concise and clear representation in the second volume ...

We have seen how Sansone's research began with number theory and algebra, and moved to group theory. Later he worked on differential geometry followed by work on series of orthogonal functions, and then moved to linear and nonlinear differential equations. Perhaps most surprising of all was the work he did with Nicolai Minorsky and Roberto Conti investigating nonlinear control systems. They produced eight reports between 1962 and 1967 for the Office of Naval Research. These were: Adaptive control systems; Discontinuous control systems; Special problems of control theory; Method of harmonic linearization; Piece-wise linear methods and absolute stability; Extremal systems and introduction of statistical data; Statistical trends in control theory; and Oscillations in control theory.

For a list of Sansone's publications, see THIS LINK.

One of Sansone's great achievements at the University of Florence was building up the library there. He did this with meticulous care and it has shaped the historical part of the collection that exists today. Starting with the purchase of Dini's books, he pursued a clever policy of purchases and exchanges, and then enriched the library with donations.

Sansone's contributions are impressive for the range of topics he studied, the enormous output in books and papers he achieved throughout his life, for the depth of his work, for his editorial duties and also for the time he spent sitting on various national committees. He worked tirelessly for the journal Annali di Matematica Pura e Applicata for over 40 years from 1938 until his death. He was a co-director of this journal from 1938 to 1962 when he became the sole director. Through his efforts he made the journal one of the leading Italian mathematical journals. We mentioned his work on national committees and perhaps the most important of this was the two terms he spent as Chairman of the National Mathematics Committee of the National Council for Research. These terms were from 1960 to 1968 during which time he initiated scholarship schemes as well as a programme of visiting professorships to bring leading mathematicians to lecture in Italy. He also served the Italian Mathematical Union being on its Scientific Committee from 1949 to 1970, and chairing the committee from 1952 to 1958. During his time as Chairman, he played a major role in founding the Centro Internazionale Matematico Estivo in 1954.

When Sansone died he left a last will and testament expressing a wish to set up a foundation to provide fellowships for young mathematicians. The Emma and Giovanni Sansone Foundation was set up in 1983 which each year offers fellowships awarded through a public competition based on the candidates' work and an interview or examination.
Other Mathematicians born in Italy

Other pages about Giovanni Sansone:

Other websites about Giovanni Sansone: