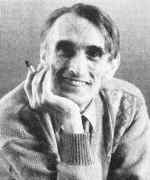 Marcel-Paul Schützenberger was known as Marco to his friends and often published papers as Marco Schützenberger. His family were originally from Alsace but moved to Paris around the time of the Franco-Prussian war of 1870-71. Since this was 50 years before Schützenberger was born it might not seem worth mentioning, but Schützenberger himself was always very aware of his Alsatian origins. One of his ancestors was the famous chemist Paul Schützenberger who worked at the Collège de France in Paris and discovered the acetylation of cellulose by acetic anhydride in 1865.

After the French defeat by Germany Marshal Philippe Pétain led a government working with the German invaders. General Charles de Gaulle, who was by then based in London, set up the Forces Françaises Libres, or Free French Forces. A small organisation at first, de Gaulle tried to bring all the anti-Nazi Resistance into it and changed its name to Forces Françaises Combattantes (Fighting French Forces) in 1943. Schützenberger joined the Forces Françaises Combattantes in September 1943 and he served in the organisation until August 1944 when they drove the Germans from Paris and de Gaulle entered the city in triumph. After this Schützenberger resumed his studies at the Faculty of Medicine. He received the degree of Doctor in Medicine in 1948.

After becoming Doctor in Medicine, he was employed at the National Institute of Hygiene for five years between 1948 and 1953. There he worked on genetic problems, in particular being one of the team of researchers who discovered trisomy, where three copies of a chromosome instead of two are inherited. He pioneered a wide variety of statistical method in medical research and, during these years, he published on statistics, medical topics, and mathematics (in particular on lattices and combinatorial structures). By 1953 he had published 40 papers, averaging over five papers per year from 1947 to 1953. In 1953 he was awarded a doctorate in mathematics for his work on the mathematical theory of communications, developing ideas that Shannon had presented in his famous 1948 paper A Mathematical Theory of Communication. From 1953 Schützenberger worked for three years as a researcher at the Centre Nationale de la Recherche Scientifique. There he continued his research on communications and combinatorics, but from this time he became more involved in studying semigroups, automata and codes.

The range of Schützenberger's contributions is so vast that it is almost impossible to do them justice in a biography of this type - his list of publications numbers over 250. Let us quote from some tributes to him made after his death in 1996. Herbert Wilf writes about his contributions to combinatorics and theoretical computer science:-

His contributions to combinatorics are wide ranging and of the first magnitude. In the theory of Young tableaux he discovered the jeu de taquin that became the basis for so many later investigations; he illuminated the Schensted correspondence between pairs of permutations and tableaux by revealing many facets of its fine structure; he created the subject of context-free languages and explored some of its many consequences, as well as finding many results in the theory of combinatorial words and languages of other kinds; with Foata he developed a general theory of counting families of unlabeled combinatoral objects by factoring them into primes, etc. His work has found important and numerous applications. For example his theory of formal languages has spawned many fine successes in the enumeration of various kinds of polyominoes and cellular structures and his work on factorisation of families of unlabeled objects has been responsible for methods of selecting such objects at random.

His contributions to semigroups is summarised in [1]:-

Among the many algebraic structures that appear in Schützenberger's works a dominant one is the structure of semigroups. Semigroups appear in his works essentially in two forms: 1) as free monoids, for example in coding and language theories and often in combinatorial designs; 2) as finite semigroups, for example in transition semigroups of automata or in the theory of pseudo-cvarieties for the study of varieties of languages. ... Schützenberger's works contributed strongly to giving semigroup theory its letters of nobility by taking it out of its self-contemplation and putting it at work in areas of mainstream mathematics.

A fundamental tool in the study of finite semigroups is Green's relations and their corresponding classes. It was in this area that Schützenberger introduced what have been called Schützenberger groups and Schützenberger representations by Clifford and Preston in their influential book The Algebraic Theory of Semigroups (1961).

He found there an incredible interplay between algebra through the use of finite semigroups, probability theory and combinatorics. Many of his favourite subjects were put together. Later he published a series of results on variable-length codes all of them reported in our book with Jean Berstel (Theory of Codes, Academic Press, 1984).

One topic which we have not mention so far is one which Schützenberger held very strong views - the theory of evolution. A short quote from [3] in given at THIS LINK: Schützenberger on Darwinism.

Let us look at Schützenberger's character as described by those who knew him best. Herbert Wilf writes:-

He was possessed of a lively curiosity, a brilliant mind, a passion for all kinds of mathematics and for substantive intellectual achievement of all sorts, a low tolerance for poseurs and fools, a warm and vibrantly supportive personality as regards his interaction with young people of promise, a deep affection for the human race despite its numerous foibles, and a personal charm, grace and good humour that was totally captivating.

His discourse was full of unexpected images and paradoxes; he never had a banal view on any subject, but always developed a well-structured and original reasoning in which plenty of new ideas flourished naturally. He undeniably was a great master of the Word. A conversation with him was an enrichment in which all kinds of subjects would be discussed: Mathematics, Physics, Biology, Philosophy, Political Science, ... , or simply l'air du temps.

His was a complex and unorthodox personality. He was witty, humorous, had a passion for discussion, if not controversy, an immoderate love for paradoxes and was capable of the most laudatory praise as well as the most ironic sarcasm. His lectures, reflecting his personality, were often difficult to follow. Many of his listeners would after a lecture ask themselves "What does he see that I cannot see yet?" To some, this was strong motivation to find out and be awed by what there was to be seen.

Schützenberger married Hariati and they had two children, a daughter Hélène and a son Mahar. However, there was a great tragedy in his life. Mahar was killed in a car accident in 1980 at the age of twenty-three. Hariati died in 1993, three years before Schützenberger.
Other Mathematicians born in France
A Poster of Marcel-Paul Schützenberger