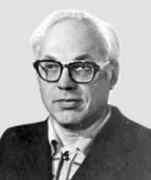 In 1937 Anatolii Volodymyrovych began his schooling in Marganets but the invasion by German troops in 1941 saw the school close and Anatolii had to continue his education with his parents in his own home. The war saw terrible destruction in the Ukraine; large numbers of people died, industry was almost wiped out and agricultural machinery was almost completely destroyed. A drought in 1946 exacerbated the situation and a famine saw a million people starve to death. Anatolii's parents quickly saw the danger and, in 1946, moved their family to Kovelin in the Volyn region in the north west of the Ukraine. Anatolii had romantic ideas at this time, dreaming that he might become a sea captain, but his poor eyesight soon made him realise that such ambitions were impossible. He completed his secondary schooling in Kovelin, graduating in 1948 with a golden medal. In the same year he entered the Mechanics and Mathematics Faculty of Kiev University.

While an undergraduate in the Department of Mathematical Analysis, Skorokhod learnt about the latest research developments in the area of limit theorems in probability theory thanks to his teachers Boris Vladimirovich Gnedenko and Iosif Il'ich Gikhman. These two had a decisive influence on the direction that Skorokhod's research interests took throughout his future career, but Gikhman (born 26 May 1918 in Uman, Ukraine) also became his colleague and close friend. Skorokhod graduated from Kiev University in 1953 and went to Moscow State University to undertake research advised by Eugene Borisovich Dynkin. He submitted his candidate's thesis (equivalent to a Ph.D.) Limit theorems for random processes in 1956. Remarkably, he had already published six papers: On a theorem of N K Bari (1953), Asymptotic formulas for the stable distribution laws (1954), On a theorem concerning stable distributions (1954), Asymptotic properties of stable distribution laws (1955), Markov processes in normal spaces (1955), and On limit transition from a sequence of sums of independent random variables to a homogeneous stochastic process with independent increments (1955).

After the award of his candidate's degree, Skorokhod returned to Kiev University where he began lecturing, but he also worked on his doctoral dissertation (equivalent to the German habilitation). He was awarded his doctorate in 1962 for his thesis Stochastic differential equations and limit theorems for random processes. Two years later, although continuing with his role at Kiev University, he became Head of the Department of the Theory of Random Processes at the Institute of Mathematics of the Ukrainian Academy of Sciences. He rapidly built an important school at Kiev [3]:-

From the very beginning of his work at the Kiev University, Skorokhod distinguished himself by a unique manner of delivering lectures; proving numerous statements impromptu, he made his students the participants of creative scientific work. When Skorokhod returned to Kiev, the work of the scientific seminar on probability theory at the Kiev University became much more active. His discussions with speakers and capability to understand the core of a problem, generalize it, find possible weak points in the proof, and reveal the hidden relation of the problem considered to other problems turned the seminar sessions into a real creative laboratory, and all interested scholars tried to deliver a talk at the seminar in the presence of Skorokhod. Thus, the Kiev school in probability theory was largely formed as a result of Skorokhod's activities.

A summary of Skorokhod's research contributions are given in [60]:-

Skorokhod's researches have been concerned with the theory of probability, the theory of stochastic processes, and mathematical statistics. They have ranged over almost all the fundamental areas of these theories, and Skorokhod's contribution to the development of subjects such as limit theorems for random processes, stochastic differential equations, and probability distributions in infinite dimensional spaces can scarcely be exaggerated.

Skorokhod has a remarkable publication record of around 350 books and papers (and many more if one counts translations, further editions, etc.). His first monograph Studies in the Theory of Random Processes was published in 1961 and since then numerous monographs have flowed from his pen. The difficulty of the material in this first monograph was noted by reviewers of the English translation which was published four years after the Russian original. For example, Loynes wrote [13]:-

The manipulation required is ingenious and impressive, and the general character of the results interesting. The treatment is probably as readable as the subject allows, and the collection of results into a book will be useful for anyone whose interests lie in that direction, but the formidable nature of the calculations involved will not, I am afraid, encourage anyone to browse.

Odeh [16] also emphasises the advanced nature of the material:-

It is highly specialized and is written for the person with a background in advanced probability. The book is primarily devoted to the development of certain probabilistic methods in the field of stochastic differential equations and limit theorems for Markov processes.

Getoor [6] complains about the price of the book (as do other reviewers) but is full of praise for the text:-

This is an excellent little book dealing, with several areas in the theory of Markov processes ... ... this is a very useful work that ... can be recommended to all serious students of stochastic processes.

In [11] Korolyuk and Portenko survey Skorokhod's work on limit theorems for random processes, stochastic differential equations and the theory of Markov processes. Their article begins:-

Starting from the middle fifties up to the present time, A V Skorokhod's works play a decisive role in the development of the theory of stochastic processes. Moreover, these works determine, to a large extent, basic directions in the development of this theory. ... Limit theorems for random processes and stochastic differential equations are the areas of probability theory in which, over 35 years ago, Skorokhod started his scientific career and contributed much to their far-reaching advances. these areas combine the methodology used in his works - the so-called direct probabilistic methods. Among these, the method of a single probability space, the method of representing sums of independent random variables by values of a Wiener process at random times, were introduced by Skorokhod (bearing his name) and are widely utilised in the world of probability theory.

In this 282 page book the author discusses an unbelievably wide range of topics on probability theory. All of the most important fundamental concepts and principles are briefly and expertly presented with uncompromising measure-theoretic rigour. The text is an excellent introduction to modern probability and its applications and is especially recommended to senior mathematics students and researchers looking for an uncluttered, concise and mathematically complete coverage of the subject. ... The original Russian edition of this book was published in 1989, but its content is undoubtedly of timeless value and importance.

In 1993 Skorokhod moved to the United States, taking up a position at Michigan State University at Lansing, Michigan. The research he has undertaken at Michigan State has been particularly directed towards studying the asymptotic behavior of dynamical systems under random perturbations.

Finally let us make sure we have not given the impression that Skorokhod's contributions are entirely related to his research activities. He has also an outstanding record for making mathematics understandable to the general public as well as working hard to show school children the joys that mathematics has to offer. He has achieved these "understanding of science" activities in several different ways: writing many popular-science books, explaining mathematics to a television audience and lecturing to school children throughout the Ukraine. Let us also record that he has stood up for what he believed in despite suffering the consequences when this did not fit the political aims of those running the country. For fifteen years the totalitarian regime in the Ukraine applied sanctions on Skorokhod, excluding him from serving on the editorial boards of certain journals, and preventing him from attending international meetings [3]:-

His absence at international scientific conferences gave birth to the opinion among foreign scientists that "Skorokhod" was the collective name of a group of Soviet scientists, just as the group of French mathematicians united under the name "Bourbaki".

Other Mathematicians born in Ukraine

Other websites about Anatolii Volodymyrovych Skorokhod: