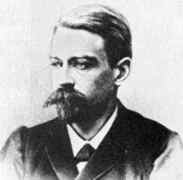 Thomas Stieltjes' father, also named Thomas Stieltjes, had been awarded a doctorate from Leiden University. He became well-known both as a civil engineer and also as a member of the parliament. As an engineer he is famed for the construction of harbours in Rotterdam and is remembered today through a statue, erected by his friends, which stands on the Noordereiland, at the Burgemeester Hoffman Plein, in Rotterdam. In fact the dictionary of biography of famous people from the Netherlands which I [EFR] consulted before writing this biography contained a two page entry concerning Thomas Stieltjes, the father, while there was only a single paragraph on his son, Thomas Stieltjes the mathematician. Thomas Stieltjes senior had seven children and Thomas Stieltjes junior had two brothers and four sisters.

Stieltjes started his studies at the Polytechnical School of Delft in 1873 but spent his student years reading Gauss and Jacobi in the library rather than attending lectures. It may have been enjoyable to Stieltjes to read the works of these great mathematicians rather than study the coursework but the consequence was that he failed his examinations. Two further failures in 1875 and 1876 had his father in despair, but having a friend H G van de Sande-Bakhuyzen as director of Leiden Observatory, Thomas's father was able to put in a good word for his son.

Stieltjes became assistant at Leiden Observatory in April 1877 but his father, who had done so much to help his son, was not to live long after helping his son to obtain this position for he died in Rotterdam on 23 June 1878. Perhaps the most significant event in Stieltjes' life, as far as mathematics was concerned, occurred on 8 November 1882 when he began a correspondence with Hermite which was to last the rest of his life (which would only be 12 more years during which time they exchanged 432 letters). The original reason that Stieltjes wrote to Hermite concerned his work on celestial mechanics. However the correspondence turned quickly to mathematics and Stieltjes began to devote all his spare time to mathematical research.

It is a great credit to van de Sande-Bakhuyzen, the director of Leiden Observatory, that he responded quickly to Stieltjes' request on 1 January 1883 to stop his observational work to allow him to work more on mathematical topics. The year 1883 was eventful for Stieltjes for he married Elizabeth Intveld in May. Although clearly an important event in Stieltjes' personal life, this was also an important event for Stieltjes as a mathematician for his wife strongly encouraged him to move from astronomical work to mathematics. In September Stieltjes was asked to substitute at the University of Delft for F J van den Berg who had taken ill. From September to December 1883 Stieltjes lectured on analytical geometry and on descriptive geometry. This confirmed what must have been becoming increasing clear in Stieltjes' mind, that mathematics was the only p[ossible career for him. He completed the move on 1 December 1883 when he resigned his post at the observatory.

Stieltjes applied for a chair in Groningen and on 15 January 1884 he wrote to Hermite:-

I have been offered, some days ago, a professorship in analysis (differential and integral calculus) at the University of Groningen. I have accepted this offer and I believe that this position will permit me to become more useful. I owe much, for this position, to the extreme kindness of my old boss Mr Bakhuyzen, the director of the observatory. One of these days, my nomination will become definite.

He was to be disappointed, however, for although he was placed first for a chair at Groningen he was not appointed because of his lack of qualifications. He wrote to Hermite on 13 March 1884 saying:-

The Groningen Faculty has indeed put me in first place for the vacancy, but the Minister has named one of the others. Probably the reason will have been that I had no chance of following the standard path, for I have not received any degree from the University.

Although this gives the complete facts that Stieltjes was aware of, the events surrounding this appointment were a little more complex than he realised. In fact the appointing committee had drawn up a list of three names in order of preference in 1883. Top of the list had been Korteweg with Stieltjes in second place and indeed the position was offered to Korteweg who was a professor at the University of Amsterdam. After considering the offer Korteweg decided that he did not wish to leave Amsterdam and move to Groningen so he turned the offer down.

At this stage the appointing committee at Groningen drew up a new list putting Stieltjes in first place with Floris de Boer second. However, despite Stieltjes accepting the position at this stage, a Royal Decree was issued on 12 March 1884 appointing de Boer to the chair. As one might imagine Hermite was very disturbed to learn that Stieltjes had been ruled out after an offer had been made to him because of his lack of a degree.

In May 1884 Hermite attended celebrations at the University of Edinburgh in Scotland to celebrate the three hundredth aniversary of the founding of the university. There he talked to Bierens de Haan, a professor of mathematics from the Netherlands, and they devised a plan to help Stieltjes by having him proposed for an honorary degree at Leiden University. After de Haan returned, he and van de Sande-Bakhuyzen proposed Stieltjes for an honorary degree in mathematics and astronomy. On 27 May the Senate of Leiden University recorded the following minute:-

The Rector reported that a request has been received from the Faculty of Mathematics and Physics to confer the degree of doctor honoris causa in Mathematics and Astronomy upon Mr T J Stieltjes, a former employee of Leiden Observatory. On behalf of the Faculty, Mr Lorentz explained the merits of Mr Stieltjes and indicated the reasons which led to the proposal. It was decided to reach a conclusion in the next meeting of the Senate.

The Senate wrote to Stieltjes regarding the award of the honorary degree but somehow it failed to reach him in time. Stieltjes, on 19 June 1884, replied:-

To the Senate of Leiden University.

The undersigned wishes to thank you for the honourable distinction, conferred upon him by Your College, and to assure you that the distinction is highly appreciated. Due to a regrettable misunderstanding he was not aware of the intention of a public ceremony on last Tuesday June 17 at 3 o'clock.

Stieltjes went with his family to Paris in April 1885 and in the same year he was elected to the Royal Academy of Sciences in Amsterdam. He received his doctorate of science in 1886 for a thesis on asymptotic series. In the same year Stieltjes was appointed to the University of Toulouse, being appointed to a chair of differential and integral calculus in Toulouse in 1889.

Stieltjes worked on almost all branches of analysis, continued fractions and number theory. He is often called "the father of the analytic theory of continued fractions" for his work in this area. On 18 June 1894 he published Recherches sur les fractions continues Ⓣ in Comptes Rendus de l'Académie des Sciences. A fuller version of this work appeared in the Annales de la Faculté des Sciences de Toulouse. It is a beautifully written work of major importance described in [1] as:-

He is best remembered for the Stieltjes integral which he introduced in Recherches sur les fractions continues Ⓣ while solving the moment problem, that is, given the moments of all orders of a body, find the distribution of its mass. This problem arose in the study of two functions arising as the limits of the sequences P2n​(z)/Q2n​(z) and P2n+1​(z)/Q2n+1​(z).

The first part of Stieltjes' article in the Annales de la Faculté des Sciences de Toulouse covers 120 pages and appeared in 1894. The second part is a forty page article which appeared after Stieltjes' death in 1895. His work on continued fractions had already been awarded the Ormoy Prize of the Académie des Sciences in 1893. Recherches sur les fractions continues Ⓣ is described in [1] as:-

... a mathematical milestone. The work represents the first general treatment of continued fractions as part of complex analytic function theory; previously, only special cases had been considered.

Stieltjes' work is also seen as an important first step towards the theory of Hilbert spaces. Also important is his work on divergent series and discontinuous functions. Stieltjes also contributed to ordinary and partial differential equations, the gamma function, interpolation, and elliptic functions.

Stieltjes died on 31 December 1894 and was buried in the cemetery of Terre Cabade in Toulouse on 2 January 1895. His grave has recently been restored.
Other Mathematicians born in Netherlands
A Poster of Thomas Stieltjes

Other websites about Thomas Stieltjes: