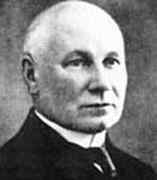 Karl Sundman was born in the small town of Kasko (Kaskinen) on the Gulf of Bothnia in Finland. His father John Frithiof Sundman was a customs officer. Karl's health was poor as he was growing up and he certainly did not have a very easy time studying on his own without a teacher so that he could take the baccalaureate examinations, which he did on 18 May 1893. After qualifying to enter university, Sundman went to Helsinki (Helsingfors) where he began his studies in the autumn of 1883. The University was an ancient one, founded in 1640, and there Sundman excelled academically although he had to battle against financial difficulties. During his studies he had to take on work to bring in money to cover his living expenses. These financial problems gave him a hard time but did not dampen his enthusiasm for scientific studies. He had two papers published on mathematical astronomy in 1896 before he graduated from Helsinki in the following year.

After graduating Sundman went to Pulkovo Observatory to continue his research on astronomy. The Observatory, 19 km south of St Petersburg on the Pulkovo Heights, was founded in 1839. Its first director was Friedrich Georg Wilhelm von Struve. In 1878 a 76-centimetre (30-inch) refractor was built there which was the largest telescope in the world at the time. Sundman, however, was interested in the theoretical aspects of astronomy. He spent two years at Pulkovo Observatory before being awarded a scholarship which allowed him to continue his studies at various universities in Germany and France. His doctoral dissertation Über die Störungen der kleinen Planeten, speciel derjenigen, deren mittlere Bewegung annähernd das Doppelte Jupiters beträgt Ⓣ was submitted in 1901. In this work Sundman examined the perturbations of minor planets whose period of revolution round the sun is in the ratio of 1:2 of that of Jupiter. He restricted considerations to those minor planets whose orbits have eccentricity less than 0.16 and whose orbit was inclined to the plane of Jupiter's orbit by less than 14°. His methods were applicable more generally, however, and he went on to make a major breakthrough in the solution of the three-body problem.

One of the reasons why the Academy was so impressed by Sundman's solution was that it was a problem to which Henri Poincaré had devoted much effort. However, little progress was made and Tisserand in volume 4 of his Méchanique céleste had written:-

The rigorous solution of the three-body problem is no further advanced today than it was in Lagrange's time, and one could say that it was clearly impossible.

To regularize the singularity of the differential equations of motion, in the 1912 paper mentioned above, Sundman introduced a new independent variable which regularizes the motion within a band of finite breadth. In [2] Dell'Aglio looks at the approaches of Levi-Civita, Painlevé and Sundman to the three body problem which:-

... constitute the greatest contribution to the development of this branch of modern celestial mechanics. ... it is possible to show the existence of two different research programs, one related to Levi-Civita's works, the other to Sundman's investigations, which include for the first time a complete regularization of the three-body problem. The methodological differences between these two research programs and their influences upon one another allow a complete reconstruction of this historical case. In particular, their divergences reflect different views about the mathematical model of the three-body problem; and, finally, different conceptions about the idea of 'solution' of a physico-mathematical problem.

Sundman will always be known for his remarkable solution to the extremely difficult three-body problem, but he did other important work. Perhaps the most significant was his paper Plan d'une machine destinée à donner les perturbations des planètes Ⓣ (1915). E J Nyström describes the contents of this paper:-

Sundman considers that the complicated calculations necessary to determine the perturbations caused by the planets on each other is work which could be carried out by means of a machine. Such a machine will necessarily be very complicated and Sundman describes the project in detail using well-known techniques and construction capabilities in a field unrelated to astronomy. ... It is a matter of construction a machine for solving systems of second order differential equations. The machine is planned according to the principle of analogy, that is to say the mathematical operations are translated or represented on different parts of the mechanical system. Although designed to calculate astronomical perturbations, the machine essentially functions as an integrator for differential equations and could be used for a large number of other problems. Its adaptation for these other aims will be relatively simple to achieve.

Let us note a few other publications by which appeared late in his career. He published La gravitationuniverselle et sa vitesse de propogation Ⓣ (1929), Démonstration nouvelle du théorème de Poisson sur l'invariabilité des grands axes Ⓣ (1940), and The Motions of the Moon and the Sun at the Solar Eclipse of 1945, July 9th (1948). In the 1940 paper Sundman gave a new and elegant demonstration of the theorem of Poisson on the invariability of the major axes of the planetary orbits which had been demonstrated in several ways.

Sundman had a very reserved character. He was always full of sympathy for his fellow man and hated publicity.

This last statement suggests that Sundman may not have been pleased had he realised that 60 years after his death a biography describing his remarkable achievements would be placed on the web!
Other Mathematicians born in Finland
A Poster of Karl Sundman

Other websites about Karl Sundman: