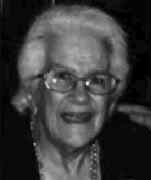 Let us note at this point that Henda and her husband John Henry Swart had three children, Christine, Sandra and Gustav.

Swart spent a sabbatical leave at the University of New Mexico, Albuquerque, New Mexico, USA. She attended the graph theory lectures delivered by Roger Charles Entringer in which he handed out a set of open questions to the class. Swart thought that these were exercises for the class and attempted to solve them but was surprised to find that she could not solve some of them. Entringer was, however, very impressed with the progress that she had made and this led to a joint publication by Swart and Entringer, Spanning cycles of nearly cubic graphs (1980). The date on this paper is slightly confusing since the two authors submitted it for publication in July 1977 while Swart was at the University of New Mexico. The paper was reviewed by A G Thomason who wrote:-

While on sabbatical at Westfield College, London, Swart met a mathematics student Klaus Vedder. They wrote the joint paper Subplane replacement in projective planes which was published in 1981. Jürgen Bierbrauer writes in a review:-

Consider the incidence structure P-S which arises when a certain substructure S is removed from a projective plane of order n. Can P be reconstructed in a unique way from P-S? It follows as a corollary from Dembowski's work on finite semiplanes that the above question can be answered affirmatively if S consists of the points and lines of a Baer subplane of P [P Dembowski, 'Finite geometries', 1968]. The authors extend Dembowski's result to a set of d (pointwise and linewise) mutually disjoint subplanes of order m, provided d2−d<n−m. In the case of Baer subplanes (i.e., n=m2) the result still holds for d=m if P does not contain a dual affine plane of order m - 1. The proof consists of elementary counting arguments and is self-contained.

The two papers we have just mentioned are the first of nearly 100 papers on graph theory which Swart has written. We list papers by Swart at THIS LINK.

This overview of her contributions are given in [5]:-

She has published on diverse aspects of the field [graph theory], but especially on the vulnerability of graphs and on distance-related parameters. In addition, she has introduced undergraduate and graduate courses in graph theory, geometry, design theory and information security at the University of Natal and supervised more than 20 M.Sc. and Ph.D. students ... Foundation for Research Development funding enabled her to spend her sabbatical leave and working visits in the United States and the United Kingdom and to attend numerous conferences in the United States, Australia, Canada and South Africa as a plenary speaker.

The article [4] about Sonwabile Mafunda tells about him being taught by Swart:-

In his second year, Mafunda met the late Professor Henda Swart, who helped him understand and appreciate various mathematical concepts such as elementary number theory, sets, groups, graph theory and cryptography. ... "I was fortunate to be invited by Professor Henda Swart and Dr David Erwin to the graph theory research seminars," said Mafunda. "These seminars gave me a very deep and good insight into mathematics."

In 1996 she was elected to the Royal Society of South Africa. The Society's website gives the following information about Swart. It was written shortly after she retired in 2012 [2]:-

Hendrika Cornelia Swart, Emeritus Professor of Mathematics, University of Kwa-Zulu Natal, is recognised for her high quality research, outstanding teaching and dedication to the ideals of higher education. She was one of the first South Africans to enter the Graph Theory and has had a very strong influence in that field. She has been keynote speaker at international conferences and has served on the Committee of the African Mathematical Union as well as being a South African representative on the International Mathematical Association. She has been Vice-President of the International Institute of Combinatorics and Applications and is Editor-in-Chief of 'Utilitas Mathematica', an international journal. She has over 100 publications to her credit. But she is most proud of her students - she has tutored one A-rated graduate and more P-rated graduates than anyone else in the country.

This quote says she was at the University of Kwa-Zulu Natal. This university was created from an amalgamation of several higher education institutions and we give a quote from the Annual Report of the Royal Society of South Africa for 2004 [1]:-

The KWAZULU/NATAL Branch representative of Council, Professor Henda Swart FRSSAf, reports that throughout the year Academics were still heavily involved with meetings regarding the amalgamation of the Universities and Technikons of Natal, Durban Westville and Pietermaritzburg into the single University of Kwa-Zulu Natal. Despite this, branch activities were reintroduced in 2004.

Many of Swart's students have explained how positive she was in their development as mathematicians. For example in [6] Paul Winter writes:-

Even though all I wanted to do was teach mathematics at school, it was another significant other who gave me the confidence to carry on with my tertiary studies until I completed my PhD. This special person was Professor Henda Swart of the mathematics department of the University of Natal. Henda made me believe I had a special mathematical talent. I always felt very inferior among the extremely bright students in my university classes. Yet she saw my potential and encouraged me to carry on studying and until I ended up an academic as herself. Such significant others are crucial to instilling as strong sense of self worth within the younger learner. Adult educators should realise the power they have in influencing a path that a learner's like may follow.

J Clulow, in his paper On the security of PKCS # 11 published in the proceedings of a 2003 conference writes:-

I would like to express deep gratitude to my supervisor Henda Swart whose guidance and support was crucial to the successful completion of this project.

I started a BSc at the University of Natal with the idea of becoming a physicist. I'd found maths in high school boring and had never considered it as a possible career. However, in my first semester of calculus, I was fortunate to be lecturer by Professor Henda Swart, an inspirational teacher and distinguished researcher who sadly passed away last year. By the time I finished my honours in physics, I'd decided I was more interested in maths than physics, so I did an MSc with Professor Swart in graph theory.

From 2014 until her death, Swart lectured part-time at the University of Cape Town.
Other Mathematicians born in South Africa

Other pages about Hendrika Swart:

Other websites about Hendrika Swart: