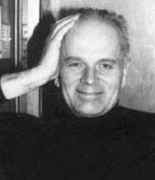 Pavel Tichy studied philosophy and mathematics at the Charles University in Prague from 1954. He was awarded his doctorate in 1959 for his thesis An Exposition of Gödel's Incompleteness Theorem in the Simple Theory of Types (Czech). He remained at the Charles University, being appointed a lecturer in the Department of Logic in 1961. His first important paper, based on his doctoral thesis, An Exposition of Gödel's Incompletness Proof in the Single Type Theory was published in 1962. His first book Logic for Students of Pedagogical Institutes (Czech) was published in the following year. He submitted a thesis On Computability with respect to Theories (Czech) for his Candidates degree in 1964. His paper A remark on the concept of problem and solvability (1967) is written in Czech but contains an English summary by the author. This reads as follows:-

Pavel Materna suggested the following definition of solvability (call it M-solvability): the mass problem connected with a function f is M-solvable if there exists a partial recursive function g defined wherever f is defined and such that the set
{ g(x)∣f(x) } is defined
is the set of all ordered couples of the form
< y,f(y) >.
In the present paper it is shown that the property of M-solvability is too weak since it does not secure for f to be a restriction of a partial recursive function (even if g is total recursive).

Tichy's second book, The Logical Structure of Scientific Language, was published in Czech in 1968. However, political events which took place that year in Czechoslovakia had a profound effect on his career.

There had been problems in the Czech universities from around the time that Tichy became a lecturer. Student unrest occurred throughout the 1960s and this became worse in 1967 when, dissatisfied with the conditions in their universities, students took to the streets where they were met with police brutality. Academics also began to question why no opposition to the government was allowed. Opposition to the Soviet domination within the government led to reforms during 1968. This in turn led to Soviet troops invading the country. Before the Soviet invasion Tichy had received an invitation from the University of Exeter in England and, although he had not left Czechoslovakia when the invasion took place, nevertheless he was later allowed to leave the country. He spent the two years 1968-70 as a Research Fellow in the Department of Philosophy at Exeter. During these years he was tried in his absence in Czechoslovakia by the Socialist Republic and sentenced to five years hard labour. Not surprisingly he chose not to return to serve his sentence and, in 1970, emigrated with his family to New Zealand. He was married to Jindra, and they had two children. He was awarded a Ph.D. by the University of Exeter in 1971 for his thesis Contributions to the Theory of Postulate Systems.

Tichy was appointed as Senior Lecturer in the Department of Philosophy at the University of Otago in Dunedin, New Zealand, in 1971. He spent the academic year 1976-1977 as an Andrew Mellon Postdoctoral Fellow in the Department of Philosophy at the University of Pittsburgh in the United States. Returning to his position in Otago, he was promoted to Associate Professor in 1978 and then to full professor in 1981. The political situation in Czechoslovakia eventually changed. Opposition to the Czechoslovak communist regime in the 1989 Velvet Revolution brought about its peaceful demise. Tichy was now in a position to return to his native country. In 1993 he was offered the position of Head of the Department of Logic at the Faculty of Philosophy and Arts in the Charles University of Prague. He accepted the position and was due to take up his duties in 1995. However, he died in an accident in Dunedin in October 1994 before he was able to return to Prague.

Let us mention briefly some of Tichy's works. He published Intension in terms of Turing machines (1969) which is an interesting attempt to analyse semantical notions as sense and analyticity using a procedure given in terms of a Turing machine. To do this he states that having a concept is equivalent to there being a procedure to determine whether an individual falls under the concept. Synthetic components of infinite classes of postulates (1971) extends, in certain cases, the fact that a theory with finitely many postulates can be broken into a Ramsey (synthetic) part and an analytic part to theories with infinitely many postulates. Other papers include What do we talk about? (1975), Verisimilitude redefined (1976), A new theory of subjunctive conditionals (1978), The transiency of truth (1980), and Constructions (1986). Perhaps his most important work was the book The foundations of Frege's logic (1988). W Park, reviewing this book, writes:-

This book is not an introduction to Frege's general philosophy, or a running commentary on Frege's work, or a polemic against recent commentators on Frege, or an attempt to give Frege a place in the history of logic and philosophy. The author is interested in any project that tries to preserve and in some way continue Frege's program. As a result, the author discusses a wide range of living philosophical issues in the latter half of his book: Church's logic of sense and denotation, Montague's intensional logic, Gentzen's sequent calculus, and Hilbert's formal axiomatics, to name a few. So, in an important sense, this is not so much a study of Frege as a record of the author's own philosophy developed in Frege's spirit. Every page of this book has some interesting ideas to think about. Even where the most notorious problem is dealt with, the author's exposition is always lucid and clear.

Tichy was a highly original philosopher, semanticist, and logician. Perhaps his most enduring claim to fame lies in his theory called Transparent Intensional Logic, the culmination of his extensive work on semantics and logic.

On the cover of [1], Pavel Tichy's Collected Papers in Logic and Philosophy, this appreciation of Tichy's work is given:-

Tichy was an original and gifted logician and philosopher of language. He developed what he called Transparent Intensional Logic, a semantic theory within which to analyse both natural and artificial languages. This theory is devoted to the central problem of saying exactly what it is that we learn, know and can communicate when we come to understand what a sentence means. The theory remains one of the most inspiring and controversial doctrines of contemporary philosophical logic, attracting passionate defenders and equally fierce opponents.

Other Mathematicians born in Czech Republic

Other websites about Pavel Tichy: