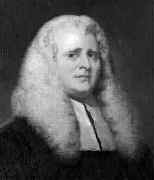 John Wilson's father was also called John Wilson and he lived at The How in Applethwaite where his son was born. John Junior, the subject of this biography, attended school at Staveley, near Kendal. From there he entered Peterhouse, Cambridge matriculating on 29 June 1757, and he was the Senior Wrangler in 1761. This means that he was the best of all the First Class students to graduate after taking the Mathematical Tripos.

Before he took his final examinations Wilson had already gained a strong reputation and he had also attracted considerable attention by defending Waring, who was the Lucasian Professor of Mathematics, from strong attacks which had been made on him as a result of his text Miscellanea analytica Ⓣ.

On 7 July 1764 Wilson was elected a Fellow of Peterhouse and he taught mathematics at Cambridge with great skill, quickly gaining an outstanding reputation for himself. However, he was not to continue in the world of university teaching, for in 1766 he was called to the bar having begun a legal career on 22 January 1763 when he was admitted to the Middle Temple. It was a highly successful career, too.

He is best known among mathematicians for Wilson's theorem which states that:-

This result was first published by Waring, without proof, and attributed to Wilson. Leibniz appears to have known the result. It was first proved by Lagrange in 1773 who showed that the converse is true, namely:-

Almost certainly Wilson's theorem was a guess made by him, based on the evidence of a number of special cases, which neither he nor Waring knew how to prove.

Almost certainly Wilson's interest in mathematics continued during his legal career for he was elected a fellow of the Royal Society on 13 March 1782. He was appointed king's counsel on 24 April 1782, and became a bencher of the Middle Temple a couple of weeks later on 10 May. He became a member of the Court of Common Pleas on 6 November 1786 which had been set up to make judgements in cases of civil disputes between individuals. At the time that Wilson served on this body it was one of three courts which dealt with common-law business. He was called as a sergeant-at-law, also on 6 November 1786. Just over a week later, on 15 November, he was knighted.

On 7 April 1788 Wilson married Mary Ann Adair, who was the daughter of a sergeant-at-law; John and Mary Wilson had a son and two daughters. The marriage, however, was not to be a long one for Wilson died only five years after his marriage. Many considered that his health had suffered through overwork. Certainly he pressed on with his duties with great vigour and he was appointed a commissioner of the great seal on 15 June 1792. He held this position until 28 January 1793 but, shortly after this, his health deteriorated badly and he decided to make a visit to Lisbon in an attempt to recover. With little signs of improvement he returned to England going to live in Kendall where he had been brought up.

Wilson was held in high regard by his contemporaries as the following quote shows (see [2]):-

... no man of the profession is held in superior estimation, either on account of his professional abilities, amiableness of manners, or benevolence of heart.

Other Mathematicians born in England
A Poster of John Wilson

Other pages about John Wilson:

Other websites about John Wilson: