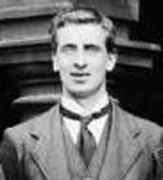 Thomas Lancaster Wren was the son of the schoolmaster, Thomas Wren (born 1852 in Oxford), and his wife Amy Elizabeth Lancaster (born 1857 in London). Thomas and Amy Elizabeth were married on 5 August 1884 in Hammersmith, Middlesex, England. Thomas, the subject of this biography, entered Latymer Upper School in 1896. This independent school in Hammersmith, London, was an ancient one founded in 1624. It moved into new buildings in 1890, the year after Wren was born, and these buildings are still part of the school today. When Wren studied there it was a boys' school and, after an excellent education, he graduated in 1908. Later that year, he entered St John's College, Cambridge, to study the Mathematical Tripos. At first he was a pensioner and later he became a foundation scholar. His undergraduate career was outstanding and he was a Wrangler (First Class student) in Part II of the Tripos in 1911 and a Rayleigh prizemen in 1913. It is reported in [4] that:-

Mr Thomas Lancaster Wren, who took a first class in the mathematical tripos in 1909 and 1911 [has] been elected to a fellowship in St John's College, Cambridge.

Wren held this fellowship from 1913 to 1919 and, in addition, he was an Assistant in Mathematics at Bedford College, London, during the academic year 1913-14. He was appointed as a College lecturer at the University of Cambridge in October 1914. His research had been on geometry and he submitted a major paper to the London Mathematical Society in November 1915. The paper was published in 1917 and you can read Wren's introduction at THIS LINK.

Now, by the time Wren was appointed as a College lecturer at Cambridge, Britain was already at war having declared war on Germany after that country invaded Belgium on 4 August 1914. Wren had been in the Officers Training Corps while an undergraduate at Cambridge and, after teaching at Cambridge for the academic year 1914-15, he joined the Army.

The development of air defences was part of the duties of the Ministry of Munitions during World War I. One of its functions was "to investigate and experiment upon means for dealing with aircraft attack." In early 1916 they set up the Anti-Aircraft Experimental Section to take up this new area of research. Looking for bright young men to staff the Section, G H Hardy's advice was sought. He recommended two of his students, Arthur Milne and Ralph Fowler [2]:-

As the war progressed other mathematicians and electrical engineers of all ages were recruited or volunteered - the main requirement being an ability to calculate trajectories and fuze curves. Cambridge supplied several members of the group, including Thomas Lancaster Wren, a geometer "addicted to the purest of pure geometry" ...

Other mathematicians serving in the Anti-Aircraft Experimental Section included William Edward Hodgson Berwick who was one year older than Wren and had taken the same Cambridge Mathematical Tripos examinations one year earlier. Also working in this Section, in addition to Arthur Milne and Ralph Fowler who we mentioned above, was Herbert William Richmond. Richmond was much older than Wren and had graduated from Cambridge before Wren was even born. The interplay between these mathematicians working in the Anti-Aircraft Experimental Section was very effective and Wren always said what stimulating contacts he had made at that time.

The war ended in November 1918, and in February 1919 Wren returned to his position as a fellow and College lecturer at Cambridge. However, he only taught at Cambridge until June 1919 for he was appointed as a Reader in Geometry at University College London, taking up the post in the autumn of 1919. He continued to teach at University College London until he retired in 1954. We quote from [1] regarding his contributions:-

Although geometry was not to everyone's taste, Wren's enthusiastic exposition of projective geometry attracted a number of good students. His detailed knowledge of the subject almost invariably gave rise to examination questions which concluded exhaustingly with "Show, further, that". Although he wrote voluminous lecture notes, none of these found their way into a book of his own (perhaps he felt that H F Baker was saying everything in 'Principles of geometry'). However, it should be recorded that L N G Filon dedicated the second edition of his 'Introduction to projective geometry' to Wren, acknowledging that without Wren's friendly and unselfish help he could never have accomplished his task.

My dear Wren
You once said to me, in conversation, that you had been "brought up" on the original edition of this book. Without your friendly and unselfish help I could never have accomplished the task of warming up your infant food, however imperfectly. I hope you will not be entirely displeased with this result of our cooperation, and in that hope I venture to dedicate to you the following pages.
Yours most gratefully
L N G Filon
June 1935

In the Preface to the Fourth Edition, Filon wrote:-

I owe a specially heavy debt of gratitude to my friend and colleague, Mr T L Wren, Reader in Geometry in the University of London, University College, for his invaluable help and suggestions throughout. Mr Wren very kindly undertook the laborious task of looking over the whole manuscript of the revised work and has actually checked practically every example, and suggested many new ones. It is not too much to say that, but for his devoted help, it would have been impossible to complete the revision of the book in the very limited time at my disposal. Many of the changes in nomenclature are based on his suggestions.

We continue with the quote from [1] concerning Wren's geometry contributions:-

Wren contributed largely to the establishment of projective geometry as a principal subject of undergraduate study in college and university, thus preparing the way for others to widen the scope of geometry and to take account of the related rapid advances in algebra. A joint seminar, established by J G Semple and Wren and held alternately at King's and University Colleges, promoted the exchange of such ideas.

Geometry was not Wren's only contribution. He lectured on the history of mathematics as part of a 1919-20 course given in the Department of History and Philosophy of Science of University College London on the history of science. Another of his contributions is mentioned by Thomas Arthur Alan Broadbent in [3] (we have slightly modified the quotation):-

G H Hardy, in his 'Divergent Series', asserts that Francis William Newman (1805-1897) [brother of John Henry Newman (1801-1890)] was for a time Professor of Mathematics at University College, London; this seems to be a mistake. Mr T L Wren very kindly looked into this matter, and told me that while Newman was Professor of Latin from 1846 to 1863, there is no evidence that he held the chair of mathematics, though of course it is possible that he had occasionally given lectures on mathematics [as indeed he did].

Although Wren only published four papers, he did also write some excellent review articles such as his review of The Theory of Ruled Surfaces (1931), by W L Edge.

To his colleagues and students, Wren was kind, unassuming, and helpful. In the Common Room, we discovered his skill with 'The Times' crossword puzzles and his detailed knowledge of railway and other communications; matches and an overfilled pipe always seemed to complete the scene. Those of us who knew him more closely were aware of his love of the countryside and of his devoted family life with his two sisters, one of whom survives him. After a long period when he ceased to be able to move about easily but remained otherwise as alert as ever, Wren died on 14th July, 1972. By his will, the College received a handsome legacy.

Other Mathematicians born in England
A Poster of Thomas Lancaster Wren

Other pages about Thomas Lancaster Wren:

Other websites about Thomas Lancaster Wren: