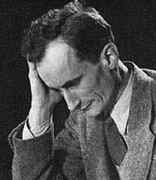 Shaun Wylie's father, Francis James Wylie (1865-1952), was a distinguished classical scholar and the Warden of Rhodes House at Oxford University. He was knighted in 1929. Francis Wylie had married Kathleen, the daughter of Edmond Kelly, an American lawyer living in Paris, on 18 August 1904. They met when Kathleen was a member of Lady Margaret Hall in Oxford. Francis and Kathleen had four sons and two daughters, the eldest of their sons dying in childhood. Shaun was the youngest of his parents' sons.

Shaun was brought up in Oxford in a home often filled by American scholars who were Rhodes Scholars at the University of Oxford. He attended the prestigious Dragon School, a Preparatory School on the northern edge of Oxford. The School was founded by Oxford dons in 1877 to provide a strong academic grounding to children of professors. (One of the founders was a Mr George and this led to the name 'Dragon School'.) From the Dragon School, Wylie won a scholarship to Winchester College, one of the best independent schools in England. The school is situated in Winchester, south west of London, and there Wylie received an outstanding secondary education. Since his father was a classicist, he was keen that his son should study classics at school. Wylie, however, loved mathematics and the College arranged it so that he could study both subjects. He did [5]:-

... all the mathematics that anyone could ever do. And I did all the classics - towards the end - except composition; I didn't have to do proses or verses, but I did all the translations, and the set-books, and the history. It was very civilised.

Winchester College had closed scholarships to New College, Oxford, meaning that they were restricted to pupils at the school. Wylie was able to offer both classics and mathematics for the scholarship examinations. Entering New College in 1931, he studied mathematics for a year but, having covered Hardy's Pure Mathematics at school, found it all too boring. He then decided to change to classics but never found the enthusiasm to put in much work and graduated with a second class degree. Even before he took his final examinations, he knew that he had made the wrong decision in giving up mathematics so he applied for a Commonwealth Fellowship to undertake research in mathematics at Princeton. He was awarded a scholarship but [5]:-

... they were taking a chance on me. I always thought that I got elected because my father ran the Rhodes Scholarships and it was a nice gesture to elect me to a Commonwealth Fellowship. ... Henry Whitehead ... said, "if you want to do mathematics, go to Princeton and read topology. That's the best thing to do."

Wylie spent the three years 1934-37 at Princeton. In the first of these he studied for a Master's Degree and was able to stay for a third year after he was awarded a Procter Fellowship. He described his years at Princeton [1]:-

At that time the University Mathematics Department and the Institute for Advanced Study cohabited Fine Hall, and I had only the vaguest idea of who belonged to what. The topological luminaries were Veblen and Alexander, of the Institute, and Lefschetz, of the University. ... Alexander at least twice announced a series of lectures and each time abandoned it fairly early on. There were, however, satisfying lectures from Lefschetz and Tucker, and after tea there were one-off seminar presentations, generally by research students. ... Princeton was a splendid place to be. Čech was there for a year and Hurewicz. Among the graduate students were Dowker and Steenrod and Wallman. Most people turned up for tea and were ready to talk; and the lecturers were highly available.

He began research under Solomon Lefschetz but ended up being advised by Albert Tucker (although Lefschetz formally remained his supervisor) [5]:-

[Tucker's] lectures were quite elegant, and he communicated (at least to me) a relish for the subject. Lefschetz passed me on to him, and he shepherded me helpfully through my research.

Wylie was awarded a Ph.D. in 1937 for his thesis Duality and Intersection in General Complexes. Albert Tucker writes that in his thesis Wylie:-

... shows how the classical theory of duality and intersection for combinatorial manifolds [see Lefschetz, Topology, 1930] can be extended in a direct way to general simplicial complexes to duplicate the accomplishments of cohomology and multiplication [see Čech (1936)] and even to give greater generality in the results.

He returned to Britain shortly after his oral examination. Robert E Greenwood said in an interview:-

Shaun was one of the nicest fellows I've ever known. I remember at the time that he left he sold all of his possessions there at Princeton. They used to have sort of a garage sale - anybody that was going back to Britain after a few years. I remember going to his garage sale, although I don't think I bought anything.

For the year 1937-38 Wylie undertook post-doctoral research at the University of Aberdeen in Scotland. During this year he represented Scotland at hockey. His father had a Scottish background which qualified Wylie to play for Scotland. He spent 1938-39 as a fellow of Trinity Hall, Cambridge, taking up an appointment as a mathematics master at Wellington College situated about 35 miles south west of London. At Princeton, Wylie had met a fellow British student Alan Turing who was there during 1936-38. When war was declared in 1939 Turing immediately moved to work full-time at the Government Code and Cipher School at Bletchley Park. In December 1940 he wrote to Wylie and invited him to work at Bletchley Park. In February 1941 Wylie began to work with Turing in Hut 8 on the problem of decoding the German Enigma device. Hugh Alexander, who worked in Hut 8 from March 1941, said:-

... except for Turing, no one made a bigger contribution to the success of Hut 8 than Wylie; he was easily the best all-rounder in the section, astonishingly quick and resourceful.

In late 1943 Wylie moved from work on decoding the German Navy Enigma messages to attacking the more demanding messages sent by Lorenz machines. These machines used a teleprinter cipher and were given the general classification 'Fish'. Individual codes were given names as 'Tunny' and 'Jellyfish'. Wylie joined the section in F Block which had been built close to Hut 11 in early 1943. He later said:-

Also in 1943 Wylie met and married Odette Murray, a Wren working at Bletchley Park. They had three sons and a daughter.

When the war ended Wylie took up his academic career again. He was appointed a fellow of Trinity Hall, Cambridge. He is still remembered for his remarkable lecturing abilities. Norman Sanders recalls attending Wylie's lectures on linear algebra [2]:-

He lectured on linear algebra, a somewhat abstract subject for many. But his lectures were miracles of clarity and 50-odd years later I still remember his little diagrams of the undiagrammable with vast amusement. Mathematics is not perhaps the most hilarious of subjects, but in Shaun's hands - and voice - it was pretty close.

He is remembered by a whole generation of undergraduates, however, because of his outstanding textbook Homology theory: An introduction to algebraic topology (1960) which he wrote in collaboration with Peter Hilton. A Heller writes in a review:-

This admirable book is designed to make the transition between the elementary textbook and the research-level treatise in algebraic topology. It begins with concrete geometrical fundamentals and manages nevertheless to introduce its reader to enough of the heavyweight machinery of modern topology so that he may hope to attack the contemporary literature of the field. The plan of the book is bipartite. The first portion is concerned principally with the homology theory of simplicial polyhedra, the second with singular homology. ... [An] account of the contents does not convey the richness of the discussion and the plenitude of examples which indeed are calculated not only to illuminate the systematic discussion but also to introduce the reader to the atmosphere of algebraic topology. This aim is even more evident in the very extensive collection of problems, which range from straightforward exercises to items out of the recent literature ... This is a badly needed book. It does an excellent job of carrying the serious beginning student of algebraic topology to a genuine acquaintance with the field, and seems to this reviewer likely to become a standard work in a domain where indeed it is essentially without a rival.

In 1958 Wylie returned to intelligence work when he took up an appointment as chief mathematician at the Government Communications Headquarters (GCHQ) in Cheltenham. This is the part of the British Intelligence Service which specializes in electronic surveillance and cryptology. He held this position until he retired in 1973 at the age of sixty. Retirement was for Wylie an opportunity to return to one of the things he enjoyed most in life, namely teaching children. He spent seven years teaching mathematics in various Cambridgeshire schools. But we should mention a few of Wylie's other interests.

It will come as no surprise that the man who added so much to decoding at Bletchley Park would be interested in crosswords. Wylie was an expert setter of crosswords and he set the crosswords in the Listener for many years. He used the nom-de-plume of Petti and the reader would need to have abilities like those of Wylie to even understand why. There is an old (15th century) Scottish word wyliecoat which means a petticoat (an underskirt worn by women). Now the link Wylie - wyliecoat - petticoat - Petti become clear. As to other interests, he was [3]:-

... a governor of both Cheltenham College and Pates Grammar School, he was also a founder member of the Social Democratic Party and an active supporter of the Liberal Democrats. He took part in activities organised by the University of the Third Age in Cambridge, including play-reading in the original Greek, impressing his fellow readers of plays until the end of his life.

Other Mathematicians born in England
A Poster of Shaun Wylie

Other pages about Shaun Wylie:

Other websites about Shaun Wylie: