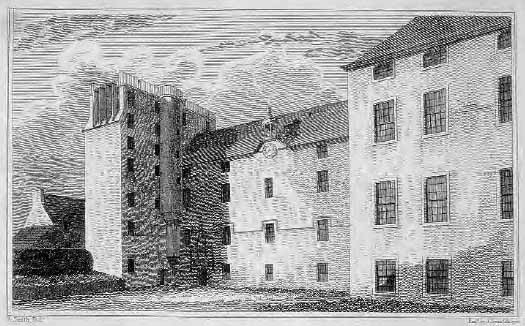 Marischal College was founded in 1593, becoming Aberdeen's second university. King's College had been founded in 1495. The two Colleges merged in 1860 to form the modern University of Aberdeen. The original buildings of Marischal College were damaged by fire in 1639 but repaired. A movement was begun in 1682 for rebuilding part of the College, and this was accomplished about 1700. This building was replaced by the present splendid granite building in the 19th Century.