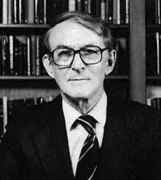 Brooke Benjamin's mother Ethel Mary Brooke was the daughter of Henry Brooke who was an engineer, while his father Thomas Joseph Benjamin was a solicitor and Registrar of the High Court of Justice at Liverpool and at Liverpool Crown Court. Thomas Benjamin [2]:-

... who served with distinction in World War I, was energetic but strict, and [Ethel] was more sympathetic and artistic; she was a good amateur pianist.

Brooke's parents recognised his brilliance before he entered primary school at Wallasey, where his teachers quickly saw his exceptional abilities. When he was eight years old he was sent to a boarding school. This followed in the family tradition but Brooke was deeply unhappy although he still did well in his studies. When he was eleven years old he moved to Wallasey Grammar School which was a day school. However as World War II progressed Merseyside came in for heavy bombing and Thomas and Ethel decided to move to a safer part of the country. They moved, with Brooke and their two younger children, to Mold in north Wales, and there Brooke attended Alun County School.

In 1943 the family returned to Wallasey but shortly after this he took ill and diabetes was diagnosed. He was confined to his home for much of the remainder of his school years although he did manage a very irregular attendance at school. When at home his friends brought him the school work and he progressed well not only with his academic work but also with his music. He began to write music which was performed at concerts in Wallasey.

In 1947 Benjamin entered Liverpool University where he studied engineering but continued to occupy a large part of his time with the Liverpool University Music Society, conducting several concerts in Liverpool. He was also a founder member of the Liverpool Mozart Orchestra which he conducted on a regular basis. After he graduated with First Class honours in 1950 he was faced with the difficult decision of whether to make a career in science or in music. He decided that science would be his career and in 1951 he was awarded a Rotary Foundation Fellowship which allowed him to study at Yale University in the United States. One extremely beneficial outcome of his visit was an improvement in his health for he was shown how to inject himself with precisely the correct amount of insulin to allow him to lead an active and energetic life. He was awarded a Master's Degree by Yale in 1952, then made the return trip to England by ship travelling via Manila and Singapore.

Back in England he entered King's College Cambridge in October 1952 to undertake research in electronics in the Engineering Department. However he became fascinated by fluids experiments which he saw in the hydraulics laboratory which were being undertaken by Geoffrey Taylor and A M Binnie. Benjamin began working on bubbles in liquids, in particular studying how the bubbles collapse when pressure rises. This was an important problem since damage was caused to solid surfaces such as ship propellers and harbour walls by these collapsing bubbles. He was able to use his knowledge of electronics to create bubbles and to photograph them at the point of collapse. He was able to show that as a bubble collapsed one side of the sphere would suddenly indent forming a pointed jet which penetrated the other side of the bubble at high speed.

After being awarded a doctorate for a thesis Cavitation in liquids he was elected in 1955 to a fellowship at King's College, Cambridge. However he had published results before this, namely a joint paper with Lighthill on surface waves. In fact they did not undertake joint research but rather arrived at very similar results at exactly the same time and agreed to submit them in one joint paper. In fact, like most of his projects, Benjamin returned to them throughout his career. In this case he returned to revisit the results of this early paper in what was one of his final papers. In the Journal of Fluid Mechanics in 1995 he published the paper Verification of the Benjamin-Lighthill conjecture about steady water waves. Benjamin's own summary begins:-

The exact problem of steady periodic waves (Stokes waves) on the surface of an ideal liquid above a horizontal bottom is reconsidered in order to confirm a general property conjectured by T B Benjamin and M J Lighthill [in 1954]. Specifically, in terms of parameters r and s, proportional, respectively, to the total-head and flow-force constants for steady flows, such waves are proved to realize points (r, s) inside the region of the (r, s)-plane that is bounded by the cusped curve representing all possible uniform streams. ...

In 1958 Benjamin was appointed as Assistant Director of research, a post which saw him work partly in the Engineering Department and partly in the Applied Mathematics and Theoretical Physics Department.

Benjamin helped set up the fluid mechanics laboratory at Cambridge in 1964 and three years later he was promoted to Reader in Hydrodynamics. Even before that, in 1966, he had been elected a Fellow of the Royal Society. He left Cambridge in 1970 when he was appointed as Professor of Mathematics and Director of the Fluid Mechanics Research Institute at the University of Essex. Hunt writes [2]:-

His particular aim was to show how more abstract mathematical analysis could, as the pioneering Russian school had already begun to demonstrate, really contribute a deeper understanding of different types of flow ...

In 1979 Benjamin was appointed to the Sedleian Chair of Natural Philosophy a the University of Oxford. He was also elected to a Fellowship at The Queen's College. He held these positions until he retired in 1995. Hunt [2] summarises Benjamin's achievements describing:-

... his deep analysis of particular problems, such as the similarities in movements of sea breezes, avalanches and air pockets in tubes; why thin vortices on aircraft wings can behave like shock waves and suddenly become thicker and change the whole flow; how tiny bubbles collapse, and hence cause damaging erosion found on propellers; or how the flexible skins of dolphins and, nowadays, 'smart' submarines can damp out fluctuations in the turbulent flow over their skins to increase their speed and reduce the noise heard by nearby prey or predators.

We have commented on one of Benjamin's early papers above. Another paper which he published near the beginning of his career was On the flow in channels when rigid obstacles are placed in the stream published in the Journal of Fluid Mechanics in 1956. A review explains the main aim of the paper:-

The various effects of lowering a rigid obstacle into a stream of ideal fluid flow under gravity in a horizontal channel are considered by applying the conservation laws of flow rate, energy and momentum. The conditions giving rise to different types of flow are examined; in particular, the conditions causing stationary waves in the downstream are distinguished from those causing a uniform supercritical receding stream. ...

In 1959 he published Shearing flow over a wavy boundary which is:-

... a careful and thorough analysis of the flows over a simple harmonic wavy boundary which is either (a) rigid (b) a flexible solid or (c) completely mobile, as if it were the interface with a second fluid.

O M Phillips states in a review that this paper is:-

An important and very valuable work.

Benjamin received many honours for his achievements, including the Fellowship of the Royal Society referred to above. He served on the Council in 1978-80, the education Committee in 1979-85, was Vice-President of the Society in 1990-91 and gave the Society's Bakerian lecture in 1992. He received the L H Moody Award from the American Society of Mechanical Engineers in 1966, the William Hopkins Prize from the Cambridge Philosophical Society in 1970, a Fellowship of the Royal Society of Arts in 1992, and was elected to the Académie des Sciences of Paris in 1992. In addition he was awarded an honorary DSc from the universities of Bath (1989), Brunel (1991), and Liverpool (1993).

Hunt describes him as follows [2]:-

Brooke Benjamin had a most attractive aura - wise, sensitive and with a touch of mystery - in fact a bit of a Cheshire cat. He was about 6 feet tall, moving slowly, smiling slightly, often with a pipe in his mouth, and speaking so that every word counted. Along with most academics he had strong views on how research should be managed. At Essex he was able to put his ideas into practice, whereas at Oxford he focused more on public issues of science. He continued to play the violin and the piano at home and enjoyed sharing his masterful critiques of musical performances. he wrote poetry for his own enjoyment. He endeared himself to 'technical' academic colleagues by his enthusiasm for Britain's steam railways and for railway museums.

Other pages about Brooke Benjamin:

Other websites about Brooke Benjamin: