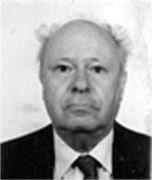 François Bruhat's parents were Georges Bruhat, who was assistant director of the École Normale Supérieure in Paris, and Berthe Hubert. François attended the Lycée Henri IV in Paris, going on to prepare for university entry at the Lycée Saint-Louis, also in Paris. From there he entered the École Normale Supérieure where he studied for his Agrégé de mathematique. He was appointed to the National Centre for Scientific research in 1952 and he worked there until 1955.

After spending three years at the National Centre for Scientific Research, Bruhat was appointed as Maître de Conférences at the Faculty of Science in Nancy in 1955. He was later promoted to professor of mathematics at Nancy. Bruhat published two papers which resulted from a collaboration with Henri Cartan in 1957. These papers Sur la structure des sous-ensembles analytiques réels Ⓣ and Sur les composantes irréductibles d'un sous-ensemble analytique-réel Ⓣ deal with real analytic manifolds with singularities. Bruhat continued his study of real analytic manifolds in a collaboration with Whitney. A course of lecture given by Bruhat in India in 1958 were published as Lectures on Lie groups and representations of locally compact groups and reissued in 1968. The lectures are in three parts. The first covers elementary properties of Lie groups, the second covers the general theory of measures on a locally compact group and representation in general, while the final part contains a construction of the continuous sum of Hilbert spaces, decomposition of a unitary representation into a continuous sum of irreducible representations and the Plancherel formula.

In 1959 Bruhat lectured on Lie groups and Lie algebras at Recife in Brazil and his lecture notes were published as Algébres de Lie et groupes de Lie : Résumé des eleçons in the same year. Another lecture course, this time given in India, was published as Lectures on some aspects of p-adic analysis in 1963. By this time Bruhat had an appointment in Paris, having been appointed to the Faculty of Science there in 1961. He was appointed to Université de Paris VII in 1970 and he held this post until 1989. From 1976 to 1981 he was vice-president of the university.

Together with Jacques Tits, Bruhat developed the theory of simple algebraic groups over local fields. They published a number of notes containing their results in this area but a detailed account of the theory of reductive algebraic groups over local fields appeared in their joint 250 page paper Groupes réductifs sur un corps local published in 1972.

Finally we should mention that Bruhat was a member of Bourbaki being a third generation member along with Armand Borel, Alexandre Grothendieck, Pierre Cartier, Serge Lang, and John Tate.

Among the honours that Bruhat received were that he was made an Officer of the Légion d'Honneur and the national order of merit. He was also made Commandeur des Palmes Académiques.
Other Mathematicians born in France
A Poster of François Bruhat

Other websites about François Bruhat: