Born
19 May 1927
Saint-Germain-en-Laye, near Paris, France
Died
12 September 2005
Berkeley, California, USA
Summary
Serge Lang was a French-born mathematician who spent most of his life in the USA. He is best-known for his outstanding undergraduate text-books. 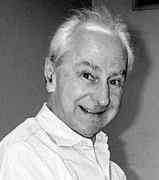 Serge Lang was born in Saint-Germain-en-Laye close to Paris. His father Étienne Lang was a businessman and his mother Helene Schlepianoff was a concert pianist. Serge had a twin brother who became a basketball coach and a sister who became an actress. Serge lived in Paris and attended school there until the beginning of World War II when he was in the 10th grade. The war began in September 1939 but it was not until June 1940 that German troops entered Paris. Serge together with his father and sister fled to the United States where they settled in Los Angeles, California. It was there that Lang completed his high school education and then entered the California Institute of Technology.

Lang graduated from the California Institute of Technology in 1946 with a B.A. in physics. He then served for around eighteen months in the U.S. Army and he was stationed for part of this time in Italy and Germany. After returning to the United States, Lang went to Princeton University with the intention of studying for a doctorate in philosophy. After a year in the philosophy department, he changed to mathematics and Emil Artin became his thesis advisor. He was awarded his Ph.D. in 1951 for his dissertation On Quasi Algebraic Closure. His early publications were in the area of his thesis, for example in 1952 he published three papers: On quasi algebraic closure; Hilbert's Nullstellensatz in infinite-dimensional space; and (with John Tate) On Chevalley's proof of Lüroth's theorem. Perhaps the most significant of his early papers is Number of points of varieties in finite fields (1954) written in collaboration with André Weil.

Lang was an instructor at Princeton during 1951-53 when he was also a visitor at the Institute for Advanced Study. During 1953-55 he was an instructor at the University of Chicago, then he became a professor at Columbia University in 1955. We will discuss some of his passions below, both mathematical and non-mathematical, but let us say at this stage that he was deeply interested in politics and very strongly opposed to the Vietnam War. In 1971 he resigned his position at Columbia University in protest at their treatment of anti-war protestors. At the time he resigned he had no idea where he might find another position. In fact he was offered a position at Yale University in 1972 and he remained there for the rest of his career until he retired in the spring of 2005. On his retirement the president of Yale gave a speech in his honour (see for example [5]):-

Your primary love has always been number theory and you have written, by one colleague's estimate, over 50 books and monographs [actually over 60], many of them concerned with this topic. Several of your monographs are the only, or nearly the only, book treatments of their important subjects. Your famous theorem in Diophantine equations earned you the distinguished Cole Prize of the American Mathematical Society. Your textbooks also have garnered accolades. Your 'Calculus for undergraduates' went through many editions in the seventies and eighties, and your 'Algebra' textbook is a standard reference in the field. So prodigious are you as a scholar that there are actual jokes in your profession about you. One joke goes: "Someone calls the Yale Mathematics Department, and asks for Serge Lang. The assistant who answers says, 'He can't talk now, he is writing a book. I will put you on hold.'"

In your character, you are uncompromising in your insistence on what you perceive as logical consistency and rhetorical honesty, and you have questioned much received wisdom and many authorities in the external world as well as here at Yale. You are an excellent and deeply caring teacher, and in honour of this several years ago you received the Dylon Hixon Prize for teaching in Yale College. Your students keep in touch with you years after they graduate and one has created an endowed fund in your honour. Among your many monographs there is one called 'The Beauty of Doing Mathematics', a collection of three dialogues you gave in Paris in the '80s. Yale is grateful to you for the passion with which you understand, practice and profess the mathematical arts, and wishes you well as you continue your lifelong engagement with their illimitable splendours.

Lang's mathematical research ranged over a wide range of topics such as algebraic geometry, Diophantine geometry (a term Lang invented), transcendental number theory, Diophantine approximation, analytic number theory and its connections to representation theory, modular curves and their applications in number theory, L-series, hyperbolic geometry, Arakelov theory, and differential geometry. His books, although many are on the topics that he was undertaking research in, cover an even wider range of mathematics. Many are based on graduate courses that he was giving. He always said that the best way to learn a topic was to write a book on it. To single out some highlights from such a range of books is almost impossible. However most would agree that Algebra (1965) was the most influential of his graduate level texts [5]:-

Lang single-handedly reorganises and revitalises this fundamental and central subject. The book has had an enormous impact.

You can read the Foreword to this book here:

From now on, Algebra appears with Springer-Verlag, like the rest of my books. With this change, I considered the possibility of a new edition, but decided against it. I view the book as very stable. The only addition which I would make, if starting from scratch, would be some of the algebraic properties of SL(n) and GL(n) (over R or C), beyond the proof of simplicity in Chapter XIII. As things stood, I just inserted some exercises concerning some aspects which everybody should know.

Perhaps Lang's most used undergraduate text is A first course in calculus which he first published in 1964. You can read the Foreword to the text here:

Let us now look at Lang's long campaign against injustices and inaccuracies. He had felt strongly about such matter all his life as his resignation from Columbia University in 1971 shows. However it was around 1977 that he began to fight causes in a more aggressive way. Let us give two examples of causes that Lang fought. First we mention the case of the Harvard political scientist Samuel P Huntington. In the book Political order in changing societies that Huntington published in 1968 he used pseudo-mathematical arguments to prove that in the 1960s South Africa was a "satisfied society". Lang did not believe the conclusion so he looked how Huntington justified this claim and saw that he used methodology which was simply not valid. Lang suspected that he was using false pseudo-mathematical argument to give arguments that he wanted to justify greater authority. It was, said Lang:-

... a type of language which gives the illusion of science without any of its substance.

Lang fought a vigorous campaign to prevent Huntington becoming a member of the National Academy of Sciences in 1986 after he had been nominated. Lang was successful on this occasion and also on a second occasion when Huntington was again nominated. A detailed description of these events was published by Lang in Academia, Journalism, and Politics: A Case Study: The Huntington Case which occupies the first 222 pages of his 1998 book Challenges.

The second case we look at as an example of Lang's campaigns is his attempt to discredit the results of The 1977 survey of the American professoriate published in 1979 by Everett C Ladd and Seymour M Lipsett. In 1981 Lang published The File: Case Study in Correction (1977-1979) which consists of copies of correspondence concerning the survey. Lang always liked the facts to speak for themselves so he made relatively little commentary on the documents. He does, however, set out clearly why he fought that campaign and the many others that he fought with equal vigour:

I don't like the nonsense that passes for rational discourse so often in our society. I am very much bothered by the inaccuracies, ambiguities, code words, slogans, catch phrases, public relation devices, sweeping generalizations, and stereotypes, which are used (consciously or otherwise) to influence people.

I am bothered by the inability of many to recognize these for what they are. I am bothered by the way people fudge issues, or are unable to clarify them, sometimes because they are inhibited by "collegiality" and other forms of intimidation (sometimes subtle, sometimes not). Most people put up with the nonsense without doing anything about it (unable or unwilling, for whatever reason - inertia, lack, of energy, lack of interest, lack of time, etc.), often falling into cynicism and despair.

I am bothered by the way misinformation, disguised as scholarship, is used in social, political, and educational contexts to affect policy decisions.

I am bothered by the way misinformation is accepted uncritically, and by the way people are unable to recognize it or reject it.

Lang received many honours for his achievements. For example he was awarded the Frank Nelson Cole Prize in 1959 from the American Mathematical Society, the Prix Carrière in France in 1967, the Humboldt Award for research and teaching in 1984, and the Leroy P Steele Prize for mathematical exposition from the American Mathematical Society in 1999, and the Dylan Hixon '88 Prize for Teaching in the Sciences in 2004. He was elected a member of the National Academy of Sciences in 1985. It is worth noting that although he accepted the Leroy P Steele Prize in 1999, he had in fact resigned from the American Mathematical Society in 1996 in a dispute about an article in the Notices. He made it very plain in his acceptance speech for the prize that he did not wish his acceptance in any way to lessen the arguments he had with the Society.
Quotations by Serge Lang
Other Mathematicians born in France
A Poster of Serge Lang

Other pages about Serge Lang:

Other websites about Serge Lang: