Born
4 May 1888
Dundee, Scotland
Died
30 March 1930
At sea, 65 miles south-east of Colombo
Summary
Raymond Butchart was a Scottish mathematician who was badly wounded in World War I and afterwards returned to Dundee as a lecturer. He was appointed Professor of Mathematics at Raffles College Singapore but died of malaria on his way home on his first leave. 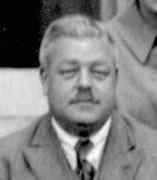 After graduating with a B.Sc. in 1913, Butchart began undertaking research in mathematics at Dundee and at the same time working as a mathematics tutor in the Department. By the end of 1914 World War I had started and Butchart found himself in a difficult position for he was offered an appointment at Wilson College, Bombay, but he was also about to receive a Commission as Lieutenant in the 14th Royal Scots. Steggall writes [1]:-

He consulted me, and all that I could do, without urging him in any direction, was to say, as I had already said to others, that in the country's need every not incapacitated man should offer himself to some branch of the services for national defence; and that no such man, if he were spared, would be neglected by his fellow-countrymen when he returned to his native land.

Butchart took the Commission and acted as Brigade Signalling Officer. Later he became Captain but was severely wounded near the end of the war and he lost a leg. Steggall found himself in a position to offer him a post as an assistant in the department of Mathematics at Dundee. In 1921 Butchart was awarded his doctorate from the University of St Andrews, married Jean Ainslie Broome, and was promoted to Lecturer in Mathematics in University College, Dundee.

In 1928 he accepted the appointment as Professor of Mathematics in Raffles College, Singapore. He and his wife sailed for Scotland early in 1930 to spend their first leave in their home country. It was not to be, for Butchart died of malaria while on the voyage and he was buried at sea, 65 miles South East of Colombo.

Raymond Butchart was a member of the Edinburgh Mathematical Society, joining in December 1914. He was elected to the Royal Society of Edinburgh on 1 February 1915, his proposers being William Peddie, Sir D'Arcy Wentworth Thompson, Peter Comrie, Sir Ernest M Wedderburn.

Other Mathematicians born in Scotland
A Poster of Raymond Butchart