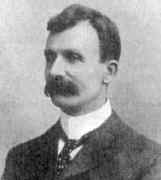 J Watt Butters' parents were John Butters, a tailors' journeyman, and Isabella Watt. He spent three years at the Old High School in Edinburgh, then five years and four months at George Heriot's School in Cowgate Port, Edinburgh, where he was a student teacher. He first matriculated at the University of Edinburgh in October 1882 but as well as studying at the University he also attended courses at the Established Church Training College.

Butters was awarded an M.A. with First Class Honours in Mathematics and Natural Philosophy from the University of Edinburgh in 1894, and a B.Sc. (Pure) in the same year. However he began teaching before completing his degrees. He taught for a short period at Aberystwyth and then at James Gillespie's School, Edinburgh. He became a mathematics teacher at George Heriot's School, Edinburgh, in 1888 [1]:-

There for eleven years he did splendid work, his teaching being characterised by a most inspiring freshness and clarity.

He was elected a Fellow of the Royal Society of Edinburgh on 6 April 1896 having been proposed by Peter Guthrie Tait, George Chrystal, David Fowler Lowe, and John Sturgeon Mackay.

In 1899 Butters left George Heriot's School to take up an appointment as Rector of Ardrossan Academy, Ayrshire [1]:-

... under his guiding hand the Academy soon came to be recognised as one of the leading Secondary Schools in the West of Scotland. During the period of his Rectorship in Ardrossan Mr Butters played a leading part in the Council of the Educational Institute of Scotland, his skill in dealing with the difficult problems affecting such questions as superannuation being widely recognised by his fellow-members.

He held this post until he retired in 1928. After retiring he returned to his native city of Edinburgh, living at 116 Comiston Drive.

Butters joined the Edinburgh Mathematical Society in December 1886. He served on the Committee during the five years 1891-96, secretary for the three years 1896-99, vice-President in session 1899-90, then President for the session 1900-01. He also contributed to the mathematical work of the Society, For example at the meeting of the Society on Friday 11 January 1889, J Watt Butters discussed the solution of an algebraic equation.

His obituary in the Edinburgh Mathematical Notes is at THIS LINK.

His obituary in the Proceedings of the Royal Society of Edinburgh is at THIS LINK.

Mr Butters was a man of exceptionally wide intellectual interests. He was a keen nature lover, and the fells of the Lake District, the peaks of Arran, and the bens of the Highlands had, for him, an irresistible attraction. He was, too, a most loyal friend, and all of us who were privileged to know him held him in the highest regard.

Other Mathematicians born in Scotland
A Poster of J Watt Butters

Other pages about J Watt Butters:

Other websites about J Watt Butters: