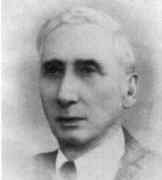 Francesco Cantelli's parents Vicenzo Cantelli and Giulia Pizzoli. He studied pure mathematics at the University of Palermo, graduating in 1899. He wrote a thesis there on celestial mechanics Sulla parentesi di Lagrange con applicazione al moto perturbato dei pianeti Ⓣ and this work on perturbations of the planets was published in 1900. While he was still a student, in 1897, he began working at the nearby Observatory and also, from 1899 to 1903, he taught mathematics in secondary schools. Palermo Observatory, where Cantelli worked, had been quite famous. Its most important discovery had been 100 years before Cantelli worked there, on 1 January 1801, when the asteroid Ceres was discovered. However, it had become less important over the years and was not at the forefront of research at the time Cantelli worked there [8]:-

In his initial research, at the Observatory in Palermo, he tried to verify if the position of the stars mentioned by Dante in the 'Divina Commedia' corresponded either to the year 1300 or to the year 1301. Cantelli's investigation confirmed the hypothesis favouring the year 1301.

Cantelli's work in astronomy involved statistical analysis of data and his interests turned more towards the statistical style of mathematics and to applications of probability to astronomy and other areas. In particular he became interested in actuarial and social applications of probability theory. In 1903 took a job as an actuary at the Istituti di Previdenza where he undertook research into probability theory publishing some important papers, some which we mention below. He founded the Istituto Italiano degli Attuari for the applications of mathematics and probability to economics. He edited the journal of the Institute Giornale dell'Istituto Italiano degli Attuari from 1930 to 1958 during which time it became one of the leading journals in its field.

In 1922, while still working as an actuary at the Istituti di Previdenza, Cantelli qualified to teach in universities. In the following year he resigned his position as an actuary and moved to the University of Catania where he was professor of actuarial mathematics. In 1925 Cantelli was called to Naples where he taught actuarial and financial mathematics. From 1931 he was professor at the University of Rome where he remained for the rest of his life, retiring from his chair in 1951.

His first papers were on problems in astronomy and celestial mechanics and he wrote on Lagrange's method of studying perturbations of the planets. His later work was all on probability, frequency distributions, actuarial science and applications of probability theory. Around 1900 progress in mathematical probability theory was in large part due to the French and to the Russians, and progress in mathematical statistics was mainly due to the British. However others made important contributions, and a number of Italians, including Cantelli, Castelnuovo and de Finetti, did outstanding work in this area. Benzi writes [2]:-

The years between the two World Wars seem to have been a 'golden age' of research on the foundations of probability in Italy. ... from 1900 to 1915 [there was] an interest in the foundational problems of probability, a conviction that logic would play a role in resolving these problems, and varying conceptions of logic, all of which predate and serve as a historical foundation for this 'golden age'.

For some decades F P Cantelli was one of the most prominent Italian contributors to the mathematical theory of probability. Although his name is frequently connected with the name of E Borel, Cantelli's approach to probability is very different from that of Borel.

Cantelli's first publications on probability examined the foundations of the subject in connection with logic, for example in Sui fondamenti del calcolo delle probabilità Ⓣ (1905). He proved the strong law of large numbers, a result which was proved independently by Mazurkiewicz. On this topic he published Sulla legge dei grandi numeri Ⓣ in 1916. In the same year he published La tendenza a un limite nel senso del calcolo delle probabilità; Ⓣ. He continued to develop these ideas in Sulla probabilità comme limite di frequenza Ⓣ and Su due applicazioni di un teorema di G Boole alla statistica matematica Ⓣ both published in the following year. These papers contributed to the debate among some Italian mathematicians about the possibility of defining probability in terms of relative frequencies. Cantelli, in his work on the law of large numbers, was developing ideas which had been first suggested by Jacob Bernoulli in the 17th century. The expression "law of large numbers" was introduced somewhat later by Poisson who studied the weak law of large numbers (as did Chebyshev in his thesis). Around the time that Cantelli worked on the law of large numbers, Borel was also interested in the topic. Regazzini writes [8]:-

... he formulated an abstract theory of probability shortly before the publication of Kolmogorov's 'Grundbegriffe' so ... he was not in a position to deal with random variables as measurable functions and, moreover, considered, implicitly, probability as a completely additive function on a family of events, without emphasizing the role of such a hypothesis in restricting the class of the admissible probability assessments. In spite of these aspects, the Cantelli treatment of stochastic convergence turns out to be exceptionally transparent and quite satisfactory even with respect to the present expositions of the subject.

Financial mathematics was also a topic of Cantelli's research. In this area he published Intorno ad un teorema fondamentale della teoria del rischio Ⓣ (1910) and Genesi e costruzione delle travole di mutalità Ⓣ (1914). In the first of these papers he generalised the Bienaymé-Chebyshev inequality.
Other Mathematicians born in Italy
A Poster of Francesco Cantelli

Other websites about Francesco Cantelli: