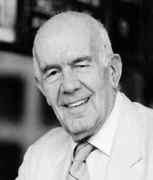 William Wager Cooper was known as Bill to his friends and colleagues. His father, also named William Wager Cooper, was born in Illinois in 1879 and had a variety of jobs from bookkeeper to distributor for the American brewing company Anheuser-Busch. His mother, Rae Rossman, did not want her son to be called Jr despite having the same name as his father. William, the subject of this biography, was the oldest of his parents' children, having a younger sister Emilie and brother Leon. When William was three years old the family moved to Chicago where his father had a prosperous business owning sixteen gasoline stations. Despite Leon being five years younger than William, the boys were very close as they grew up. At this time they were known as Wager and Young Wager, both tough children because they had to survive growing up in a difficult part of Chicago. William became a good street fighter, something that was necessary in the area in which they lived.

Cooper attended grammar schools in Chicago before entering Tuley High School in that city. (Tuley High School, which closed in 1974, was one of the best academic high schools in Chicago). However, times became very hard during the Great Depression which hit Chicago particularly hard with 50% unemployment in the city. Cooper's father became ill and lost everything in the Depression. William dropped out of high school and started to work to earn money. He did this with a variety of jobs, one of which was as a prizefighter. He had 63 bouts, winning all but five (3 losses and 2 draws) fighting under a number of names, usually Bill Williams. He did not want his mother to know that he was boxing. However he also worked in bowling alleys and as a caddy at several golf courses. One day in 1932 he was hitch-hiking to the golf course to do his caddying when he was picked up by Eric Kohler (1892-1976), an accountant with Arthur Andersen. Kohler was amazed at Cooper's talents and suggested that Cooper apply for entry at the University of Chicago. Kohler tutored him over the next year and Cooper was financially supported by a fellowship and also by Kohler. He began his studies in the autumn of 1934 registering for a chemistry degree but changed topics and was awarded a B.A. in Economics in 1938.

Eric Kohler had moved from Arthur Andersen to become controller of the Tennessee Valley Authority in 1937 and, after the award of his B.A., Cooper was employed as his research assistant in Knoxville, Tennessee on an assignment dealing with cost allocation reporting to U.S. Congress and to develop new types of internal audits. By the middle of 1940 this work was complete and Cooper, who had won a fellowship to study for a Ph.D. at the in the Business School of Columbia University, left to begin his doctoral studies. Having successfully completed the course work for his doctorate, Cooper submitted his doctoral thesis to Columbia in 1942. The examining committee did not understand his thesis and, after two thesis defences, still could not agree whether to accept or reject it. Cooper later said that he "fought the committee to a draw." He left Columbia University without being awarded a Ph.D. By this time Kohler was undertaking war work for the U.S. Bureau of the Budget and Cooper joined him as Principal Economist. He was [4]:-

In 1944 he was appointed as Instructor in Economics at the University of Chicago. He had already published The Yardstick of Public Utility Regulation (1943) and, in 1945, in collaboration with Eric Kohler, he published Costs, Prices and Profits - Accounting in the War Program. This article was awarded the American Institute for Accountants prize for the most valuable article on an accounting subject for 1945. By this time Cooper had married Ruth Fay West (1917-2000), the wedding taking place in September 1944. His brother Leon was his best man so the wedding had to wait until Leon and returned for a spell of shore leave since he was serving in the Pacific with the U.S. navy. Perhaps more surprisingly, Leon went with William and Ruth Cooper on their honeymoon. William and Ruth settled in South Ellis Avenue, near the university, where Ruth studied for an A.B. while working for the Chicago Commission on Race Relations.

In 1946 Cooper was appointed as an Assistant Professor at Carnegie-Mellon University in Pittsburgh, Pennsylvania. Well, this is not strictly correct since when Cooper was appointed the institution was called the Carnegie Institute of Technology and it only became Carnegie-Mellon University in 1967. Cooper taught at the Graduate School of Industrial Administration from its founding in 1949. where mathematical rigour became an important part of the courses. It was a direction that suited Cooper who began a collaboration with Abraham Charnes, professor of mathematics at the Carnegie Institute, who was an expert in operations research. Cooper became head of the Operations Research Faculty [15]:-

He was able to attract both funding and problems from external sources, thus providing a real-world focus for theoretical and methodological developments.

On advice from my wife, Ruth F Cooper, who served as the attorney for TIMS, the charter was subsequently revised to meet the legal requirements for incorporation, first in Pennsylvania and later in California.

Cooper and Charnes also founded a journal Management Science. The editorial gave the scope of the journal:-

Articles from any field (industrial engineering, econometrics, operations research, mathematics, statistics, psychology, sociology, political science, etc.) will be welcomed as long as the article furthers the aim of developing a unified science of management.

This volume is composed of two parts: an economic introduction to linear programming and a set of lectures on its mathematical background. In the first part, Cooper and Henderson present the complete solution of a numerical example by the "simplex method" of G B Dantzig. This section is remarkable for the careful explanations of the computational detail accompanied by trenchant economic explanations at many points. In sum, most of the features of linear programming are illuminated by a deceptively simple example. In the second part, Charnes develops chapters from the various mathematical disciplines germane to linear programming, concentrating again on the simplex method; the high quality of exposition is maintained in this section.

Over a long and remarkably productive career, Professor William W (Bill) Cooper has made many pioneering contributions to Operations Research and Management Science, with notable forays into the areas of (a) linear and non-linear programming, (b) goal programming, (c) chance-constrained programming, (d) data envelopment analysis, and (e) manpower planning, among others. His legendary partnership with Abraham Charnes has provided results whose connections go back to the 18th century, bearing on problems conceived but left unsolved by Laplace and Gauss.

Professors Charnes and Cooper are two of the three undisputed founders, contributors, and leaders of that development known as linear programming. These two volumes summarise much of their numerous advances in this field. The authors set themselves the task of writing two books that could serve simultaneously as texts, advanced references, surveys of the state of the art, expository vehicles for standard applications, and monographs of original, unpublished results. ... they have managed to come as close to accomplishing their aim as anyone ever could. ... Professors Charnes and Cooper have published two books worthy of their past reputation. They have indeed established a reference point that will be difficult to match for any future treatises in linear programming.

This textbook by two well known practitioners in this field, is aimed primarily, according to the authors, at persons who are interested in managerial applications of linear programming. The book makes a fine reference volume and should, in addition, appeal strongly to beginners with some mathematical maturity and to those who would like to expend their comprehension of the theory and see more clearly the broad utility of the complex methodology. All too often, articles on linear programming appear either to be written by experts for other experts leaving the unspecialised reader all too quickly lost in a maze of complicated operations and esoteric jargon, or they are popularised impressions at such a low level and with so little technical content as to be of doubtful value to anyone. here, the authors set themselves a difficult task - to show in a clear and concise manner and with little loss of rigour what linear programming is, how to solve problems to which the method is applicable and, to the best of their ability, what the method is capable of doing. They have succeeded in this task.

We have commented already on Cooper's remarkable publication record of over 500 items. Partly this is explained by the length of his career. He retired from Carnegie-Mellon University in 1980 at the age of 66 but this was not the end of his career for he then had a second career at The University of Texas at Austin. He was appointed as Foster Parker Professor of Management, Finance and Accounting in the Graduate School of Business at the University of Texas in 1980 and was a professor in the Graduate School of Business until he became professor emeritus in his eightieth year in 1993. The dean Thomas Gilligan said on Cooper's death in 2012 at the age of 97 [11]:-

William W Cooper came to Texas in 1980 at age 66, already a giant in his field and at a time when many would be preparing for retirement. But as a man who began his work career as a prize fighter from Chicago, he had no intention of slowing down. I speak for generations of Texas business students, and many grateful colleagues, when I say that Bill was a cherished friend, a steady mentor and an inspiration to everyone who knew him.

Perhaps the most stunning statistic of all is that Cooper wrote 325 articles while at Texas. Retirement of the second time at the age of eighty only presented him with more opportunities to undertake research and his publication rate increased [11]:-

While Cooper technically retired in 1993, becoming a professor emeritus, in reality nothing changed in his day-to-day life. He led a structured life, exercising each morning, dining at the Campus Club at lunch, going to his office for e-mail and correspondence, and spending his evenings reading, studying and researching.

... for their fundamental contributions to optimization methods, concepts, and models for problems of decision, planning and design [in] a multitude of fields including: linear programming and inequalities, goals and chance-constrained programming, geometric programming, infinite dimensional and convex programming, network modeling and analysis, fractional and interval programming, prediction and stochastic decision rules, and game theory.

One of his colleagues, Jim Deitrick, Professor of Accounting, gave this tribute, saying that Cooper was:-

... a wonderful human being full of humility, helpfulness and kindness. He was a true friend. He always had time to stop in the hallway, ask what I was working on, offering advice and frequently attending my Advanced Accounting class where he told "his story" to my class. They were spell-bound about how a street thug from Chicago became a friend of Eric Kohler, attended night school, and went on to accomplish incredible things ... even induction in the Accounting Hall of Fame.

In his own words, Cooper once described his career in saying: "We've tried everything to improve the human condition: religion, political systems, but the thing I think we need to rely on, where we've made the most progress anyway, is intelligence. And that's what universities do. They teach, and they develop new intelligence. This is the way I've spent my life, and it is the way I'd like to see the world continue." William W Cooper was a great, kind, and generous person. He contributed to society in many ways.

Let us leave the final word to Cooper himself, said at the time of his 96th birthday [11]:-

I don't want to die from a cold or pneumonia or anything, I want to die from living. That's the way I feel. My life revolves around work. I like solving problems, I like advancing knowledge, and I like helping people.

Other websites about William Wager Cooper: